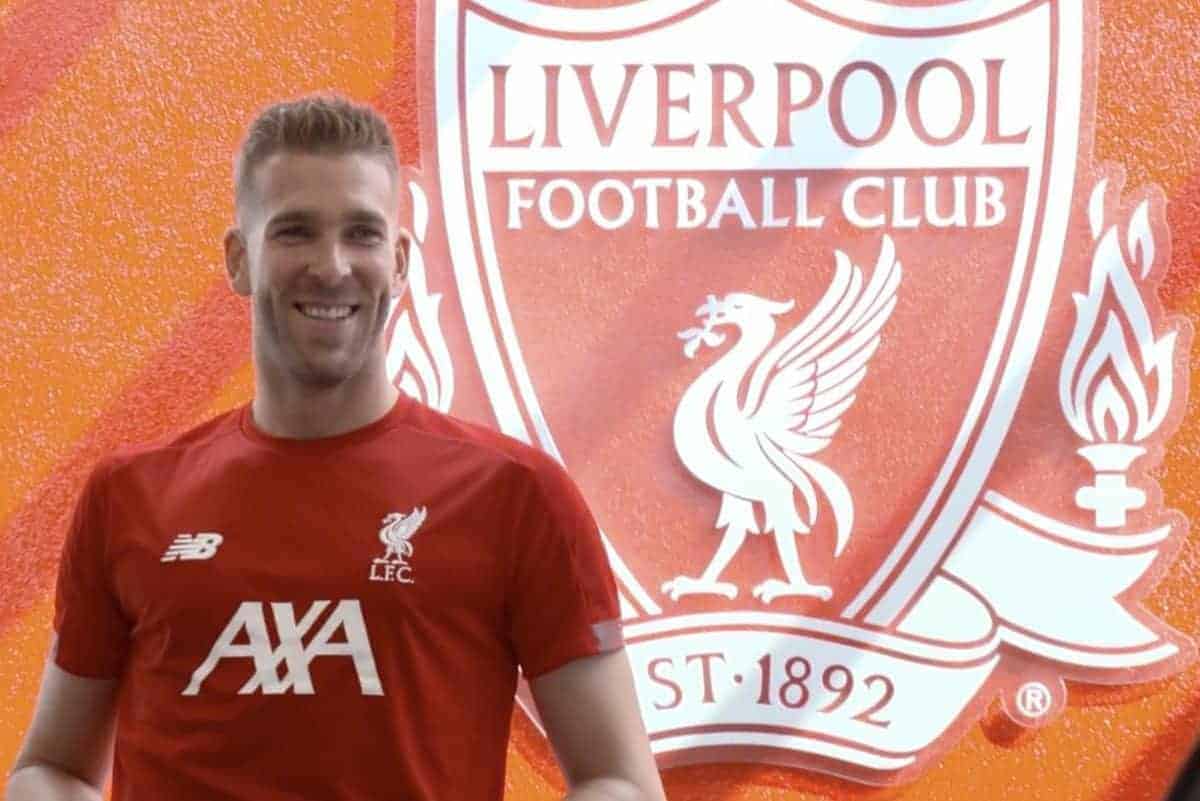 Liverpool’s newest signing of the summer has been hailed as the “perfect solution” to the Reds’ goalkeeping needs by Jurgen Klopp.

Adrian joined the Reds on Monday afternoon, shortly after it was confirmed that Simon Mignolet had completed his own switch from Anfield to Club Brugge.

The club have confirmed that the Spanish goalkeeper, who left West Ham at the end of last season, will wear the No. 13 shirt—as he did for the Hammers.

Usually assigned to the second-choice stopper, the No. 13 was in fact worn by the Reds’ first-choice goalkeeper last season, Alisson, who himself has changed to No. 1 for the forthcoming season.

Previously, the likes of Danny Murphy, Anthony Le Tallec and Karl-Heinz Riedle have worn the 13 jersey, as well as goalkeepers Scott Carson and Alex Manninger.

Adrian will go straight into the first-team squad as the Reds’ sub keeper, starting with the Premier League opener against Norwich on Friday night.

And Klopp says the Reds have found the ideal replacement for Mignolet, whose professional approach and experience of the top flight was vital in his support act last season. 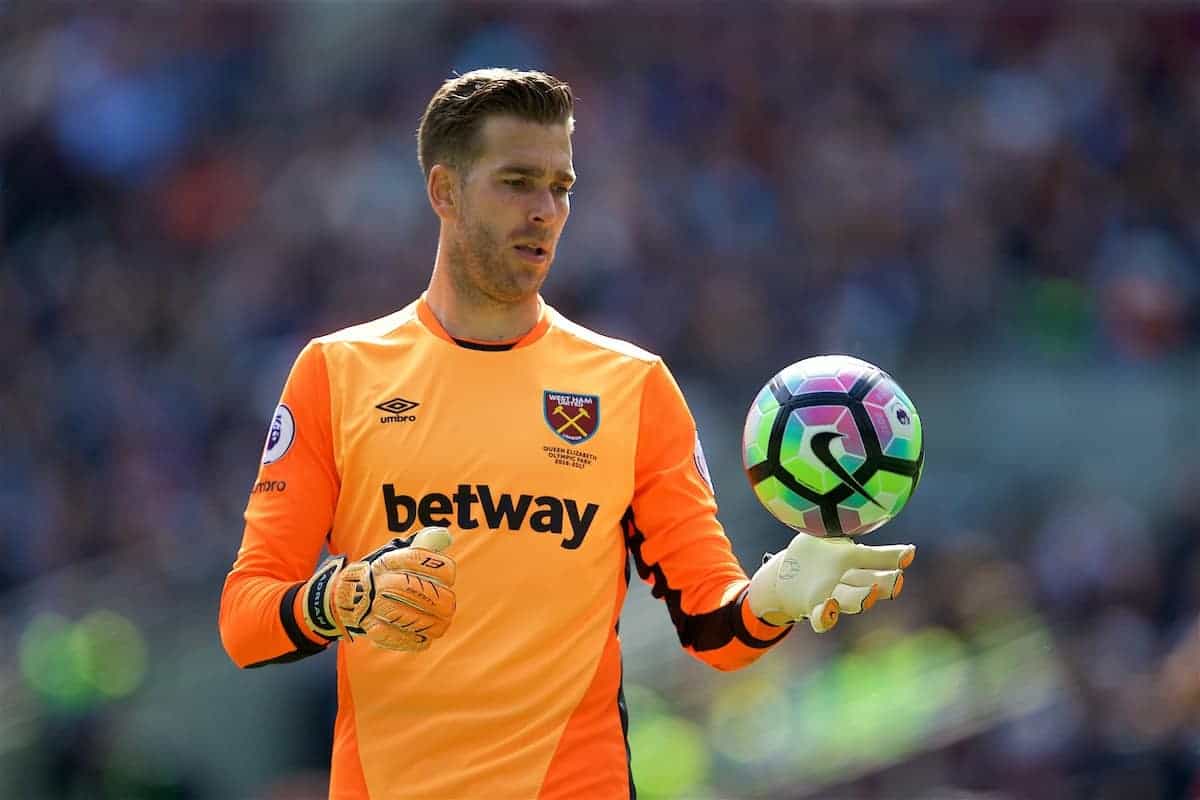 “With Ali and Simon, I felt like we had two ‘No.1s’ and in many ways we have repeated that with Adrian. This is important.

“He is a ‘keeper who knows the Premier League, who has played in pressure situations and has the highest quality.

“They are big gloves to fill because Simon was such an outstanding professional and contributed to the group even when not in the starting XI. Everything we know about Adrian tells us he has the personal qualities to go with his clear playing talent to ensure this area of the team is not weakened.

“We’re all looking forward to working with him.”

Adrian will likely get his chance to play in the domestic cups, but says he will “try to push Ali from the first minute” and is “looking forward to playing [his] first game at Anfield.”