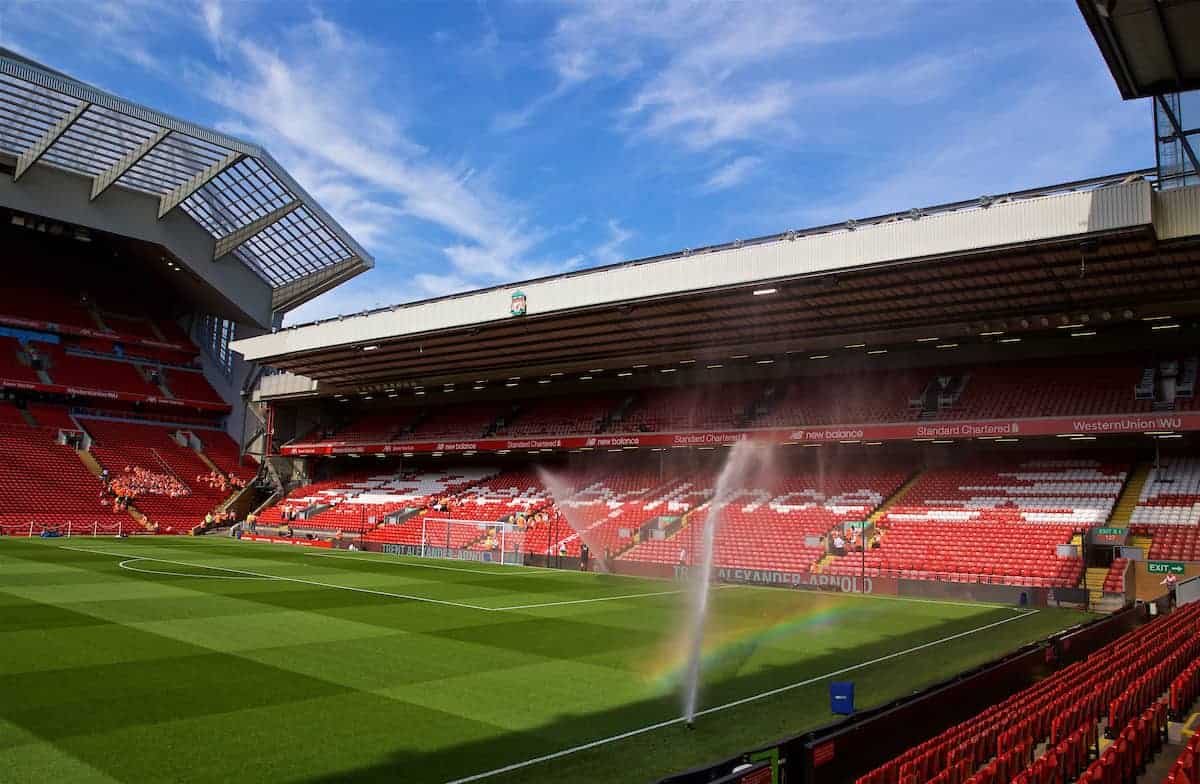 Liverpool have reaffirmed their plans to redevelop the Anfield Road End, with the proposed expansion set to bring Anfield’s capacity to over 60,000.

The current planning permission for the work expires in September, and the club are set to submit a new application to reflect a revised blueprint.

Liverpool confirmed their intentions on Thursday, with “ambitious new plans now under active consideration,” to be put together after “engaging with the local community and other key stakeholders.”

The Athletic’s James Pearce has added that this would raise the capacity above 60,000, following initial plans to add around 4,000 seats.

Anfield’s current capacity is 54,074, following the completion of redevelopment work on the Main Stand in 2016.

“The progress that has been made during ongoing feasibility studies has resulted in us being in a position to allow the outline planning permission to lapse,” Liverpool’s chief operating officer Andy Hughes explained.

“We are committed to working with local residents, planning officials and others as we now focus on the detail behind any proposed redevelopment for Anfield Road.

“Throughout this process we have been clear that our objective is to find the best possible solution for Anfield Road and that remains the case.”

While this is no guarantee that the expansion will go ahead, it is a big step forward with the club and its owners Fenway Sports Group clearly committed to the project.

The proposed redevelopment would make Anfield the second-biggest stadium in the Premier League outside of London, behind only Man United‘s Old Trafford (75,731).