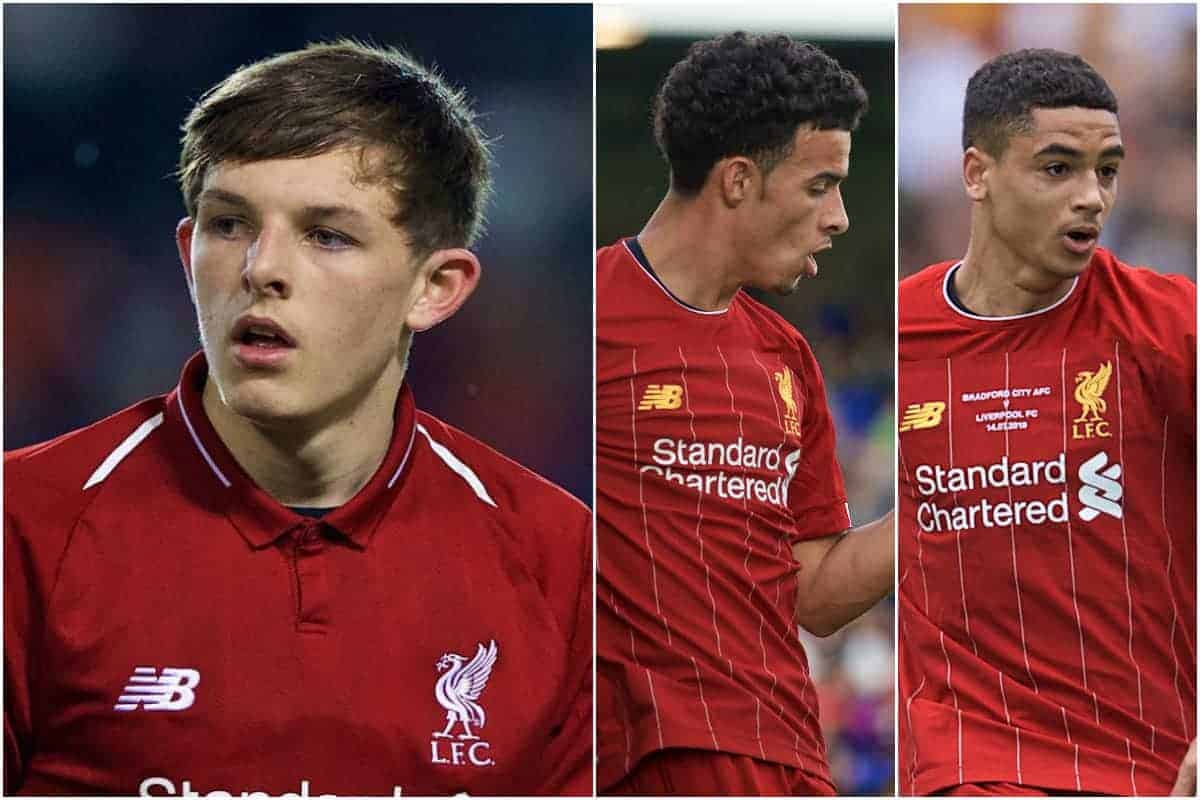 Liverpool under-18s midfielder Leighton Clarkson took part in first-team training ahead of Saturday’s clash with Arsenal, and it has set his sights on a senior role.

Clarkson was a stalwart of Barry Lewtas‘ U18s side last season, and has inherited the captain’s armband from Paul Glatzel as the young Reds head into 2019/20.

The campaign has begun well, too, with a 7-1 victory over his old club Blackburn Rovers followed by a 3-2 win at home to Stoke, but the biggest positive for Clarkson came on Tuesday.

As Liverpool stepped up their preparations for the visit of Arsenal, the 17-year-old was called up to Jurgen Klopp‘s squad for training at Melwood.

There, he found himself part of a viral clip shared on the club’s social channels, tapping the ball home after a brilliant move involving Virgil van Dijk and Andy Robertson.

Though Clarkson’s immediate targets remain with the U18s, speaking to LFCTV’s The Academy, he explained how those who have made a regular step up to the first-team setup have inspired him for the future.

“I don’t only want to become a professional, but I want to win trophies, and with this club,” he said.

“So that motivates me, as well as the likes of Curtis [Jones], Ki [Hoever] and then Yasser [Larouci], Bobby [Duncan], Paul.

“They’ve all had that step up to the first team and that’s what I want to do.”

Clarkson is a hugely talented midfielder, currently at his best in a deep-lying role, and though he is slight he is showing the nous and agility required to navigate dangerous situations.

For Lewtas, it will have been a big boost that he has been able to call upon the teenager—who was part of his first-ever side with Liverpool at under-12s level—for another campaign, along with fellow midfielder Jake Cain.

But the reality of his job is that his best players won’t stay with him for long, though perhaps refreshingly the ex-Wigan and Bolton coach clearly sees this as a positive.

“We’re extremely lucky here that we have a first team that welcomes in the young players,” Lewtas explained.

“Obviously they bring those stories back down. It says very much about what we’re about.

A force to be reckoned with ??? pic.twitter.com/7TZpjmLWvx

“I’m sure he’s looking at first-team players, but at the moment what he’s able to see is some of his peers, being there and seeing it.

“[He has] had a little bit of a taste, and I’m sure that motivates him.”

It will be a long road for Clarkson if he is the emulate the likes of Hoever and Jones in making his first-team debut, and there is certainly vast competition for a spot in the midfield under Klopp.

But he should be encouraged by those first signs at Melwood, and the hope will be that he is given another taste very soon.