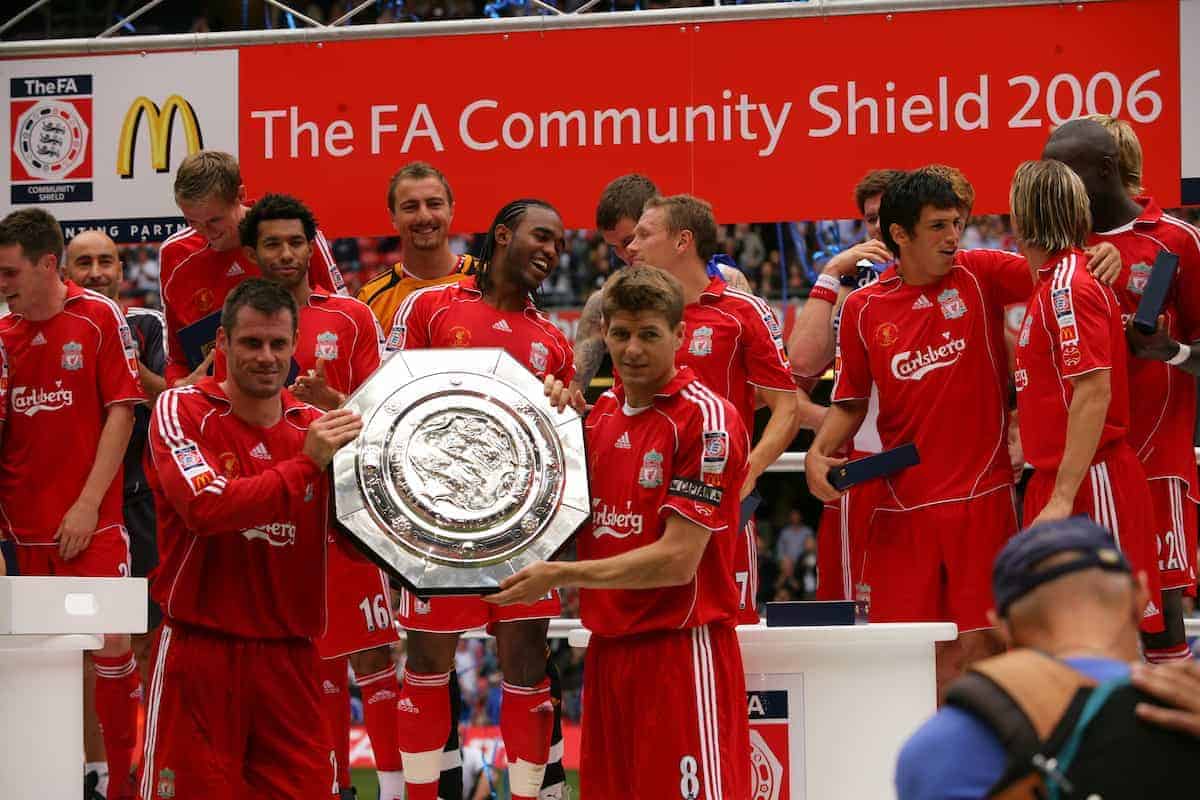 Liverpool play their first Community Shield since 2006 on Sunday as they face Man City at Wembley—but do you remember the team from 13 years ago?

Rafa Benitez and his side had won the FA Cup in stunning fashion a few months earlier, with Steven Gerrard inspiring the team to victory over West Ham.

The Reds then opened the new campaign against Chelsea and triumphed, 2-1 the scoreline, at the Millenium Stadium in Cardiff.

Jurgen Klopp‘s side will hope to achieve the same outcome as that side did, but of course the team is completely changed since then.

So how many of the 2006 vintage can you recall? Here’s a clue for you to save some time: the skipper, Gerrard, wasn’t in the lineup—he and five others came off the bench as Benitez made full use of the six sub allowance for the game.

You have just two minutes to name all 11 Reds—let us know on social media how you fare!