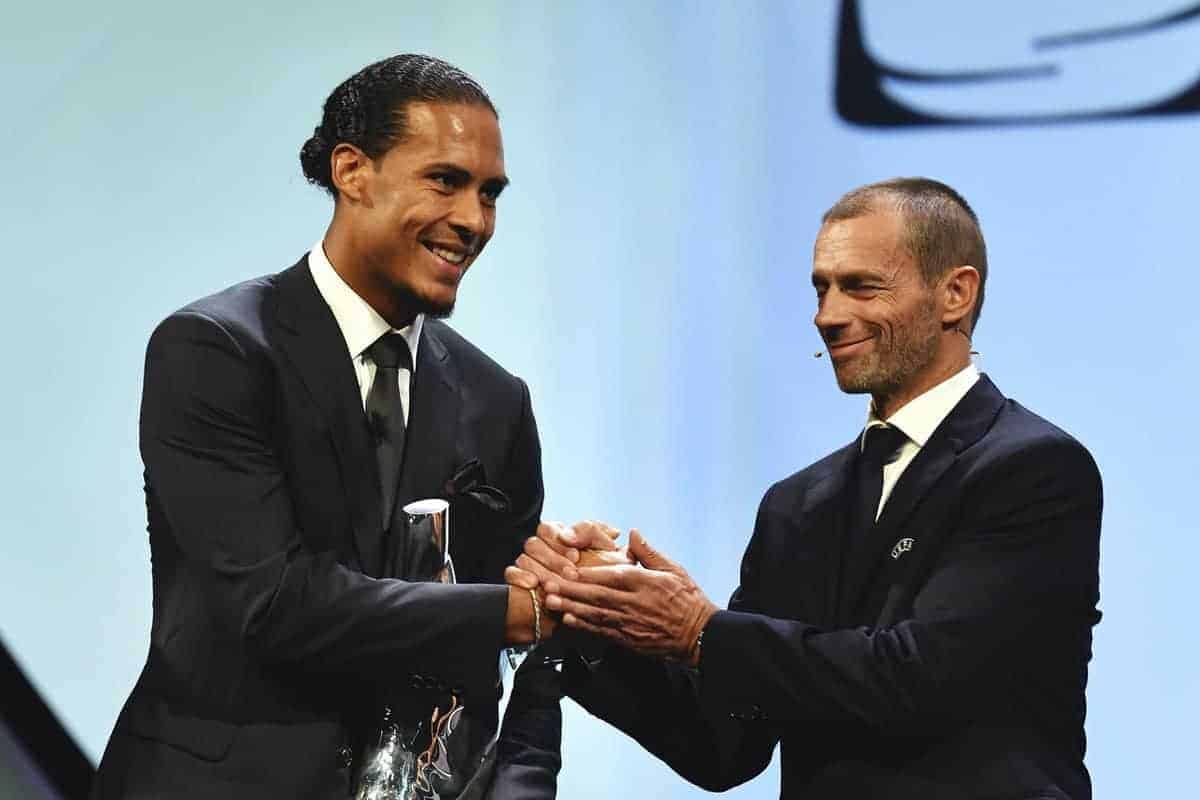 Virgil van Dijk has paid tribute to his Liverpool team-mates and the backroom staff after he was named the UEFA Men’s Player of the Year on Thursday night.

The Dutchman beat both Lionel Messi and Cristiano Ronaldo to win the award, following the Champions League group stage draw.

He becomes the first defender to pick up the prize since its inception in 2010, and this likely makes him a favourite to also win the Ballon d’Or later this year.

Speaking at the ceremony in Monaco, Van Dijk thanked his team-mates as he reflected on the “long road” which has shaped him into one of the best players in world football.

“First of all I think I need to thank all my team-mates,” he said.

“Without them, and without the staff obviously, I wouldn’t have achieved what I’ve achieved over the last year especially. I thank my family [too], of course.

“It’s been a long road, but it’s part of my journey, part of who I am.

“I needed it like this, I’m not a player who was 18 years old and had their rise straight away, I had to work hard every step of the way.

“That’s part of me, and I’m very happy about that.

“But as I said, I’m very proud to get this trophy, and it’s all credit to everyone who has helped me along the way.”

Van Dijk was asked about his role model as a young player and he named Ronaldinho, but restored the focus to those he has played with and worked under.

“I looked up as a young player to Ronaldinho, because he had so much joy in his way of playing,” he continued.

“His tricks, obviously I played a lot on the streets and it was such a great feeling to watch him play [like that].

“But overall, I think all the people throughout the way until now, and obviously who will help me in the future as well, I will always be very grateful for them.”