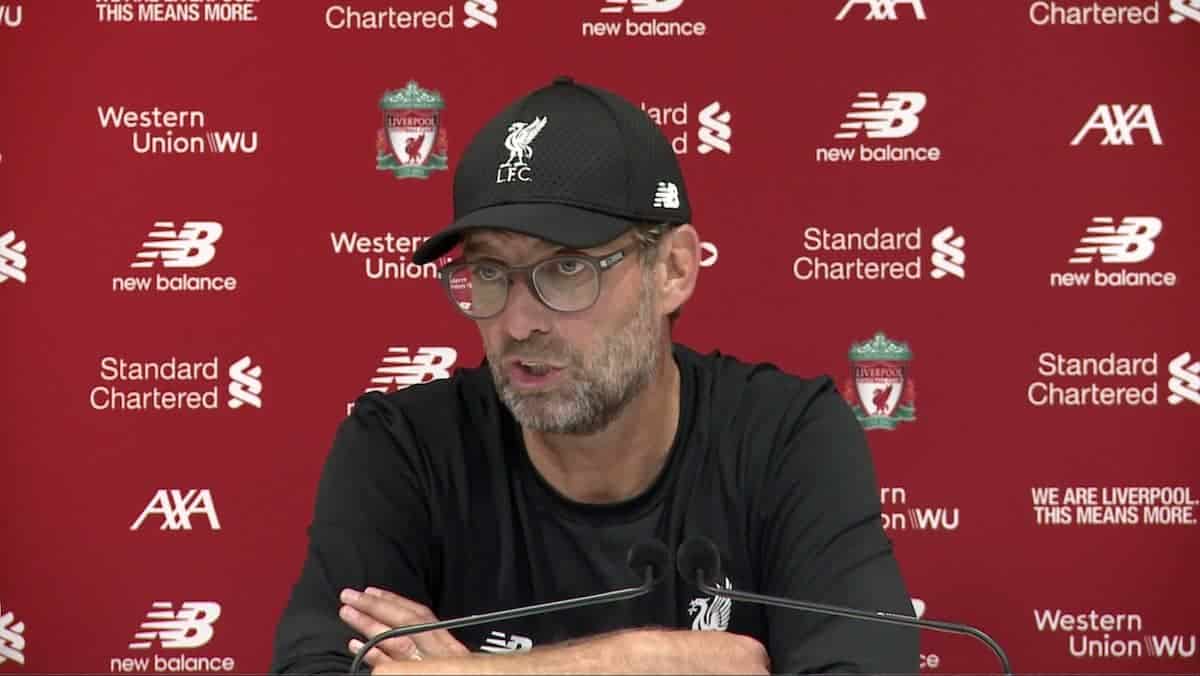 Jurgen Klopp embraced his side’s “desire, passion and energy” after Liverpool dominated Arsenal on their way to a 3-1 win at Anfield on Saturday evening.

The Reds shot out the blocks in their first top-six clash of the season, pressing the Gunners quickly and intensely despite their surprise as Unai Emery fielded a diamond formation.

It took 41 minutes for Klopp’s side to break the deadlock, but three goals came in quick succession—one from Joel Matip before the break, and two from Mohamed Salah in the second half.

Lucas Torreira netted late on, but it proved little more than an afterthought as Liverpool remained top of the Premier League after three games played, as the only side to have won all of their games.

Speaking to reporters after the victory, Klopp expressed his delight at how the Reds were able to perform after a solid week at Melwood.

“I think everything we did well in the first four games, we did tonight longer, more precise and better tuned,” he said.

“I loved the desire, the passion, the power, the energy that we put in this game.

“That made us really uncomfortable to play against, I would say. That’s what we wanted, and so we deserved the first goal.

“I don’t know how many people were on Virg in that moment, it looked like they built something around him, but then Joel was there.

“Big Joel makes this fantastic goal and I think this was a deserved result for half-time.

“The second half, then, the clear penalty, we played nice places until we were there; a lot of good football moments today.

“But you need these decisive moments: penalty, nicely taken and then the third goal is just incredible.

“It was pretty much the story of the game. If we would have controlled it better, that’s probably our real challenge.”

Next up for Liverpool is a trip to Burnley on August 31, and after another week to prepare, Klopp can hope for a similarly energetic performance to round things off before the international break.