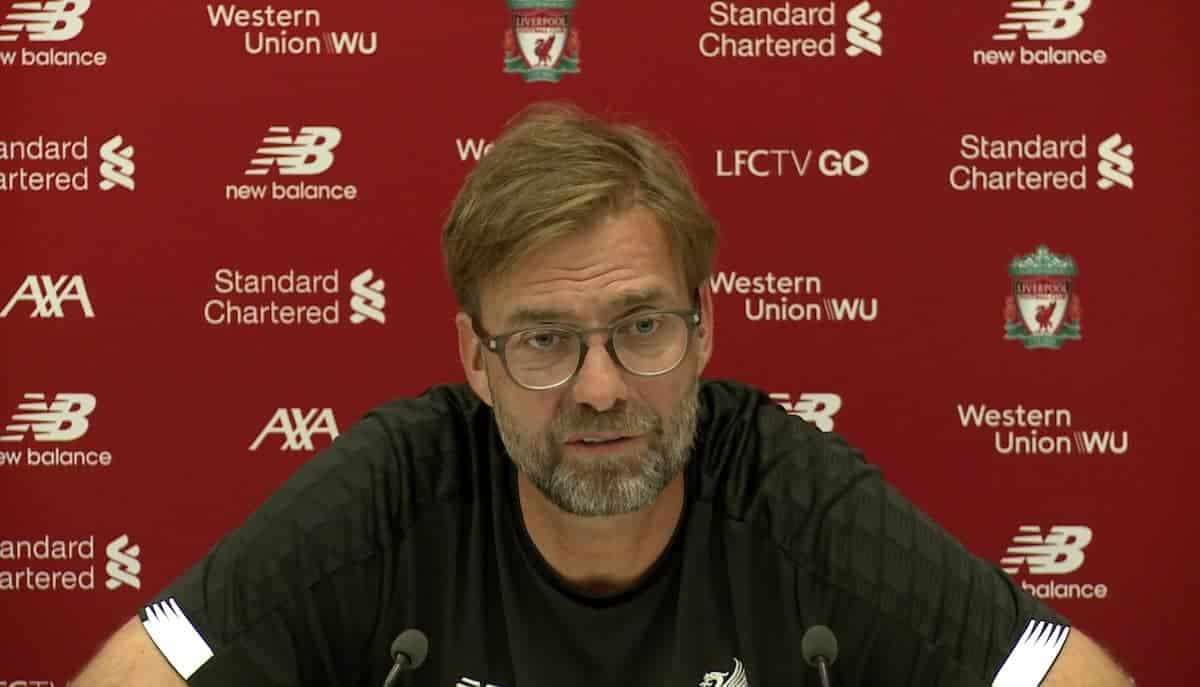 The Reds head to Turf Moor on Saturday evening aiming for their fifth win in five games to start the season—and a clean sweep in the Premier League before the international break.

Most of Klopp’s squad will depart for duty immediately after the weekend’s clash, but Alisson won’t join the Brazil squad as he recovers from a calf injury that has forced Adrian into the starting role.

Speaking ahead of the Reds’ visit to Lancashire, Klopp provided an update on Alisson‘s fitness after he walked onto the stage to pick up UEFA’s Goalkeeper of the Season on Thursday night, as well as his thoughts on Adrian‘s start.

“He made, of course, steps but it was a proper injury, so that will still take time,” he explained,

“As always with professional sportsmen, when you have a muscle thing it takes [a] long [time], then it takes a while until you can bring a muscle in the same level it was before.

“The calf muscle is pretty important for jumping and for goalies it’s important you can jump.

“So it will take time, but thank god we have a fit Adrian; in the back, now in charge.

“So far I’m really happy with everything I saw. Good guy, but most important of course is that he can catch balls.

“The solution we found for it is really good. It would be better if Ali could be around, but it could still take time.”

Klopp also praised Van Dijk after being named UEFA’s Player of the Year, while approaching Duncan’s attempts to leave the club with sensitivity, along with Shaqiri’s desire for first-team football.

The manager also praised Burnley and the work of Sean Dyche, anticipating a “hard” approach from both sides as they fight for three points.