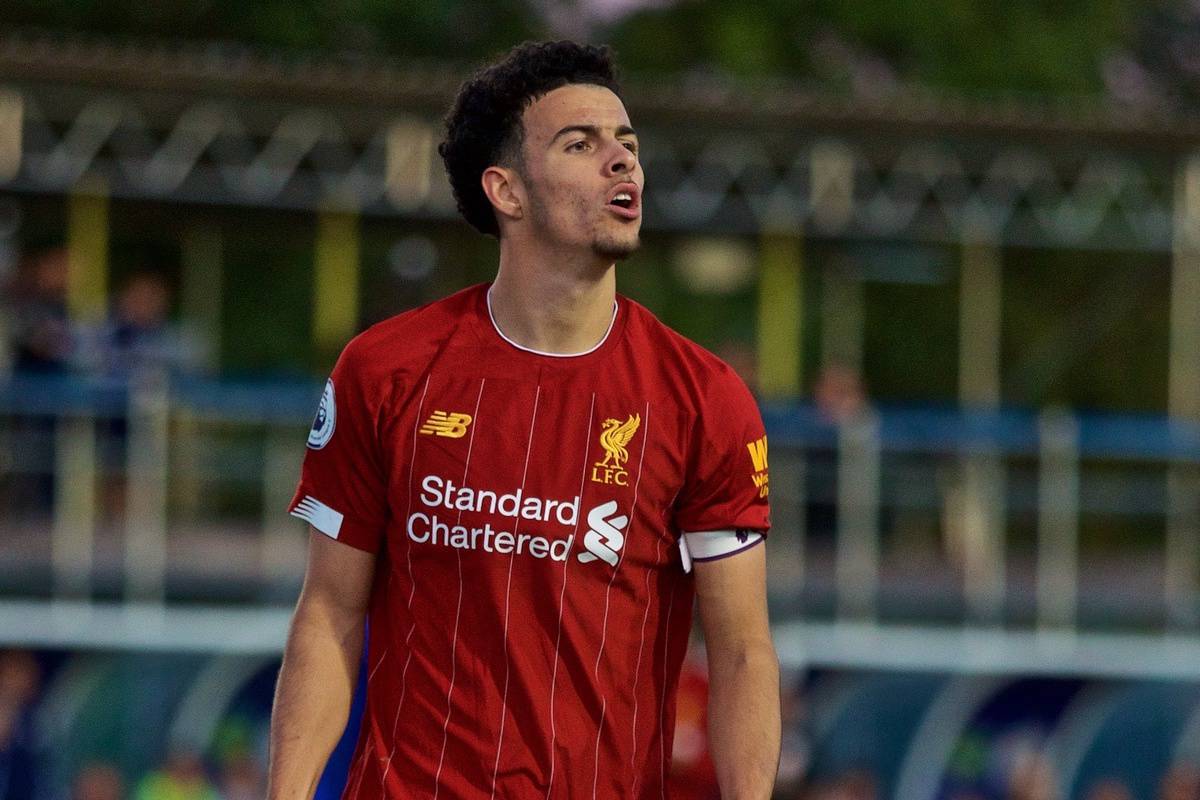 Curtis Jones produced a Man of the Match performance as the Liverpool under-23s sprang a last-minute comeback to draw 2-2 at Leicester on Friday night.

After a frustrating 3-3 draw with Derby last time out, the young Reds were back on the road in Premier League 2 as they took on a Leicester side a point above them in the table.

It was the captain, Jones, who took the reins early on and opened the scoring, with an impressive solo goal seeing him weave into space in the box before firing low past Viktor Johansson with his left.

Liverpool went close to adding a second as Elijah Dixon-Bonner flashed across goal, while Johansson was drawn into a strong save soon after to keep the hosts in the running.

And it soon unravelled for the young Reds as a blind pass from Chirivella allowed Admiral Muskwe to net the equalise.

Critchley’s side were clearly rattled, as a heavy touch from Tony Gallacher saw Muskwe in behind three minutes later to cut back for George Thomas and 2-1.

Kelleher needed to stay alert in the opening quarter-hour of the second half as Liverpool struggled to find their feet after a tough end to the first 45, with their efforts to play out from the back proving ill-advised.

Jones was the spark throughout, constantly shifting into space, demanding the ball from his team-mates and creating half-chances, while Critchley provided him with some more accomplished support down the left with the introduction of Adam Lewis.

Looking to atone for his first-half mistake, Chirivella fired a fierce shot just wide from outside the area, while a smart cross from Lewis almost saw Jones twist free for an leveller.

It ultimately came in the final seconds of the game, as Luis Longstaff was on hand to prod home and seal a much-needed point for Liverpool.