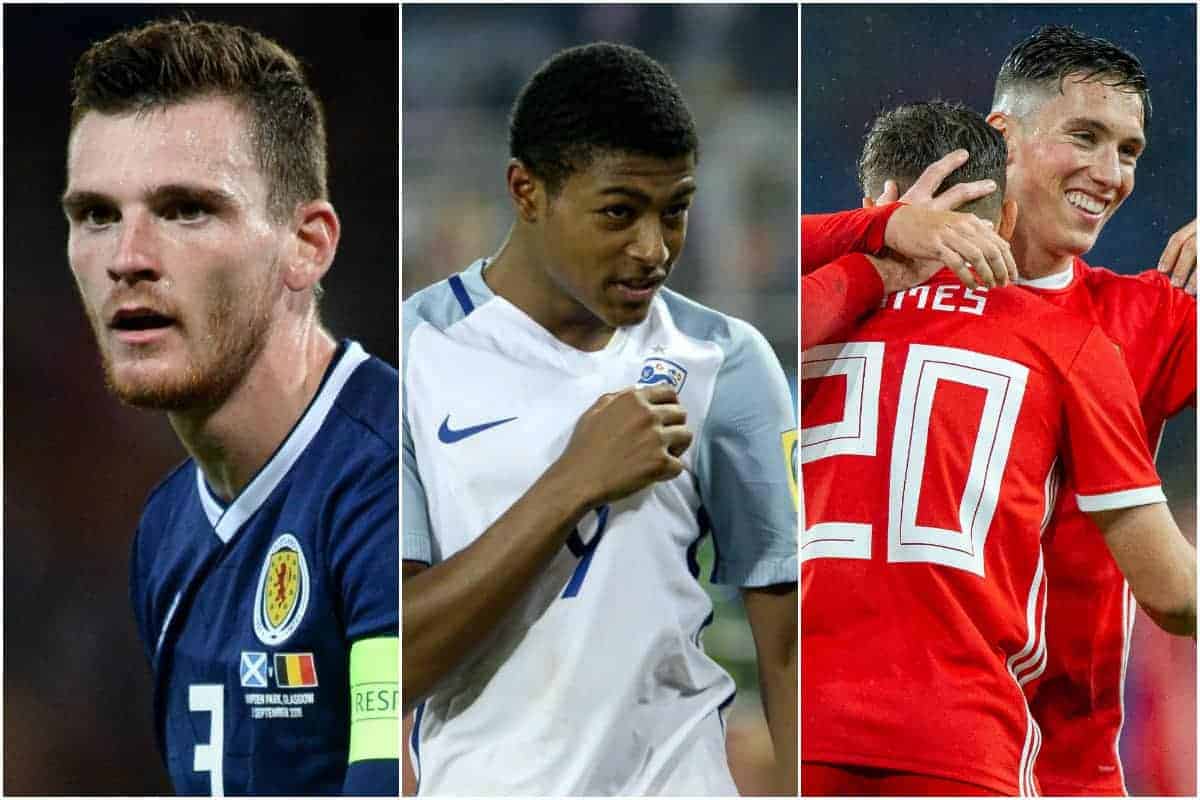 It was heartbreak for Andy Robertson on Monday as Scotland were thrashed 4-0 by Belgium in a qualifier deemed a ‘must-win’ by the captain and his manager.

A despondent Robertson reflected on a 2-1 defeat to Russia on Friday by insisting “there is no other option but to get a result” in the next game, or it would be “verging on impossible to get through this group.”

Unfortunately, Steve Clarke’s side were up against one of the best international teams in the world when they hosted Belgium at Hampden Park.

Liverpool’s No. 26 played the full 90 minutes at left-back, but goals from Romelu Lukaku, Thomas Vermaelen, Toby Alderweireld and Kevin de Bruyne consigned the Scots to another defeat.

Divock Origi remained an unused substitute for Belgium, in a game which likely leaves Scotland needing to claw through the playoffs if they have any hope of reaching Euro 2020.

Elsewhere, Dejan Lovren and Croatia were held to an unlikely 1-1 draw at Azerbaijan, with the centre-back at fault for the equaliser.

Tamkin Khalilzada’s slaloming run into the penalty area on 72 minutes should have been easily thwarted by Lovren, but instead he allowed the left-back to surge past him and fire into the back of the net to ensure a share of the points.

Harry Wilson started and played 89 minutes as Wales won 1-0 at home to Belarus in their friendly, with Ben Woodburn unused.

Following up his debut for the England under-21s, Rhian Brewster again came off the bench in a 2-0 win over Kosovo in Hull, and it was the 19-year-old whose driving run and cross eventually allowed Phil Foden to score his second of the game.

Earlier in the day, Rhys Williams and Curtis Jones both started for the England under-19s in their close-fought 1-0 loss to Germany, while on Sunday, Layton Stewart replaced Liverpool target Joe Gelhardt in the closing stages of the under-18s’ 1-1 draw with Brazil.

James Norris started and played the full 90 as the England under-17s came back to win 4-2 over Austria, with Jarell Quansah and Harvey Elliott remaining on the bench.

Ki-Jana Hoever played the opening 45 minutes in the Netherlands under-18s’ 2-1 loss to Mexico, with manager Peter van der Veen claiming the result was “incomprehensible when you see the first half.”

Continuing his fine start to the campaign, Matteo Ritaccio scored as the United States under-20s produced a 3-0 win over the United Arab Emirates.

Dal Varesanovic also found the back of the net as the Bosnia & Herzegovina under-19s beat Albania 2-0, while Morgan Boyes started in the Wales under-19s’ 2-2 draw with Norway, going on to lose 4-2 on penalties.

Allan Rodrigues was again unused as the Brazil under-23s sealed a 3-1 friendly win over Chile.

Tuesday is set to see Trent Alexander-Arnold start for England in their Euro 2020 qualifier against Kosovo, with Jordan Henderson expected to keep his place and Joe Gomez and Alex Oxlade-Chamberlain hopeful of featuring.

Caoimhin Kelleher and Kamil Grabara could both be action, as could Elliott, Stewart, Norris and Quansah for the England youth teams.

Sepp van den Berg can hope to make his first appearance of the international break as the Netherlands under-19s host Portugal in a friendly.