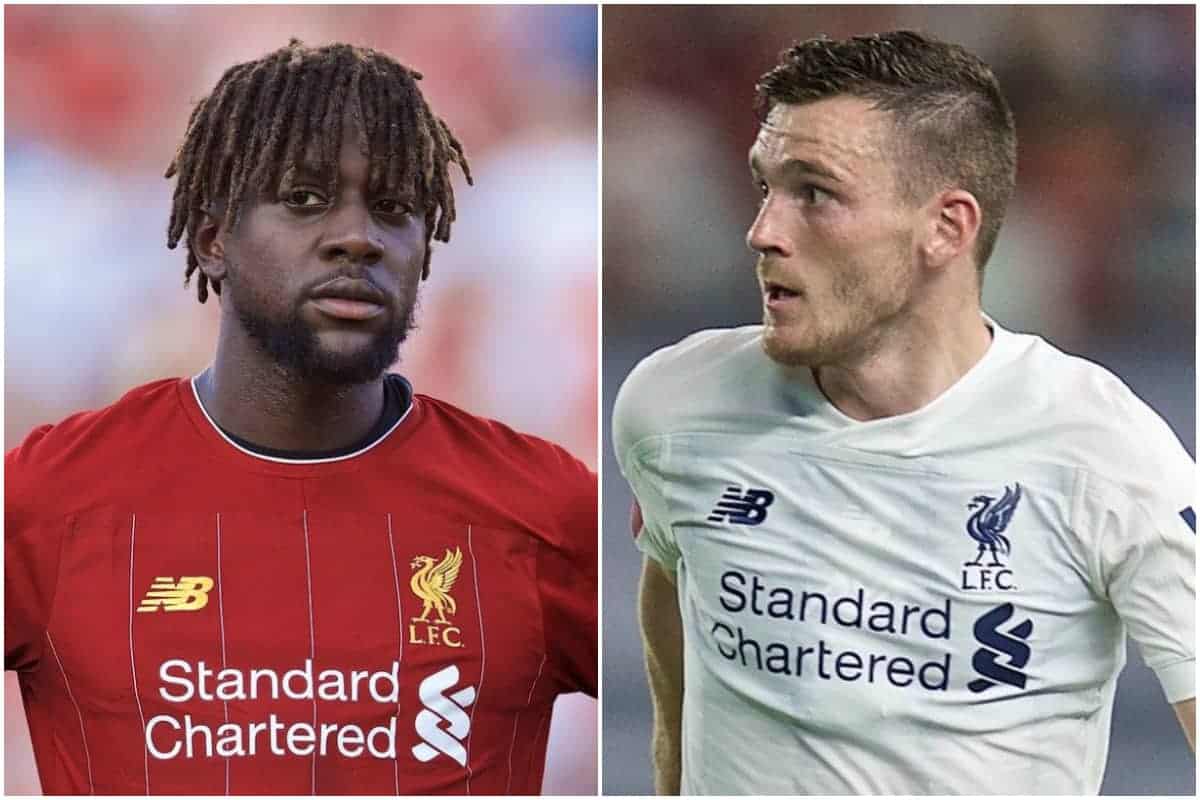 Liverpool have travelled to Naples for their Champions League game without Divock Origi and with doubts over Andy Robertson‘s fitness.

The boss wasn’t asked the usual question about players’ availability in his pre-game press conference, with the squad named earlier in the day.

Ahead of the presser in Naples, Klopp had already given an update on striker Origi’s injury to the club website—noting that he’ll be a couple of weeks sidelined, likely missing games against Napoli, Chelsea, MK Dons and perhaps Sheffield United.

“The update on Div is that it is not too serious,” he said.

“We expect him [to be out for] between one and two weeks, but it depends a little bit on when he can deal with the pain.

“It is nothing really; it’s a feeling, but it should be fine.”

On Andy Robertson, who didn’t train on Monday morning, the boss was more upbeat—but stopped short of guaranteeing his fitness for Tuesday.

“Robbo didn’t train today and we have to see,” Klopp continued.

“It is not a major thing, it was more precautionary today, but it is not 100 percent sure [he will be available]

“We will have to test it tomorrow and then we will see.”

While Origi will simply be replaced by usual striker Roberto Firmino in the starting lineup, and his place on the bench filled by Rhian Brewster, it’s less clear-cut at left-back.

James Milner would more than likely be seen as the go-to replacement for Robertson if he’s unavailable, but Joe Gomez has previously played there for the Reds too.

Neither would be entirely suitable, though, as Robertson is a key outlet for the Reds and delivered his first assist of the season at the weekend—as well as almost scoring.

In addition, while many teams play with wide forwards these days cutting inside onto their stronger foot, Napoli will play right-footed Jose Callejon on the right flank, meaning a left-footed defender would be best-suited for the Reds to combat his threat.