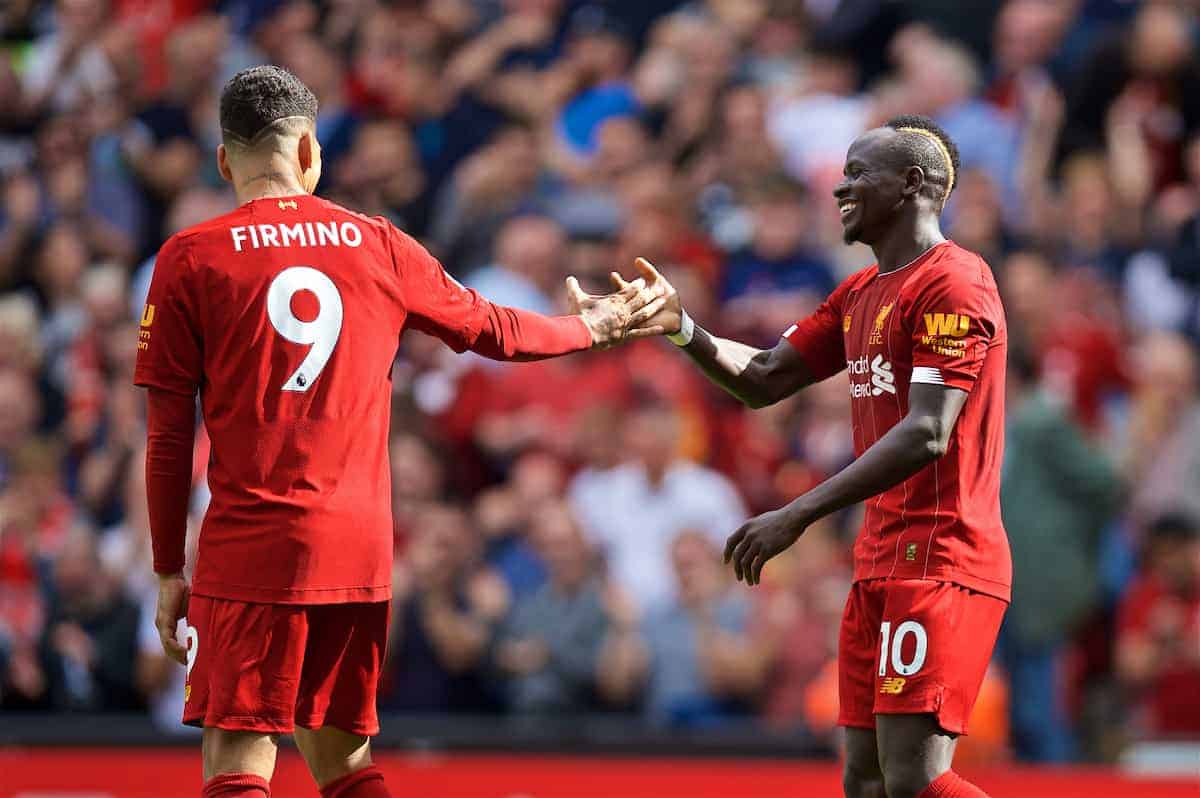 Liverpool returned to domestic matters after the international break with a convincing win from behind over Newcastle, making it five wins from five to begin the season.

Zero he could do about the early opener – unless it was to go with his other arm, perhaps. Not much else to do in the first half.

Decent throws out to launch counters from time to time but was largely as involved as the average fella in the Kop.

Too narrow, dragged out of place and then beaten one-on-one for the early goal. A couple of very good crosses thereafter as the Reds ramped up the tempo and pressure.

Often important in pulling the Newcastle defence out of shape by his runs into the final third, while a few corners also threatened to yield good chances.

Nearly scored at least twice, thwarted by a decent save and a last-ditch block. 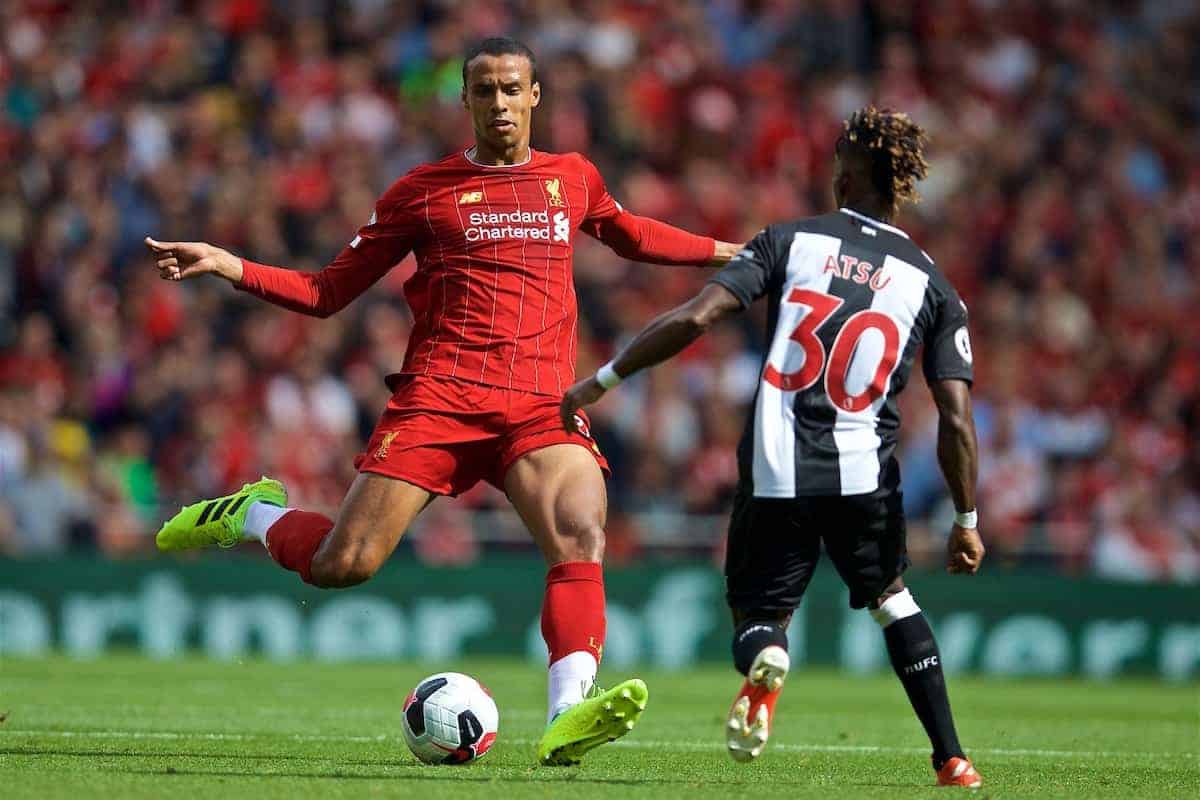 Currently fending off calls to change career to wrestling after surviving a rather brutal slam to the floor in the first half which somehow didn’t result in a penalty.

Defended well, made some good wounded-puppy faces after conceding free-kicks to get away without a card and continues to show remarkable consistency.

Pretty dominant with all his recoveries and the rare times he was tested on the run. Nothing very pretty at all about a long-range shot midway through the first half.

Followed Joelinton about just to boss him into submission, even if no Newcastle team-mate was within 30 yards of him. Very much determined to ensure there were no slip-ups after that first goal and berated his team-mates for any minor faults.

Did brilliantly for the equaliser, just about keeping control while moving at full tilt in a tight space.

Often on the overlap, almost scored when running through off the left into the box and sent over some very good crosses.

Too good, he’s like a cheat code. Just wins all the loose balls, all the physical battles, all the 50-50s.

Nothing else to say about his performance, he just stopped Newcastle playing and made sure Liverpool did. Excellent.

Quietly impressive first half, was one of those who did their part to up the tempo when the Reds were a little sluggish and trailing.

Really good breaking into space in both halves and some nice dribbles past opponents, but also a couple of instances of misplaced passes or overhitting his first touch.

Definitely getting back there, though—should get plenty of game time over the next month with the games coming up.

Pretty good in terms of control and finding spaces between the lines in the first half, without having any definitive impacts.

A lovely attempted lob soon into the second half just landed on the roof of the net, then cruised through most of the match, not really under pressure in either half of the pitch. Subbed off late on.

Good work rate, neat touches but largely quiet in the first 45—quite unusual against the lower-end sides for Mo.

And, to be honest, it was largely the same for the 20 minutes or so after the break—but a couple of dribbles saw him come alive and he scored an exceptional third for the Reds, showing good pace, control and composure to kill the game off.

More endeavour and selflessness about this performance than individual brilliance, but still came up with a big moment. 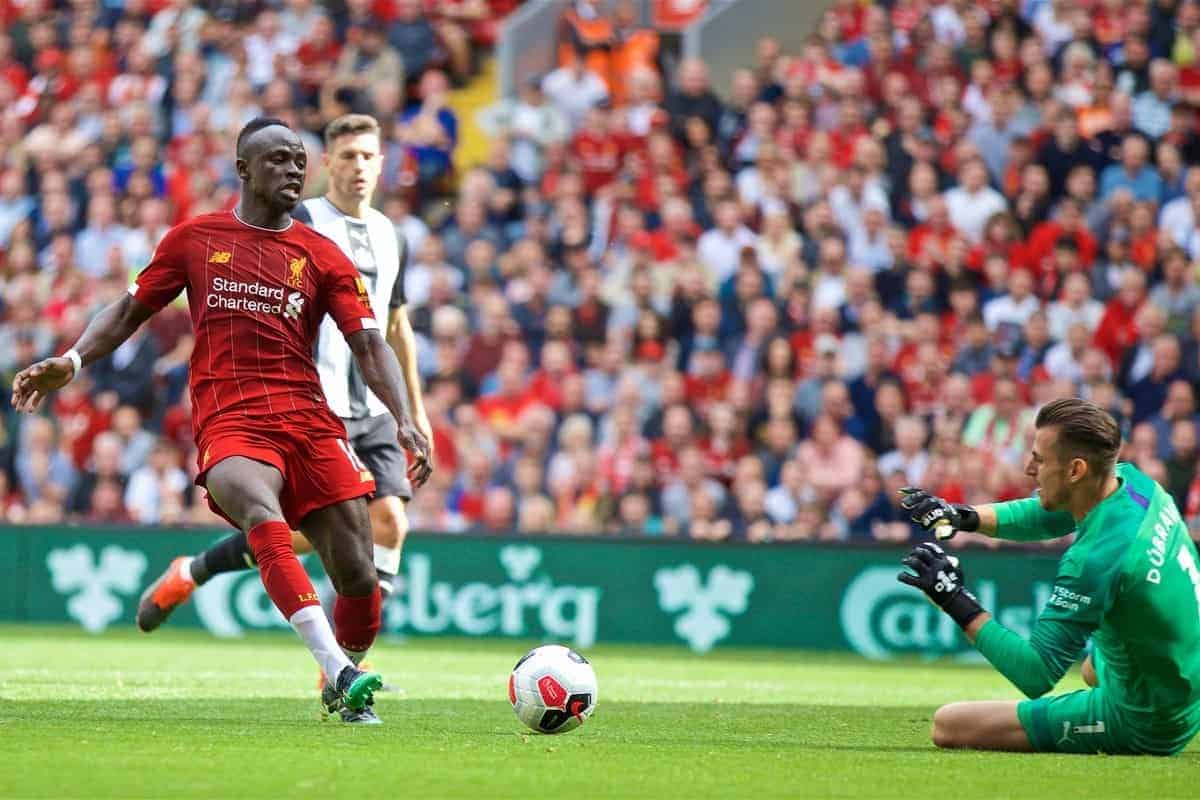 Wonderful, wonderful strike for the equalising goal, then a fine run and quick reactions for his second. Even aside from the goals he was the main man for the Reds’ revival, with clever movement and quick footwork.

Very close to a hat-trick a couple of times, denied it late on by the offside flag.

Normally, this would be enough for a man of the match performance, it was that complete and that good.

Ineffectual on the left in the early stages and sustained a twisted ankle. Moved centrally, which helped the Reds, but had to depart just after the half-hour mark. 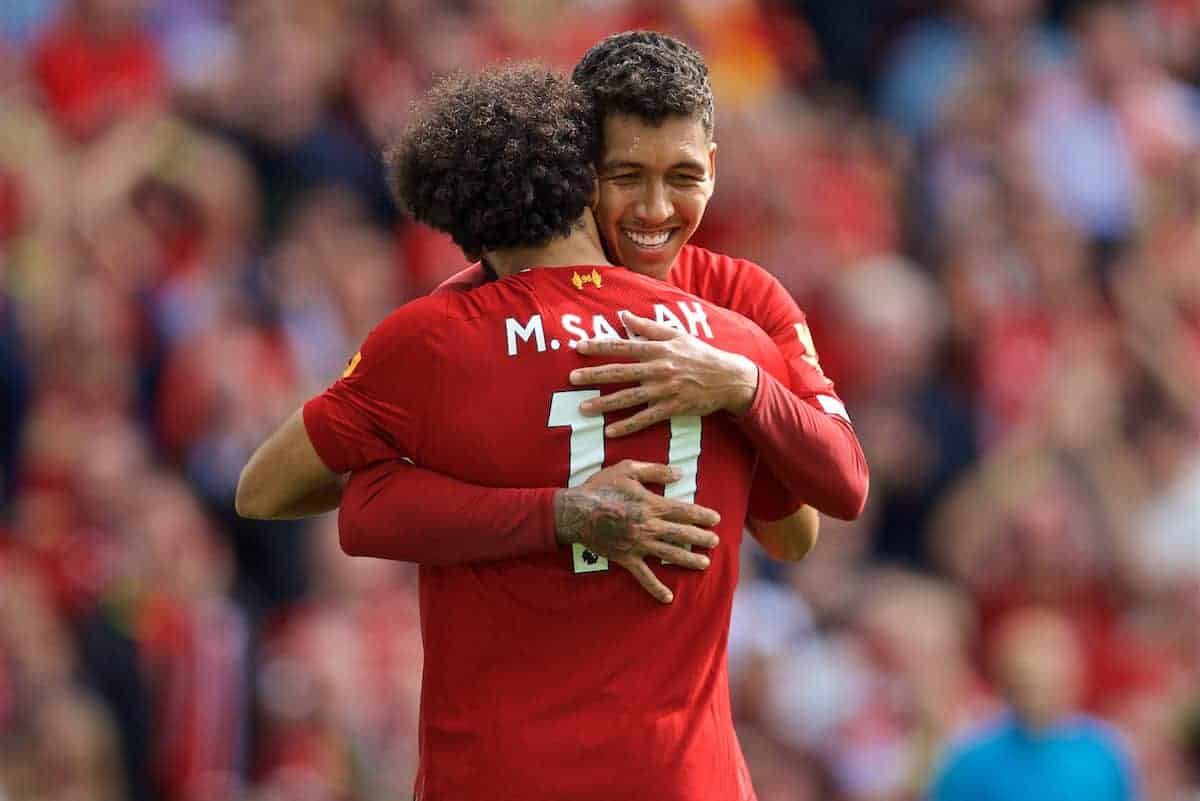 Took him all of three minutes to win back the ball, feed a magnificent pass and set up Mane’s second. His assist for Salah’s goal was a thing of beauty too, a touch and backheel to split Newcastle‘s eight-man defence asunder.

Lofted passes, backheels aplenty, lots of his usual vision and selflessness and some brilliant through-passes—he played an hour and the Magpies couldn’t cope.

Is he the best? Si señor.

Usual decent effort, kept play going quickly and didn’t let anybody break past him on the counter.

Not much time but good to see him play some part after sitting out of international duty to improve his club prospects. 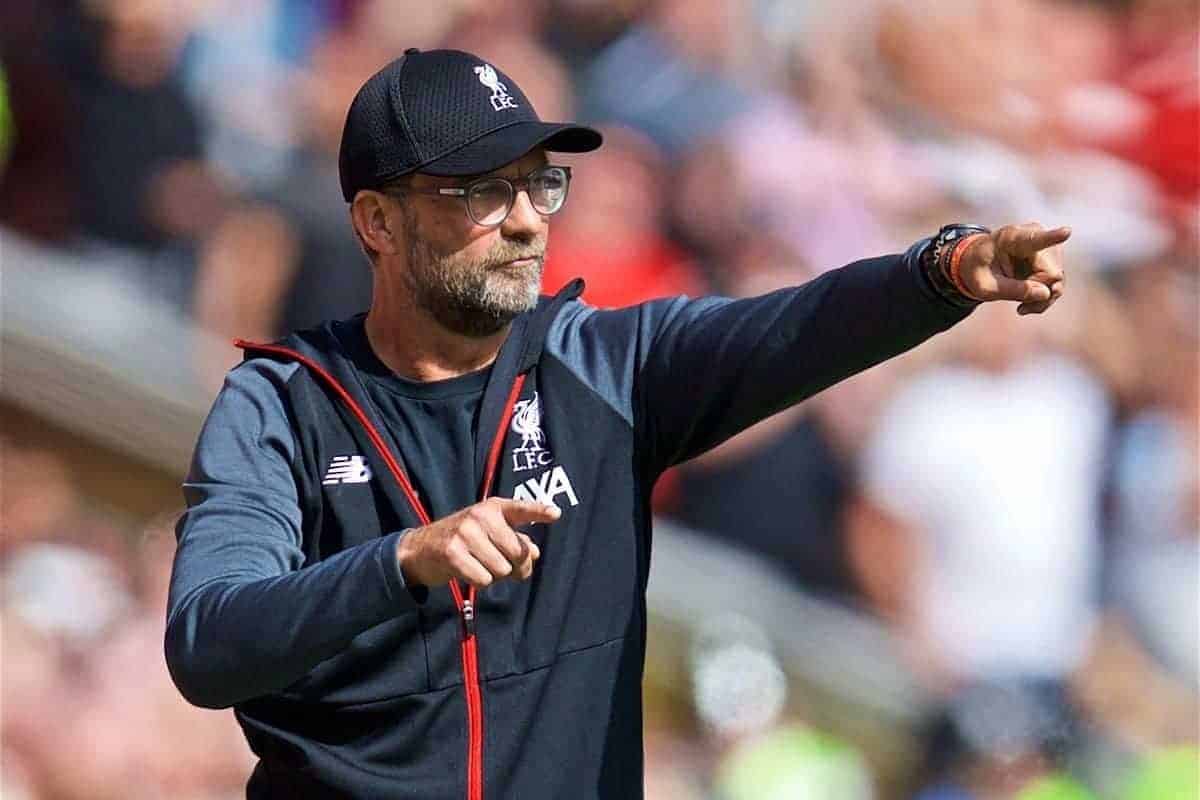 Good to see a couple of rotations, can’t argue with the subs either.

Had Liverpool been ahead when Origi got injured it would have been interesting to see if perhaps Shaqiri played, rather than Firmino getting an hour, but it doesn’t matter either way—the usual suspects didn’t just get called upon to enter the game for the sake of it, the squad was utilised nicely.

Nothing ground-breaking in the Reds’ tactics today, though it was good to see the changes in position up front in the first half to find the right combination.

Five wins from five in the Premier League, top of the table and now off to begin the defence of our European title.