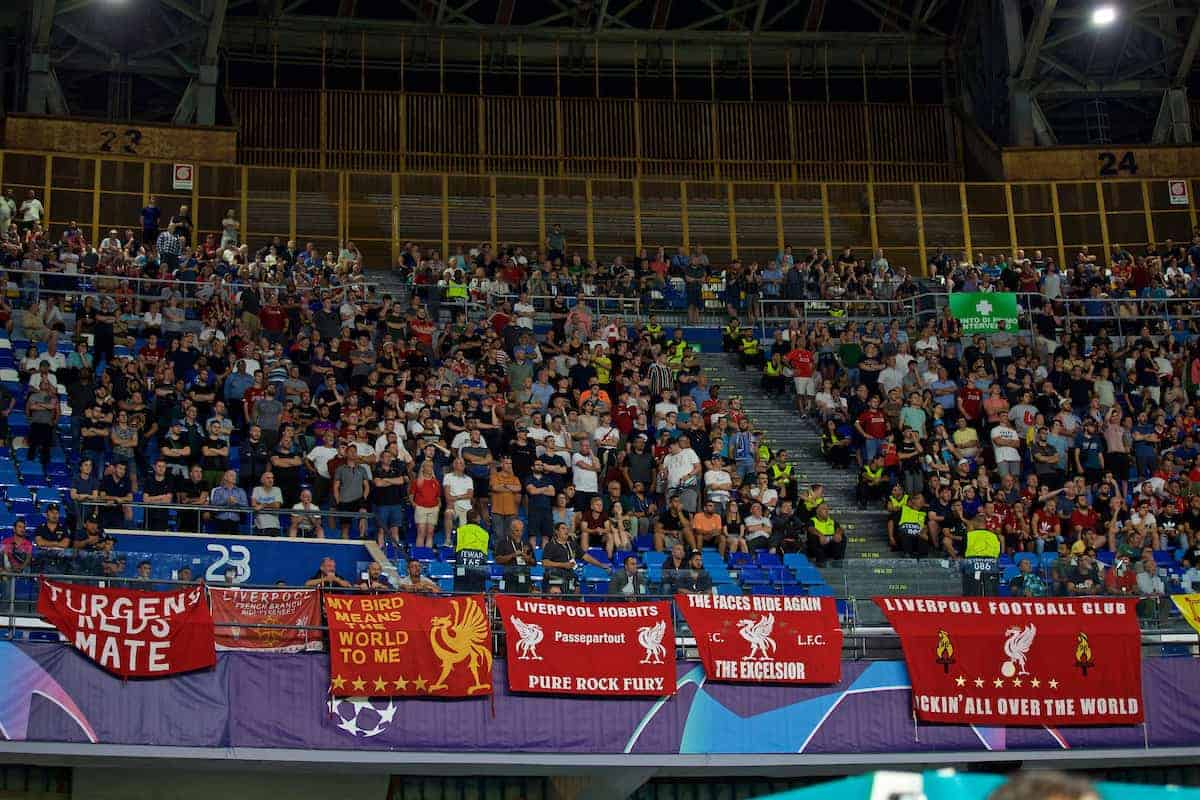 Liverpool supporter Steven Allen was rushed to hospital at half-time in Tuesday night’s 2-0 loss to Napoli, following an attack in the city earlier in the day.

News of Allen’s injuries filtered through midway through the Reds’ opening Champions League group game, with friend Matty Johnson taking to Twitter to describe the tie as “completely irrelevant now.”

Johnson had previously warned other fans in Naples of “assaults in cafes,” and pleaded with those in the city after Allen was hospitalised.

“Mate got assaulted before the game, got bandaged up, was told he was all sound to go the match but collapsed at half-time and was rushed in an ambulance to the hospital,” he replied to one concerned Red.

He explained that “he’s alright but he’s on his own,” alleging that “the other lads can’t get to the hospital due to being locked in” at Stadio San Paolo.

Allen was taken to the Ospedale Cardarelli Hospital, and was later visited by Liverpool CEO Peter Moore, who provided a welcome update after ensuring the stricken fan received treatment.

After initially complaining of a “distinct lack of urgency here from the police and medical staff,” Moore eventually relayed that they had proved “very cooperative.”

“He’s been seen and will be monitored throughout the night. He asked me to thank everyone for their concern,” he said of Allen:

Update to this. The hospital staff and the police have now helped Steven and been very cooperative. He’s been seen and will be monitored throughout the night. He asked me to thank everyone for their concern. https://t.co/aHxKiiXKRX

Via BBC Sport on Wednesday morning, a statement from Merseyside Police detailed that “two Liverpool fans were reportedly assaulted at a bar before the match at 6pm local time.”

“They were attacked by a group on scooters and suffered cuts and grazes,” the report continued, though it is added that Allen had collapsed at Stadio San Paolo due to “significant blood loss.”

“The two men from the UK, aged 26 and 46, were treated at the scene before attending the game.”