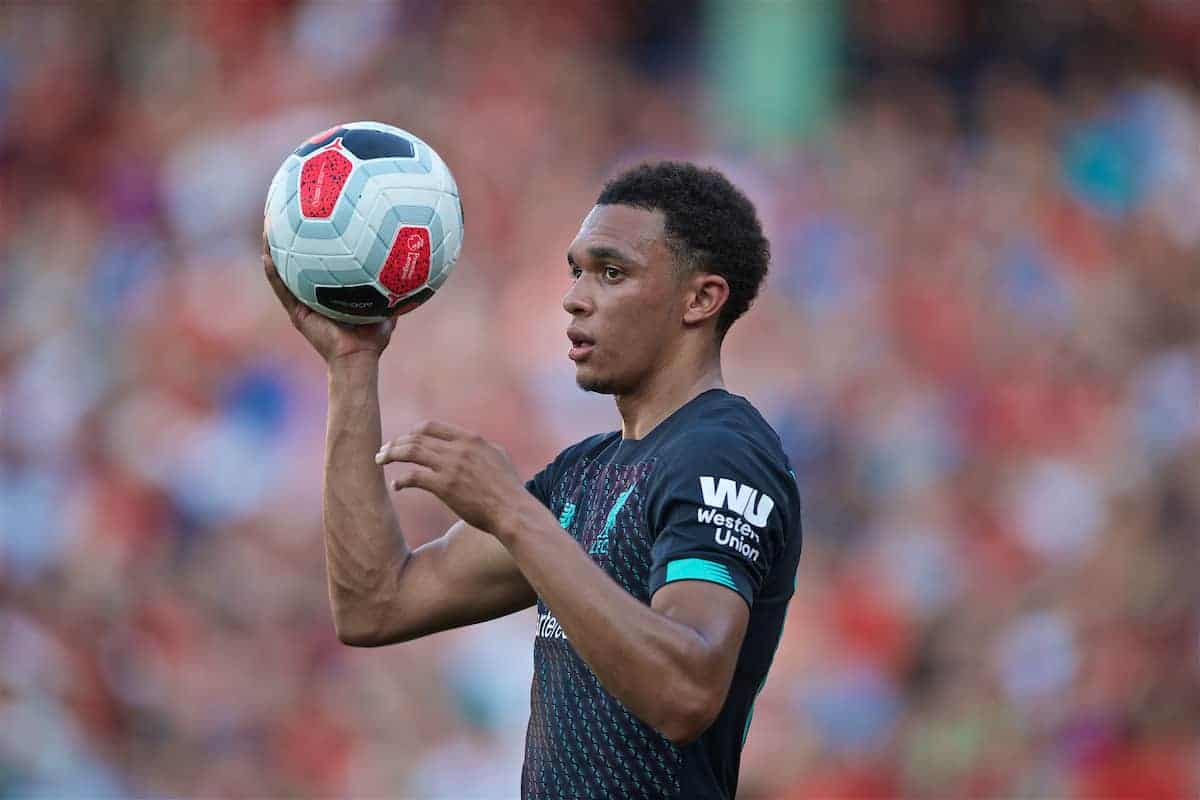 Liverpool throw-in coach Thomas Gronnemark claims he “felt a little bit sorry” for Andy Gray after the out-of-touch pundit’s criticism of his appointment in 2018.

Gronnemark joined the Reds on a part-time basis ahead of last season, and has now twice extended his stay on Merseyside as the club reaps the benefits of his coaching.

The Dane previously held the world record for the longest throw-in, but his approach with Jurgen Klopp‘s side is focused more on controlling these set-piece situations both on and off the ball.

But after his arrival at Liverpool was confirmed last year Gray, working for beIN SPORTS after being sacked by Sky Sports in 2011 for several instances of sexism, criticised the move.

While Richard Keys heaved along in the background, Gray ‘joked’ that he is “now officially a throw-in coach,” making light of the impact Gronnemark would go on to have at Anfield in the year since.

Speaking to The Athletic‘s James Pearce in an interesting interview, Gronnemark said he “felt a little bit sorry” for Gray, adding that “it was a bit like they were talking in the pub after drinking 10 pints.”

“It didn’t bother me, I actually felt a little bit sorry for Andy Gray,” he said.

“If a guy looks at something new and doesn’t understand it, you have two choices: either laugh at it or try to find out more about it.

“I just wish he’d been a bit more curious and asked why would a world-class coach like Jurgen Klopp invite him? It would have made a good feature on their show.

“Instead it was a bit like they were talking in the pub after drinking 10 pints. I think it was unprofessional.

“Some people hoped I’d be angry but I wasn’t. The internet answered for me with the reaction he got.

Gronnemark works with Liverpool for a week-long spell every month, and coached at the academy last week while the first-team squad spent the international break either on duty or on holiday.

He also spends time with FC Midtjylland in his native Denmark, KAA Gent in Belgium and two other unnamed sides, one “a secret Belgian club” and the other “a big club, but not from England.”

That last line is crucial for Gronnemark, whose respect for Klopp and the freedom and understanding he is provided by the Reds steeling him to turn down offers from other sides in the Premier League, of which he reveals there have been four.

He describes Klopp as “an innovator,” and “a leader who says he doesn’t know everything and is willing to listen to people if they have knowledge to take the club forward.”

“To let a guy into the club who was pretty much unknown in England and say to him ‘we want all your knowledge to put it into the training programme’, that shows a lot of trust and fantastic leadership,” he continued.

“He’s very good at getting the best out of people. It’s much more egocentric at other clubs.

“At Liverpool, there’s a satisfaction among the staff and the players. They all feel part of something special.”

Gronnemark has recently signed a new contract with the club that ties him down until the end of 2019/20.