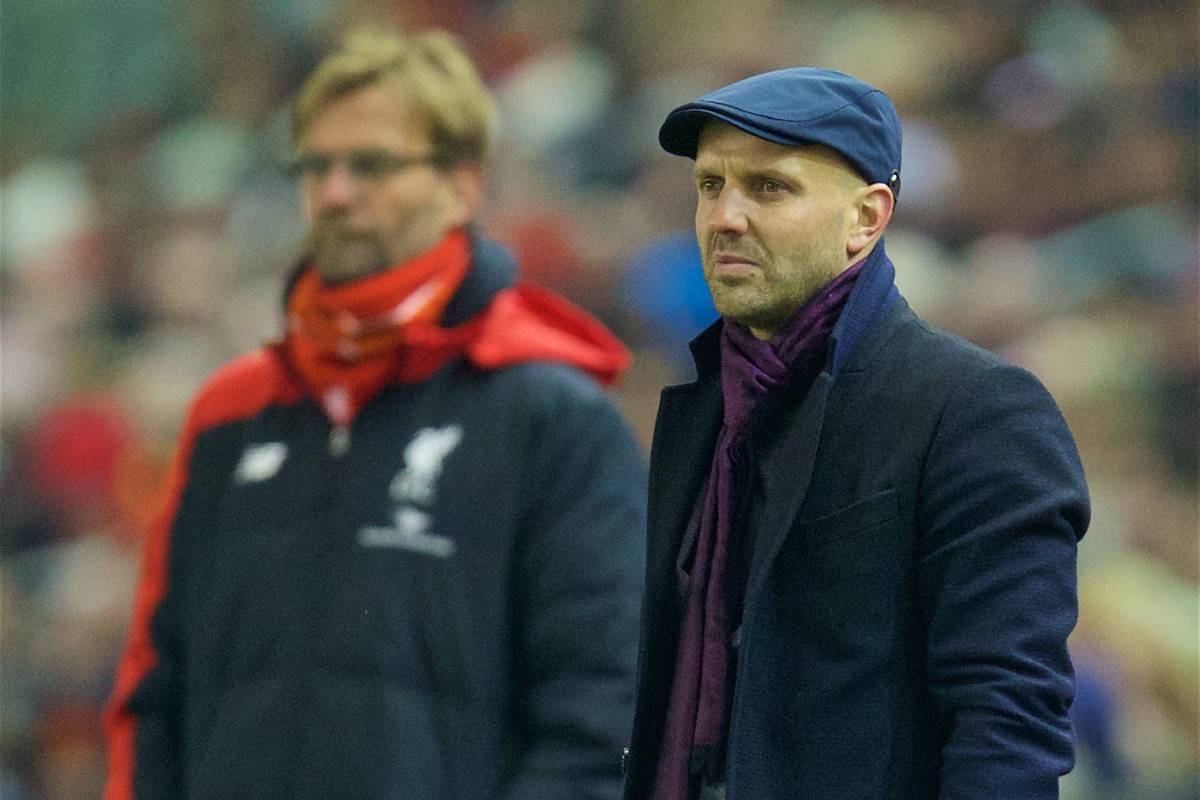 Ahead of Liverpool’s visit to Milton Keynes in the League Cup on Wednesday night, we profile the League One side who were founded 15 years ago.

MK Dons were founded in 2004, with their inception arriving in highly controversial circumstances.

Owner Pete Winkelman’s decision to relocate Wimbledon to Milton Keynes 56 miles away was highly contested by supporters, but gained approval from the FA. Consequently, AFC Wimbledon were founded, with Wimbledon changing their name to MK Dons after one season in Milton Keynes.

This is a cloud that has lingered over the club ever since, with some traditional football fans refusing to acknowledge them as a proper football club.

Starting life in League One, they spent two brief seasons in League Two, before a seven-year stay back in the division where it all started.

Promotion to the Championship was a huge moment, beginning life in England’s second-tier in 2015/16, but they swiftly returned to League One 12 months later.

Although a return to League Two signalled a low point this time last year, automatic promotion was achieved back in May.

A respectable return to League One has seen four wins recorded and five defeats in their opening nine matches, meaning they sit 15th in the table currently.

That being said, there was negativity in the local press after Saturday’s 1-0 defeat at home to Southend, with “criticism towards the team, Tisdale’s tactics and selection.” 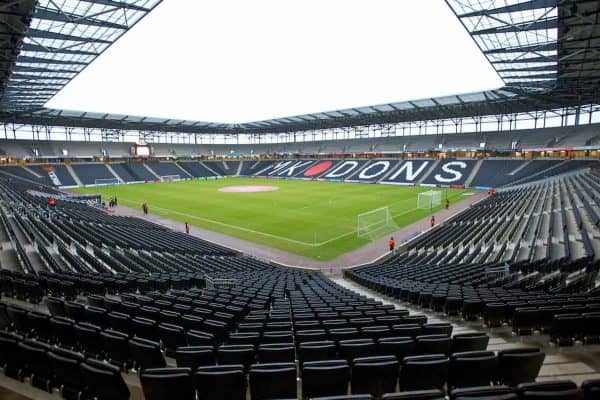 The ‘Stadium MK’ was first opened in 2007, with MK Dons having played their first two seasons at the nearby National Hockey Stadium.

Initally with a 22,000-capacity, the stadium now has seating for 30,500 supporters – although attendances average around the 10,000-mark.

Spurs played Watford here last season in the FA Cup after Wembley was unavailable for use. 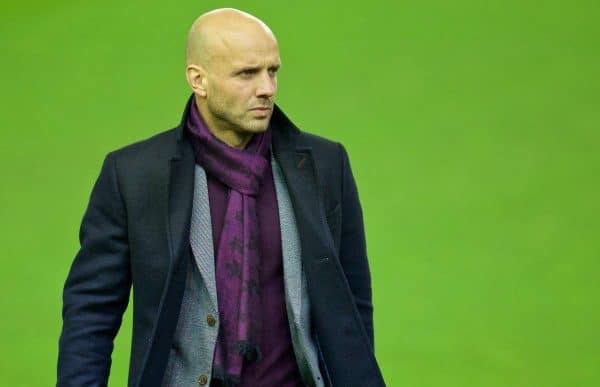 Paul Tidsdale is the current man in charge at Stadium MK, having taken over as manager in June 2018.

The 46-year-old was manager at Exeter City when Liverpool faced them in the FA Cup in 2016, with a 3-0 win required in the third round replay following a 2-2 draw in the initial tie.

An eccentric character, Tidsdale is a hugely popular figure after earning The Dons promotion in his first season at the club.

Prior to his reign, there have been a total of 10 other managers at MK Dons in their 15 years of existence, including Paul Ince and Roberto Di Matteo as the most famous faces.

Former Liverpool man Ince has had two separate spells in Milton Keynes, inspiring them to promotion to League One first time round, and also winning the EFL Trophy.

Scouser Karl Robinson is comfortably MK Dons’ longest-serving boss, having spent six productive years there between 2010 and 2016, during which time he brought great stability to the club.

He was the manager for arguably the best night in Dons history to date back in 2014, when they stunned Man United in the League Cup, beating them 4-0.

Although most of MK Dons’ players will be unknown to many Liverpool supporters, they still have the ability to pose a threat on Wednesday night.

Midfielder Alex Gilbey won the club’s Player of the Year award last season, proving to be an influential presence in the middle of the park.

Meanwhile, Kieran Agard was his side’s most likely source of goals in 2018/19, have netted 22 times – the second-most in a campaign by a Dons player in history.

He has just one in 11 appearances to date, however, suggesting the move up a division is proving tough.

Incidentally, Agard spent a chunk of his youth career at Everton, making one Premier League appearance for the Blues in 2009/10, against Chelsea.

Conor McGrandles scooped the Young Player of the Year prize and continues to be a key presence in midfield.

Sam Nombe leads the team’s scoring charts with four goals to his name, in all competitions, closely followed by Rhys Healey.