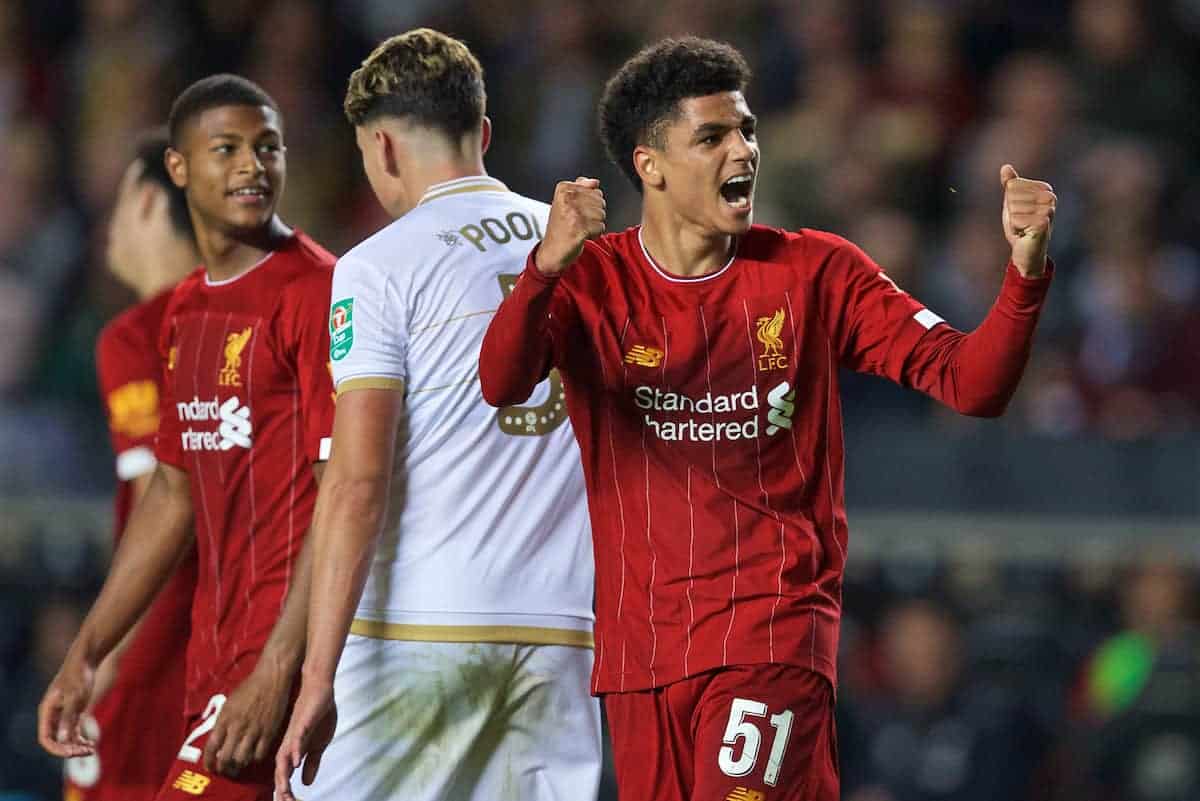 Ki-Jana Hoever scored in only his second game for Liverpool to secure a 2-0 victory over MK Dons on Wednesday night, and progress in the League Cup.

Dons nearly grabbed an unlikely opener after Dejan Lovren was hounded off the ball in his own area, but with Kelleher caught in a compromising position Conor McGrandles could only blaze over.

Elliott was the key creator throughout the first half, and after hammering the bar from six yards out earlier on, he laid on a far-post header for Milner, but the No. 7 saw his stooping effort trickle just wide of the post.

Brewster was next to come close, but he was unable to get a touch on Milner’s cross, before the dangerous Curtis Jones drew a save from Stuart Moore as Liverpool continued to exploit hapless Dons right-back Callum Brittain.

The goal eventually came in farcical fashion, as Milner opted to drive a hopeful shot from the left flank, which Moore somehow fumbled and allowed to drop over the line.

Liverpool began the second half as they ended the first, with overlapping full-backs and overloading midfielders picking up space around the Dons’ defence, and Elliott almost added a second early on.

At the other end, a corner eventually saw Dons striker Jordan Bowery unlucky to nod against the post with Kelleher stranded on his line, with the Reds’ defence clearly their weakness on the night.

With Naby Keita making his first outing after six weeks out, Klopp protected the Guinean as he sent on Pedro Chirivella just after the hour mark, with the 22-year-old making his first appearance since May 2016.

The Reds had a second soon after, and it came from Milner as the relentless outlet on the left, his lofted cross powered home by a rising Hoever.

Kelleher was required to keep Liverpool’s lead on a number of occasions, most notably as the 20-year-old denied Bowery’s goal-bound header from point-blank range.

Elliott struck the bar again in stoppage time, with a debut goal eluding the teenager in his attempts to break Ben Woodburn‘s record as a youngest-ever scorer, and a spirited clash ended at 2-0.