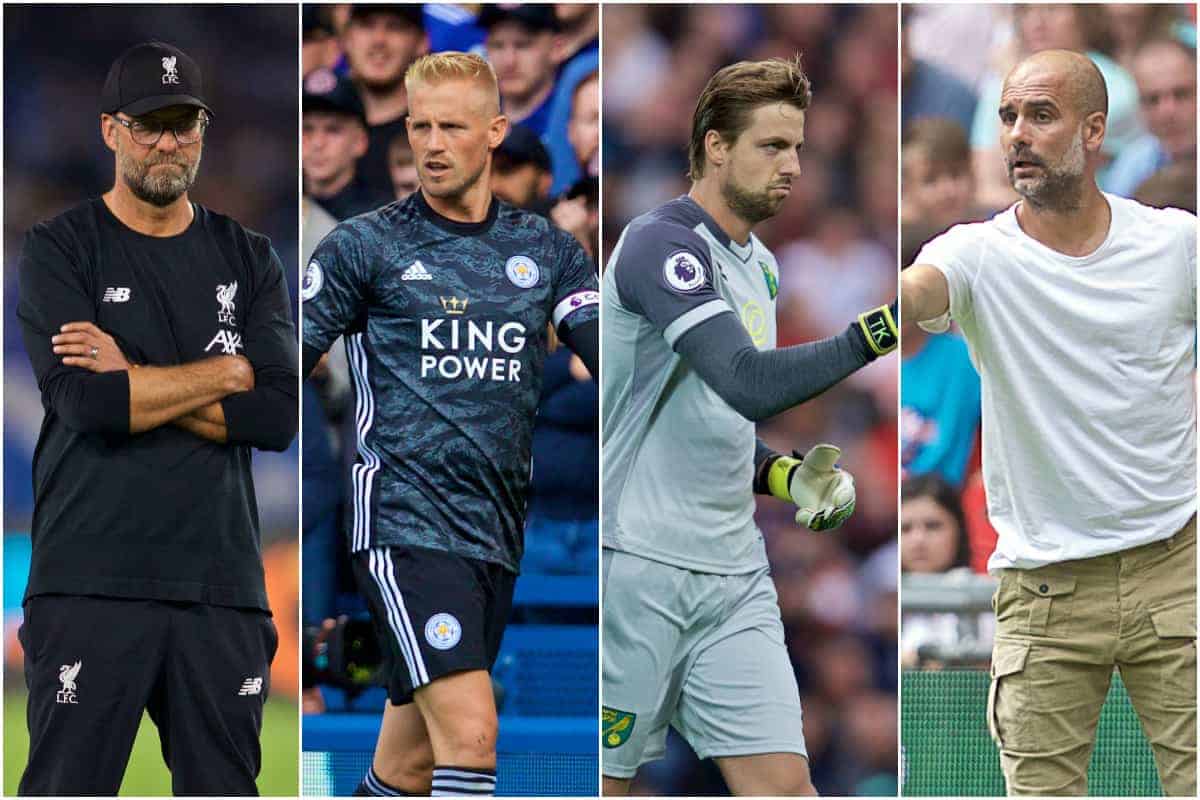 Manchester City were forced to confront defensive frailties after defeat at Norwich, while Liverpool are coming to terms with continued away day woes.

After a week which has threatened to turn the Premier League’s established order on its head, the two pace-setters will hope that normal service is resumed this weekend.

In a programme which includes plenty of potentially pivotal action further down the table, the PA News Agency picks out five highlights.

They may be sitting pretty at the top of the Premier League but Liverpool still have a lot to prove before they can think about wresting the title from Manchester City.

The Reds’ midweek defeat in Naples highlighted a significant flaw in their away form ahead of this weekend’s trip to Chelsea.

Jurgen Klopp’s side have won just once on their last 12 trips to top-six rivals, and an immediate response is required to erase that record and maintain their 100 percent record at Stamford Bridge.

Watford are probably one of the sides they would prefer to welcome this weekend, but the modest threat posed by the Hornets does not hide City’s issues going forward—with Nicolas Otamendi their only fit senior centre-back, and Fernandinho likely to revert to the role in the interim.

How Pep Guardiola manages the issue could have a crucial impact on the destiny of this season’s title.

Despite thumping Crystal Palace last weekend, Spurs’ late flop against Olympiacos in midweek was seen as illustrative of their failure to launch a sustained assault on silverware.

Their trip to Leicester feels like a pivotal moment in the season for both clubs: for Spurs to get the win which re-ignites their title credentials, or for Brendan Rodgers’ men, inspired by the increasingly impressive James Maddison, to mount their own top six case—possibly at Mauricio Pochettino’s expense.

After sinking the billionaire Premier League champions, nothing is more certain to bring a side back down to earth than a trip to Turf Moor.

But in many ways, how Norwich approach their clash with Sean Dyche’s troops will be more indicative of their survival prospects this season.

Currently the Canaries are singing and Teemu Pukki can do no wrong.

But times change quickly in the top flight, and Daniel Farke will be only too aware of the importance of building on last week’s staggering success.

Since Andy Carroll swept out of Newcastle for £35 million in January 2011 things have not gone entirely to plan.

Carroll’s low points have overshadowed his highs, leaving Magpies fans fervently hoping he can recover some of that early career promise if, as expected, he makes his second Newcastle debut against Brighton on Saturday.

Anything less, and the gamble on bringing him back may lead to embarrassment all round, not least for the still under-pressure Steve Bruce.