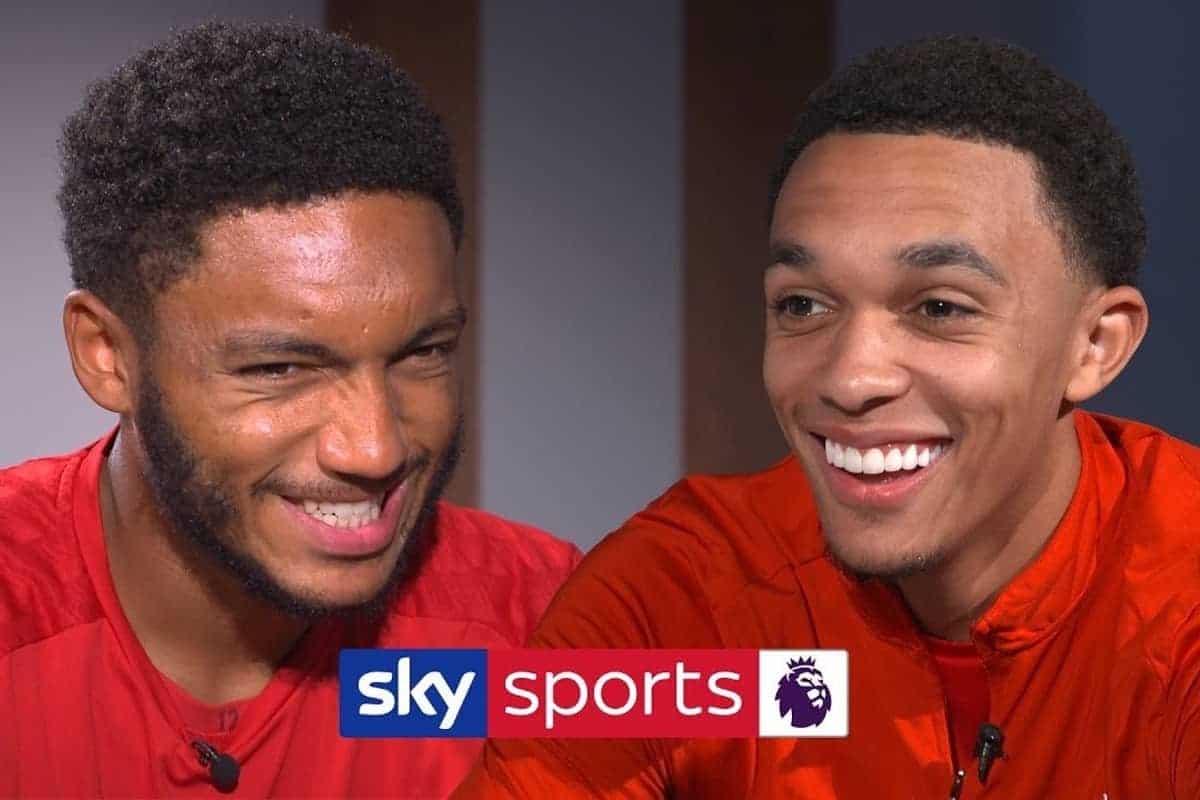 Trent Alexander-Arnold and Joe Gomez have displayed their knowledge, or lack thereof, of the Premier League and their Liverpool team-mates in a new quiz.

The Reds defender sat down with Sky Sports’ Adam Smith, challenged with naming as many of a certain topic as they could in 30 seconds.

Pitted against each other, Trent and Gomez could call “lies” and wait for their opposite number to reach their target, starting with an easy one for the latter.

Gomez was able to name 18 members of the Liverpool squad, doing so in just 14 seconds, but he was less successful when trying to recall 13 different chocolate bars, with the 22-year-old failing after being caught cheating.

Trent drew a blank on 12 current Premier League sides, but was easily able to name 14 different countries in Europe—no doubt inspired by his travels in the Champions League and with England.

Despite coming up against a host of big names during his four years with the Reds, Gomez struggled to tally 16 different strikers from the Premier League.

With the pressure on, he got stuck on 13, with Norwich‘s Teemu Pukki the only forward outside of the top six he was able to remember under pressure.

Trent won the quiz 4-3, with Gomez frustrated as he lost out to his younger team-mate.

The pair clearly have a great rapport, but perhaps the biggest takeaway from the video is that Trent seems to be the latest Liverpool player to visit a certain dentist on Merseyside for a ‘touchup’.

Both Trent and Gomez are currently on international duty with England, and find themselves in their familiar roles at club level this season: as first-choice right-back and competition across the back line respectively.