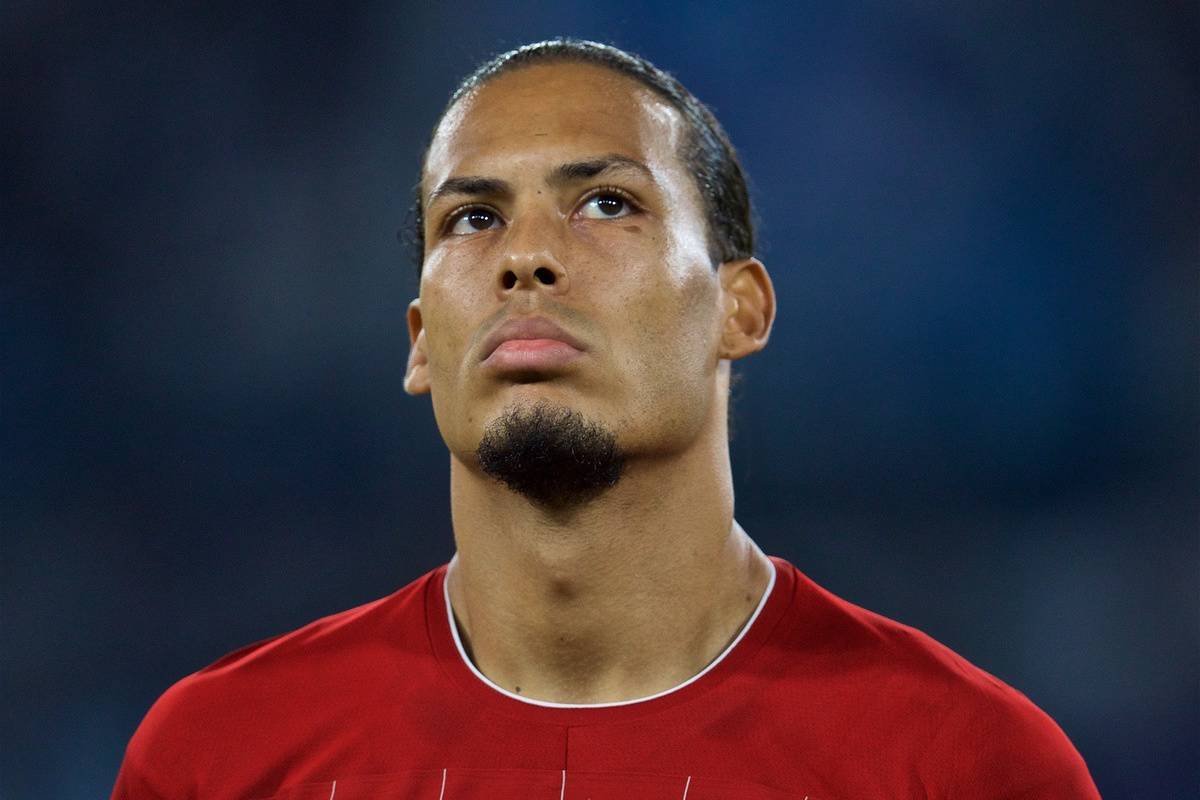 Virgil van Dijk has dismissed claims he has agreed a new deal with Liverpool, aiming to “focus on the games” with his current terms running to 2023.

Van Dijk only signed for the Reds a year-and-a-half ago, becoming the then-most expensive defender in world football when joined from Southampton for £75 million.

His performances since arriving on Merseyside have been truly exceptional, and the Dutchman was deservedly awarded the UEFA Men’s Player of the Year award in August.

He is also considered a favourite to win the Ballon d’Or, tipped to fend off competition from Cristiano Ronaldo and Lionel Messi for a second time.

Reports of Van Dijk agreeing an improved contract with Liverpool worth around £200,000 a week surfaced in the Mirror earlier in September, but were swiftly denied by the local press.

Now, the No. 4 has reinforced this, revealing that there have been no talks between himself and the club regarding a pay rise.

“There is nothing going on, so that’s it,” Van Dijk told Sky Sports.

“That’s not on me! I saw some reports in the media that I was agreeing a new deal and stuff, but I’m not even discussing anything at the moment.

“The only thing I want to do right now is focus on the games and we’ll see in the future what may happen.”

This is an understandable stance from the 28-year-old, given he only signed a long-term contract with the Reds at the start of 2018, which ties him to the club until 2023.

The magnitude of his switch from Southampton will no doubt have been reflected in the wages agreed at the time, and though he may have somehow exceeded expectations, all parties are in a comfortable position.

Van Dijk has repeatedly stressed his affinity with the club, outlining him ambition to be regarded “as a legend of Liverpool” on BBC Radio 5 Live’s Football Daily podcast in February.

“They went all out to get me, and I want to give everything for them,” he explained.

But it is also encouraging that the player isn’t using his status—and no doubt interest from every top-level club in Europe—as leverage to negotiate an improvement on his existing deal.

Saturday’s 3-1 victory over Newcastle saw Van Dijk start the game wearing the captain’s armband, three-and-a-half months after lifting the European Cup, and it is clear these are more important to Van Dijk than an increased salary.