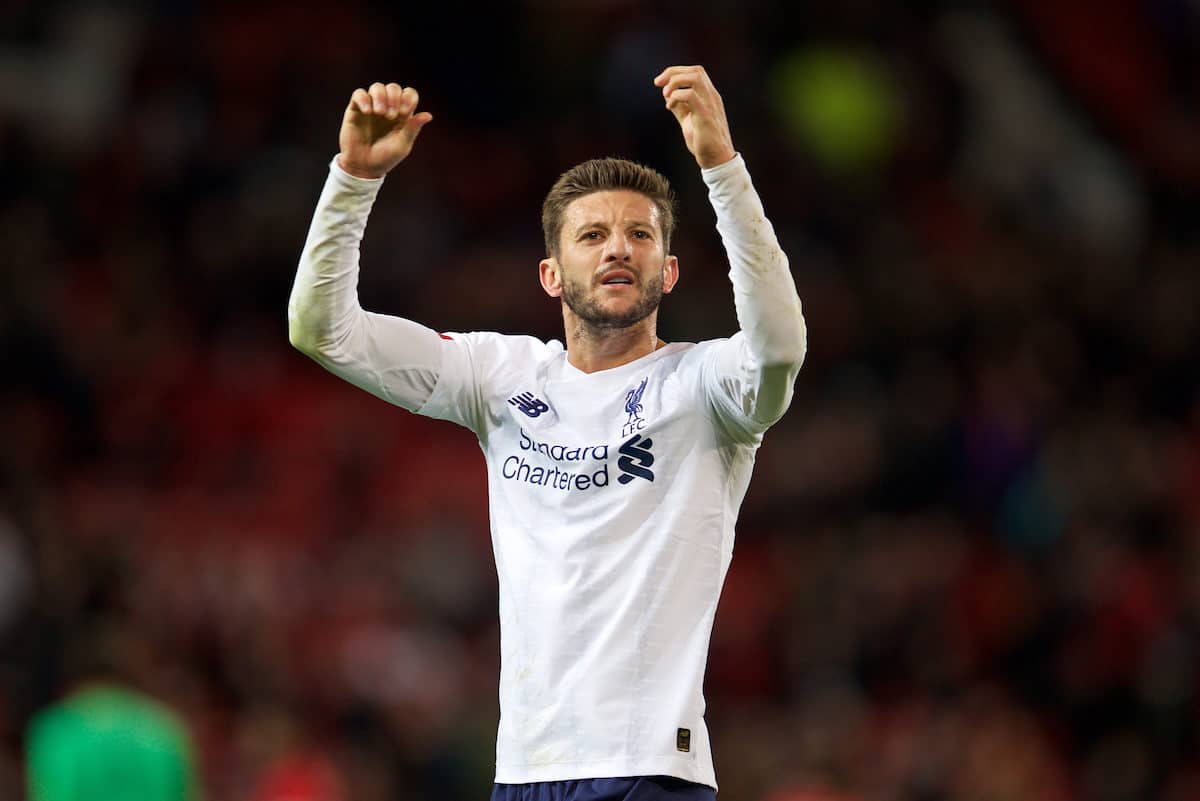 Adam Lallana was buoyed by his second-half equaliser from the bench, as Liverpool fought back from a goal down to draw 1-1 with Man United on Sunday.

The Reds were lacking impetus throughout the first hour at Old Trafford, with Marcus Rashford’s opener looking likely to secure the three points for United.

That would have been a bitter disappointment for Liverpool, and credit to the manager and his substitutes as Lallana, Alex Oxlade-Chamberlain and Naby Keita all made their influence felt.

Lallana – who scored his first goal since the final day of the 2016/17 season – spoke to Sky Sports after the game, and highlighted how this proved “we’re not going to need just 11, we’re going to need a squad.”

“Just ‘make an impact’, 25 minutes left,” he said of Jurgen Klopp‘s words to him as he prepared to come on.

“We weren’t at our best today, but at times like that you look to your bench.

“The people were saying it was probably going to be an easy point for us, but the form goes out the window in these games.”

Liverpool were understandably favourites heading into the clash, having won all eight of their previous games in the league, but Lallana described the point as a “huge positive as we weren’t at our best.”

Both Klopp and Jordan Henderson agreed the draw was deserved, and the captain argued that the Reds “weren’t fluid enough, or really playing football at all” in the first half.

Lallana added that he “felt we were the only team that would go on to get the three points.”

On the 31-year-old’s vital goal, Henderson held it up as a marker of his commitment, after a long time out of the starting lineup and with question marks over his future.

“I’m delighted for him because he’s worked so hard. He deserves a bit of luck,” he said.

“To come on and score a goal, I’m delighted for him. It could be a big point at the end of the season.”

Lallana’s last goal was in May 2017, against Middlesbrough.