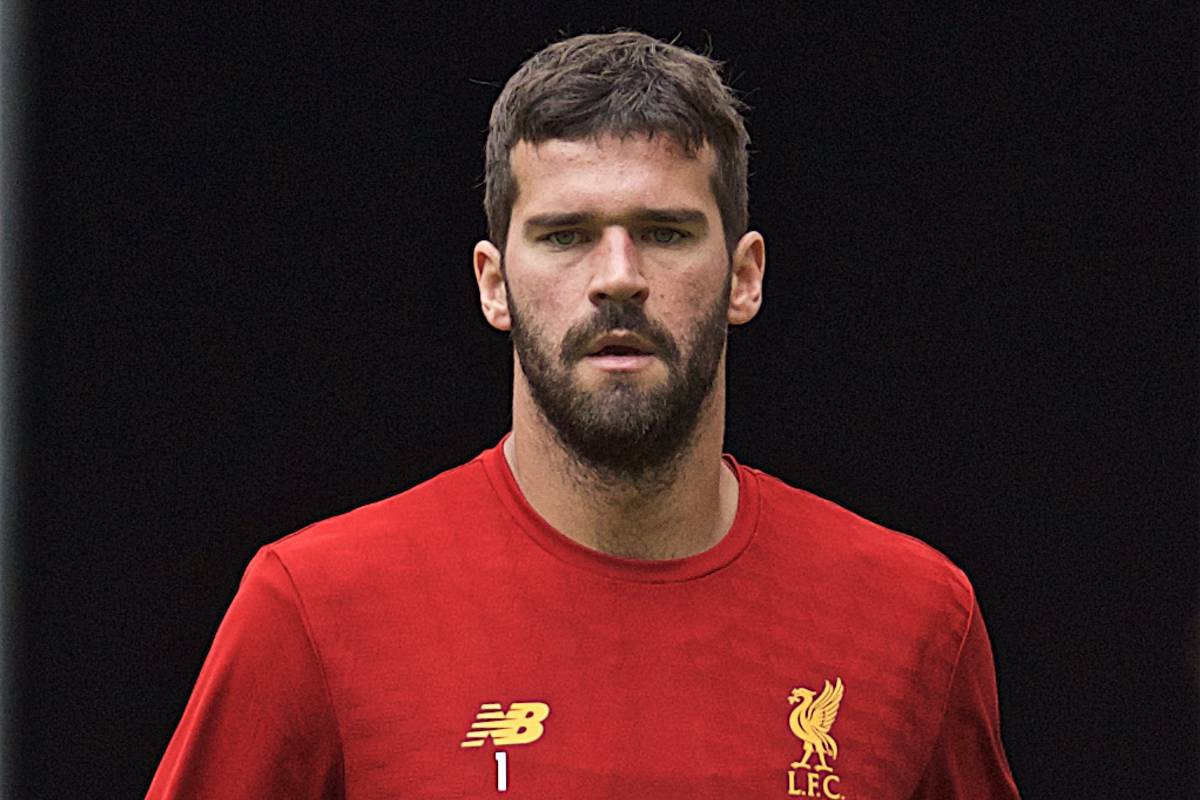 Alisson is following a similar programme to Adrian last month, as the Brazilian spends the October international break at Melwood ahead of his comeback.

The 27-year-old has missed the last 11 games with a calf injury sustained on the opening night of the campaign, which also ruled him out of Brazil’s clashes with Senegal and Nigeria this month.

But after making big steps in his recovery in recent weeks, he has now rejoined full training alongside his team-mates.

Liverpool have remained cautious, however, as they aim to avoid any setbacks for their first-choice goalkeeper, who kept 27 clean sheets in 51 games last season.

With a trip to Man United on October 20 looming, Alisson has foregone the usual holiday period for the Reds’ non-internationals and opted to stay for extra training at Melwood.

According to ESPN‘s Melissa Reddy, the No. 1 has joined John Achterberg for sessions in “speed, reactions, distribution and power,” in order to “improve his sharpness.”

Alisson will be targeting the clash at Old Trafford for his return to the fold, though Adrian‘s form will allow Jurgen Klopp to ease him back in, with there being no need to rush.

But that he is working on the same things his deputy did during a crucial week at Melwood last month suggests he is close to full fitness.

“We did some decent workouts with him,” Achterberg said of his individual work with the Spaniard in September.

“Distribution, crosses, speed and reactions, power—we worked a little bit on everything just to help him and keep him fit and ready.”

While their situations cannot be closely compared, with Alisson coming back from a relatively serious injury, both needed this time on the training pitch in order to readjust to regular first-team football.

Adrian, of course, had spent much of the year before joining Liverpool on the sidelines at West Ham, and underwent pre-season training alone after his release.

The 32-year-old returned after the September break noticeably more assured and comfortable in his role, and the same can hopefully be said of Alisson when he is back in the starting lineup.

Whether that comes against United remains to be seen, but there should be no reservations over his ability.

Reddy adds that both Adam Lallana and Alex Oxlade-Chamberlain are spending the break at Melwood, too, with Klopp having informed the duo “they will have bigger roles to play” in the coming months.

Lallana has played just 100 minutes so far this season, with 90 of those coming in the League Cup.

Oxlade-Chamberlain has been afforded 323, yet to fully reclaim his place in the side.