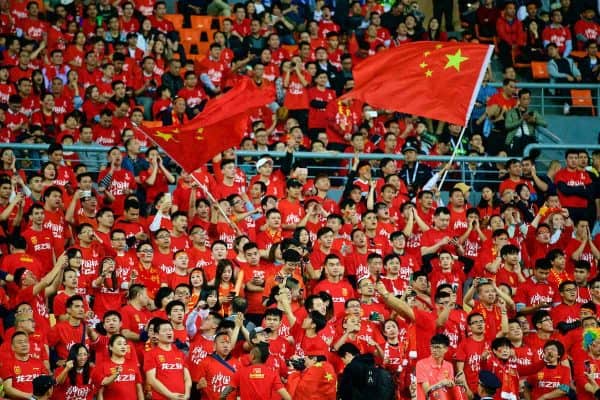 China should not be allowed to “sportswash” its reputation by hosting prestigious events like the Club World Cup, Amnesty International has said.

World governing body FIFA is reportedly set to announce on Thursday that China will host a new and expanded Club World Cup in the summer of 2021, while China is also reported to be keen on staging the centenary World Cup in 2030.

Allan Hogarth, Amnesty International’s UK head of policy and government affairs, described China’s human rights record as “atrocious” and told the PA news agency: “If China is chosen to host the FIFA Club World Cup in 2021, it will present Beijing with yet another opportunity to try to ‘sportswash’ its tarnished international reputation.

“It’s likely the Chinese authorities will see the competition as an opportunity to project an image of openness and tolerance, whereas the much darker reality in the country is one of pervasive censorship, relentless roundups of dissidents, and the shocking mass detention of Uighurs in Xinjiang.

“China has an atrocious human rights record and FIFA must use its considerable influence to push for human rights improvements in the country.

“Any club involved in a China-hosted Club World Cup should—from players through to coaches and backroom staff – be ready to speak out on human rights issues in China.”

Between one and three million Uighurs, a Muslim ethnic group within China, are detained in ‘re-education camps’ according to human rights groups.

China has also been criticised over its response to pro-democracy demonstrators in Hong Kong.

The 2021 Club World Cup is set to feature eight European clubs as part of an overall 24-team lineup.

It has been reported that the eight teams will be the winners of the 2018, 2019, 2020 and 2021 Champions League and Europa League titles, which would include Liverpool and Chelsea.

Liverpool will compete in the Club World Cup in Qatar this December as the current champions of Europe, and supporters’ group Spirit of Shankly (SOS) has called on the Gulf state authorities to take “immediate action” over the deaths of migrant workers in the country.

Amnesty reported earlier this month that despite Qatar committing to reforms to tackle exploitation, migrant workers were still “vulnerable to serious abuses” including forced labour and restrictions on their movement.

SOS has sought assurances from Qatari organisers that supporters wishing to travel for the Club World Cup will face no hindrance from the authorities once they arrive.

The SOS statement quoted the Qatar local organising committee as saying that it hoped all supporters attending would have a positive and enjoyable visit.