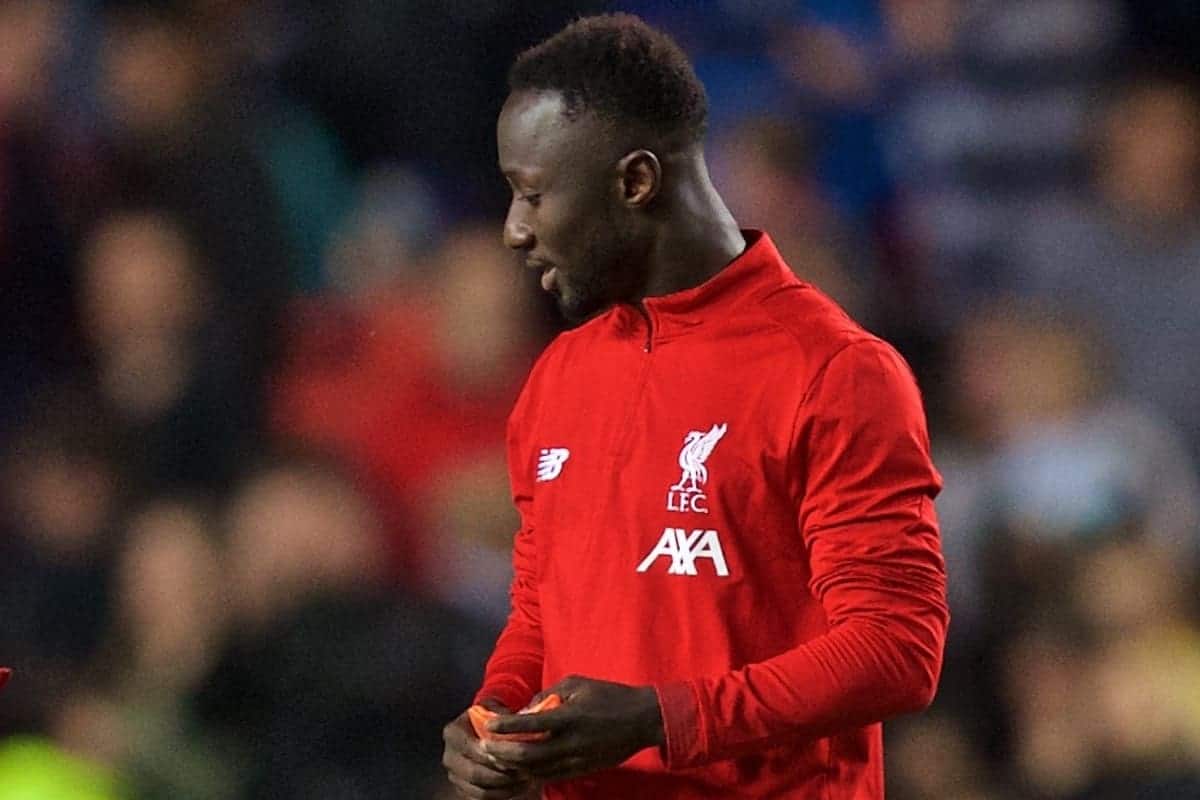 Jamie Carragher believes Liverpool still need to give Naby Keita time to settle, before turning to transfers to address an area they are “lacking slightly in.”

With eight wins in eight in the Premier League, and an eight-point lead over Man City, there is little faulting the Reds’ squad at this stage.

Given their first-choice goalkeeper has been sidelined for the entire campaign so far, and Mohamed Salah is arguably yet to hit top form in front of goal, the room to improve further is hugely encouraging.

But the depth of Klopp’s ranks could be improved, with persistent injuries to the likes of Xherdan Shaqiri, Alex Oxlade-Chamberlain and Adam Lallana hampering his ability to rotate.

Keita is one such player, the Guinean out for six weeks with a hip injury earlier in the season and now being eased back in, with a cautious approach taken for much of his time at Liverpool so far.

The No. 8 is yet to fully settle into his place in the side, and has been unable to consistently show the levels that prompted a £52.75 million switch from RB Leipzig in 2018.

Carragher has highlighted the 24-year-old as a possible solution to a Reds midfield which he feels is a class below the defence and attack—arguing that he has a year to prove himself before the club could opt to sign another midfielder.

“I think Liverpool have a world-class goalkeeper and back four, a world-class front three, but I just think that they have a top-class midfield rather than world class,” he argued.

“Fabinho in that holding position is as good as anyone in the Premier League.

“But what Liverpool have in that position is they have a lot of numbers in terms of players, and what I think the manager will do is just use them all sparingly.

“Trying to get them all at 100 percent rather than playing the same two [alongside Fabinho] every week.

“I think the one before Liverpool look to the transfer market is Naby Keita.

“Liverpool are still waiting for him to take off really, it was a big transfer fee when he came in, he didn’t quite hit the ground running, had some good games, some injuries.

“I think the feeling around the club is they’ve got to give it a good 12 months to really see what Keita can bring to this midfield.

“If he brings what he was supposed to bring, or how he was talked up in Germany before he came, that would add something that was maybe lacking slightly in the midfield.

“But it’s very difficult, it’s not about anything lacking for Liverpool at the moment when they’ve won 17 games on the bounce.”

It is difficult to argue with Carragher in terms of Keita’s potential and the speed-bumps he has faced so far, as the player who shone at Leipzig would walk into Klopp’s starting lineup.

The prospect of an in-form Keita deployed alongside Fabinho and Gini Wijnaldum, for example, is an attractive one, but it has rarely been an option available to the manager.

He has been left out of the Guinea squad for the October international break, however, and the hope will be that he is able to put his fitness issues behind him and prove himself in the near future.