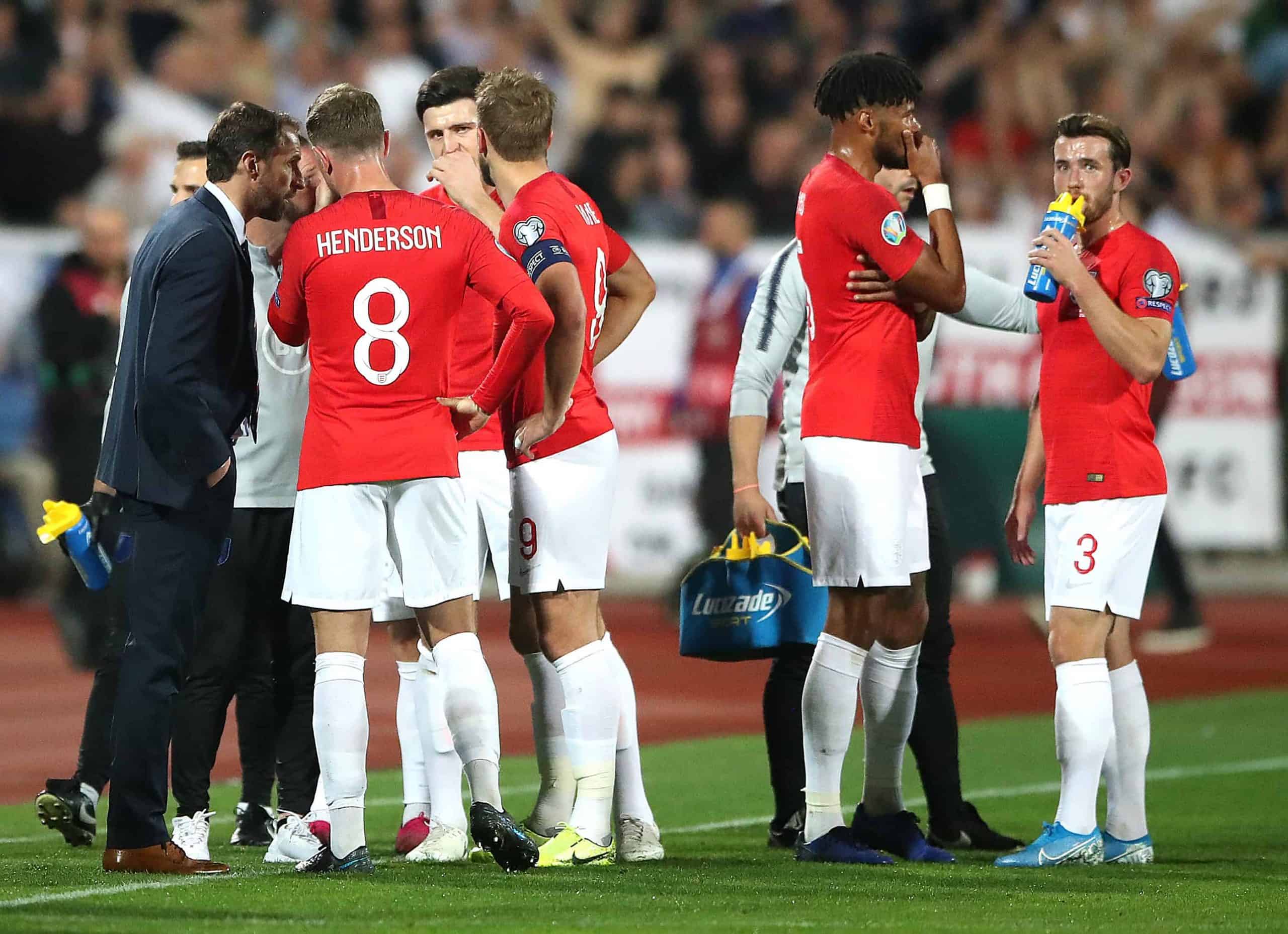 England’s Euro 2020 qualifier with Bulgaria ended in a 6-0 win but multiple instances of racism from the stands were the lasting images of the night.

Play was stopped twice in line with UEFA protocol, after chants and salutes were seen throughout the first half in Sofia.

It appeared as though England’s players may opt against continuing the match, but eventually they played out the fixture and battered Bulgaria in fully deserved fashion.

Jordan Henderson was the only Liverpool player on duty, with Trent Alexander-Arnold and Joe Gomez unused subs, and the skipper made it abundantly clear after the game that the treatment his team-mates received was unacceptable.

Speaking to Sky Sports, Henderson demanded an apology from Bulgaria manager Krasimir Balakov, who said he didn’t hear any racist chanting, argued that England’s fans also whistled during the home team’s national anthem and that captain Ivelin Popov had gone to speak to fans at half-time because they were unhappy with the performance, not to stem any further offensive chants.

Absolutely disgusted to have witnessed the behaviour of some of the crowd tonight but so proud of every single one of our players and staff. We stand together. Thanks to all of our travelling fans for your support ??? pic.twitter.com/e8pchzO6tT

“I had a few words with the manager. It wasn’t acceptable – something needs to be done.

“He needs to apologise now, really, on behalf of the team and the fans. He knows what was going on. He was asking me what the problem was.

“When I told him he knew what was going on, it was baffling how he didn’t, really. Hopefully he looks back and apologises because anyone watching that game would be disgusted really.”

Henderson isn’t the only one calling for action, whether that be from UEFA, Bulgaria or elsewhere. Defender Tyrone Mings said he informed the referee’s assistant about the situation in-game, while Kick It Out have called for “points deductions and tournament expulsions” to be handed out, rather than fines or partial stadium closures. 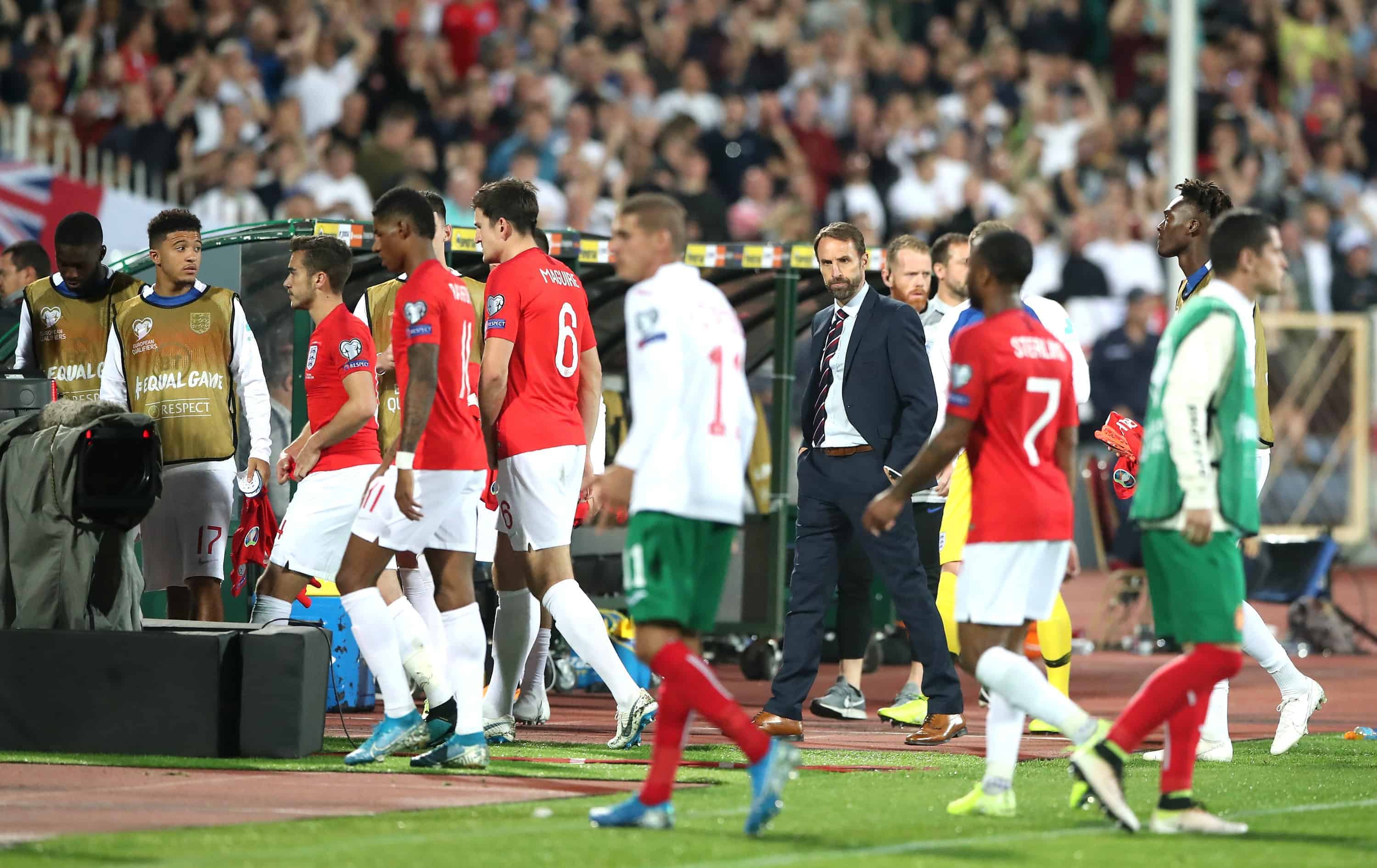 The Reds skipper was fuming with his team-mates having to suffer—something which has been on show in Liverpool colours for different reasons throughout his time at Anfield—but felt the result was the best immediate retribution.

“I felt angry. They’re my team-mates, my friends who I’ve known for a long time and I share a dressing room with.

“It was shocking to see. I was so angry at one point but the game goes on, you’ve got to switch the focus to the football.

“At half-time we spoke about it, we wanted to carry on. If one person said they didn’t want to go out then we wouldn’t have done and that would have been it.

“But everybody’s message was we wanted to make them suffer and not make them win. I felt we did that brilliantly.”

Henderson and the rest of the England squad will now return to club matters, where several of the Three Lions squad will face-off at the weekend as Liverpool head to Man United.