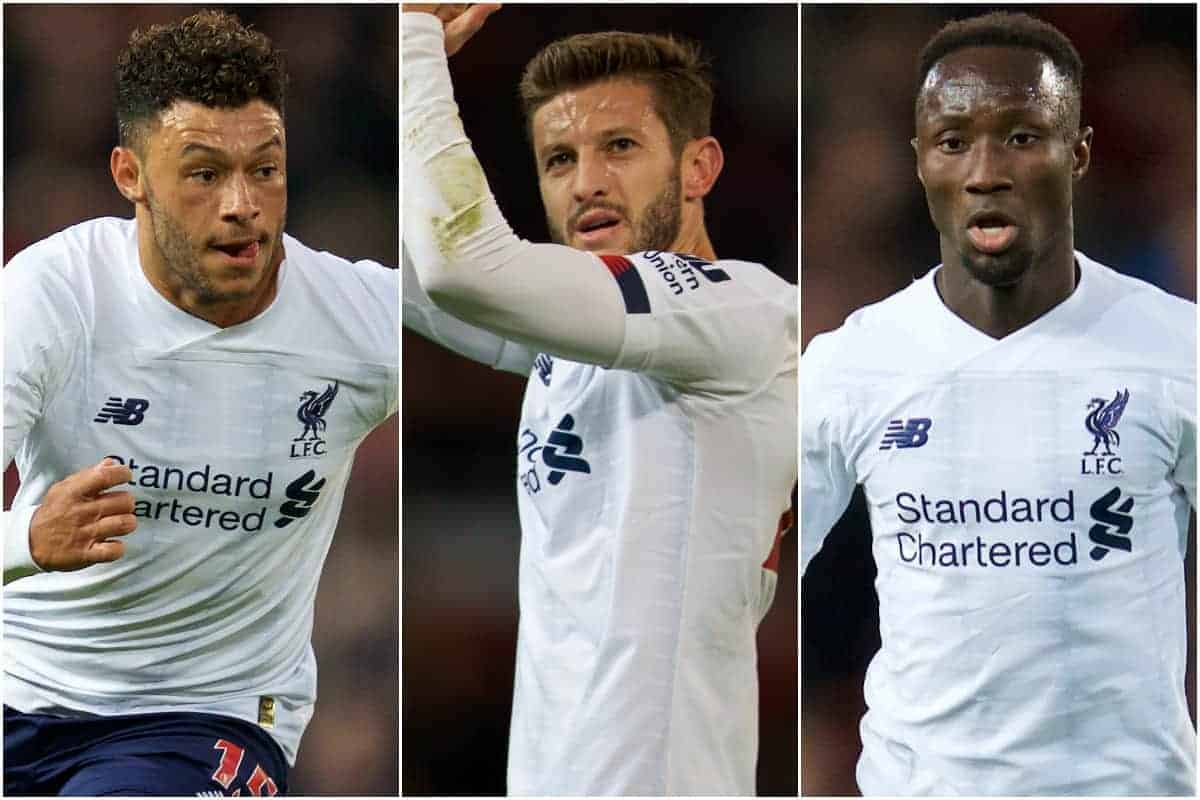 The Reds were trailing 1-0 and struggling for fluency on the hour mark when, having after switched to a 4-2-3-1 formation, Klopp sent on Oxlade-Chamberlain.

Systems shifted again and Liverpool took up closer to a 4-4-2, with Jordan Henderson remaining on the right flank until the introduction of Lallana on 71 minutes.

Three minutes after Keita replaced Gini Wijnaldum, Lallana had tapped in the equaliser, with the Guinean supplying the pass out to Andy Robertson, whose cross evaded United legs and found the No. 20.

On an afternoon when the Reds clearly lacked urgency and suffered due to the occasion, the ability to reshuffle with his three most attacking substitutes available left Klopp particularly pleased.

“[It was] very important today that we could do it like this, we could change like this, that the boys are in shape,” he told reporters at Old Trafford.

“Coming on, being fresh, being immediately in the game, doing the job, being in between the lines.

“It was clear. The setup of United was really clear, they all had an outstanding attitude today, passing the balls there, Young is jumping up on Trent already, things like that.

“We were not really inspired, we passed these balls, we did all the predictable things they could defend, that’s how it is. We were not at all unpredictable.

“When we could have turned the other way around, because we are not orientated—like kind of impressed by the challenges they had—we didn’t play real football.

“Then with just Hendo a bit higher we immediately did more, and then we brought first the two guys in between the lines which helped massively, caused them problems, they couldn’t adjust to that as quick.

“We didn’t have chance after chance, but we deserved that goal, I think we all agree about that.”

It has been a long, difficult spell for all three of Sunday’s substitutes, with injuries and competition for places keeping the trio out of the starting lineup.

But they clearly gave Liverpool a different edge, and Klopp highlighted Keita’s involvement as distinctly key, with the 24-year-old providing composure, thrust and the hockey assist for the leveller.

“Naby was then on as well, helped as well, fresh legs, being there, passing safe, and not always doing the obvious things,” the manager continued.

“I don’t know who did that [before] when he has to run sideways and cannot cross the ball, [but] if you pass it in exactly that way [like Keita did], then he can make a first-touch cross and we can score the goal.

“So the little details are important, they were better with the three boys coming on, that really helped a lot and so I’m happy about that.

“And especially, of course, about the fact that Adam scored this goal, a very important one. So all good!”

Liverpool have made a habit of both scoring late goals and benefiting from game-changing cameos so far this season, with Divock Origi a prime example of this in recent weeks.

But as Origi’s stuttering display taking Mohamed Salah‘s place in Manchester proved, the challenge for Sunday’s influential trinity is to cement themselves as sustainable starters when next called upon.