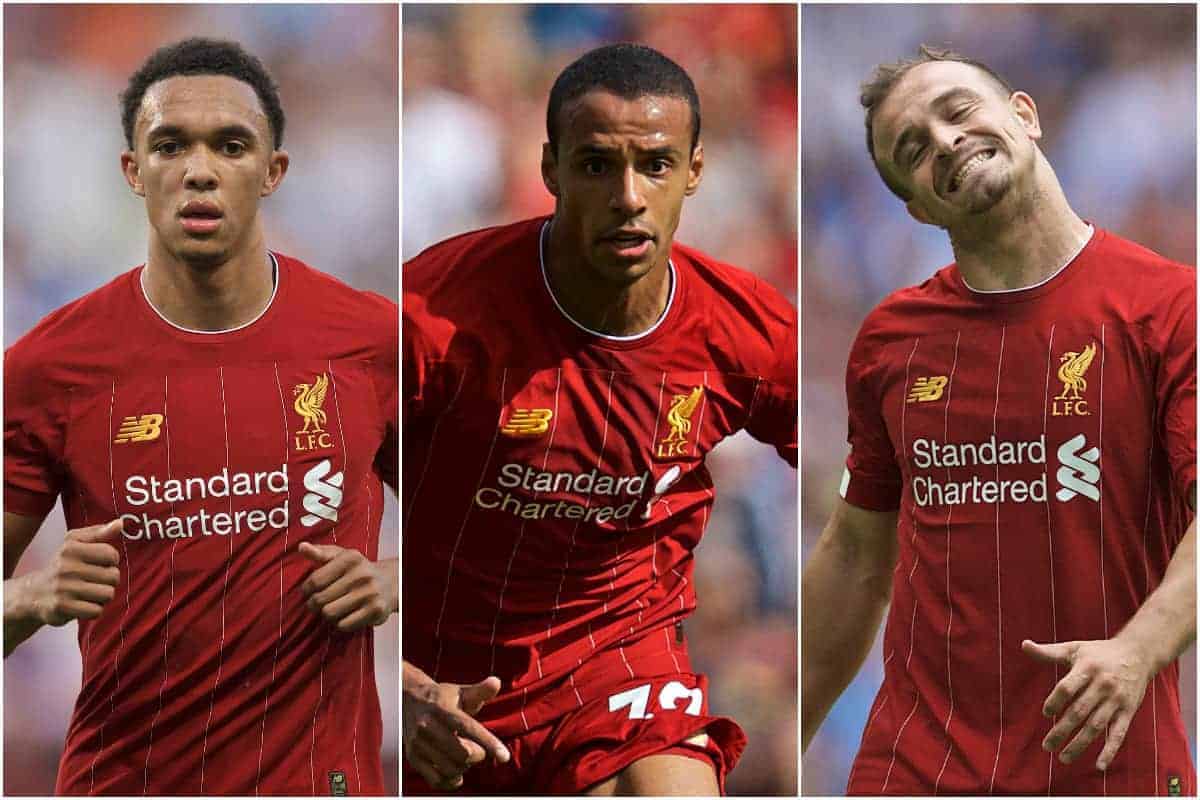 Jurgen Klopp expects Trent Alexander-Arnold to return for Liverpool’s clash with Tottenham on Sunday, but is less clear over Joel Matip‘s involvement.

Both Alexander-Arnold and Matip missed the flight to Genk this week for the Reds’ 4-1 win in the Champions League, having been ruled out with illness and injury respectively.

James Milner and Dejan Lovren started in their absence, while Joe Gomez came off the bench to replace Andy Robertson after 63 minutes in a shaky but ultimately decisive victory in Belgium.

Speaking ahead of the visit of Spurs this weekend, Klopp provided an update on the trio’s fitness, with no concern over Robertson.

“We just rested Robbo. We said ‘that’s enough for today’, 60 minutes, he could do it and did it. He’s fine,” the manager told reporters.

“Trent is fine – if there is no setback. With Joel we have to see, I didn’t see him yet.

“Trent looked fine. You know how it is sometimes: he was ill, ill enough not to travel with us which was not a good sign.

“But he had a ‘clearing session’ yesterday, and if it is as it was yesterday he should be fine.”

Matip is, therefore, so far unlikely to start at Anfield, with Lovren the probable candidate to keep his place if the No. 32 is unavailable.

Xherdan Shaqiri will definitely be missing on Sunday, with the Swiss still sidelined with a calf injury that has kept him out of the last six games.

“Shaq I saw this morning, spoke to him, it will still take a little bit of time,” Klopp explained.

“[He has] big muscles [so] unfortunately he obviously needs more time to heal!”

The manager has no further injury issues heading into the weekend, with Nathaniel Clyne and Paul Glatzel the only long-term casualties.

And with the likes of Naby Keita and Alex Oxlade-Chamberlain finding form in recent games, Klopp has more options to considered in terms of his starting lineup.

* Update: Matip did not train on Friday afternoon.