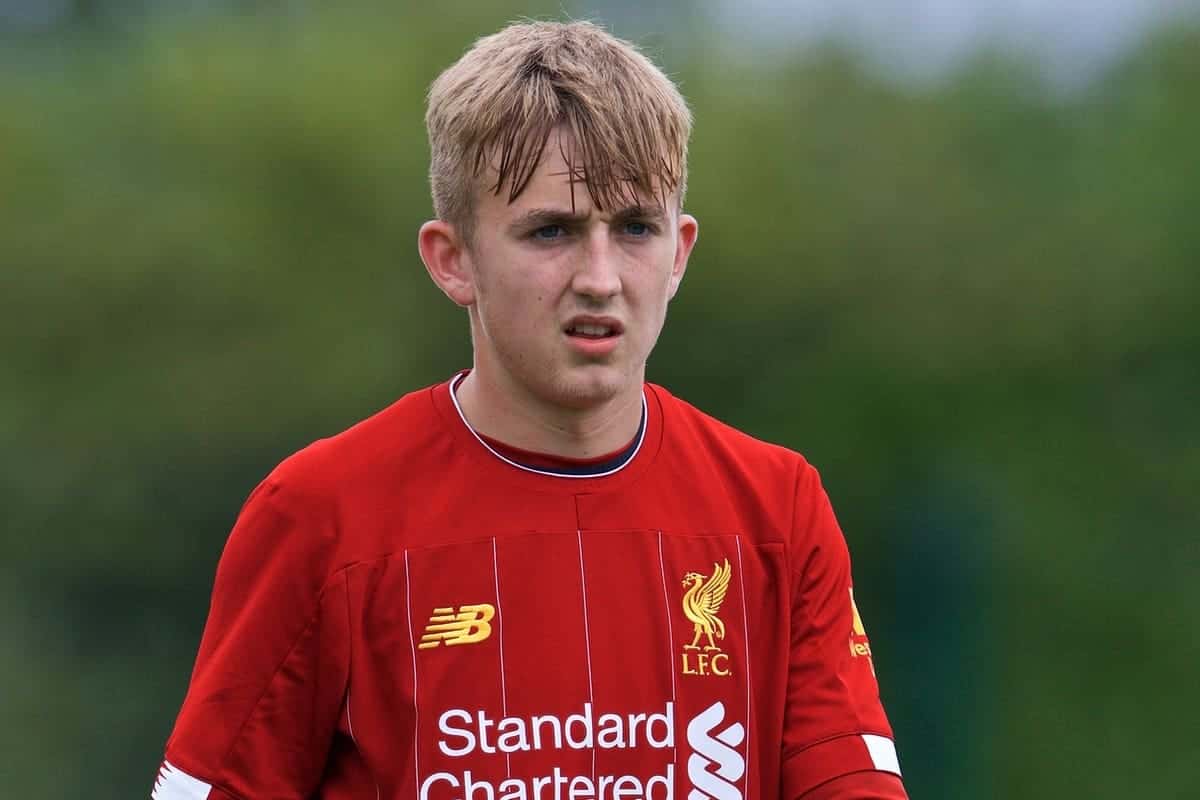 The Liverpool under-18s were taught a lesson in taking their chances as their early control slipped and Man City sealed a 4-0 win on Saturday.

Barry Lewtas made two changes to his side from the 3-0 win over Newcastle last time out, including a first U18s start for Tyler Morton and a change in formation to a 3-5-2, with Owen Beck joining Billy Koumetio and birthday boy Remi Savage at the back.

The young Reds dominated as heavy rain fell at Kirkby, but were unable to find the opening they needed in the first half, with Morton going closest with an overhead kick.

Wing-backs Jack Walls and James Norris provided able support down the flanks, and Layton Stewart fired an effort wide of the post on the break as Liverpool struggled to find their clinical edge.

At the other end, Jakub Ojrzynski was called into action on a number of occasions and made some vital saves, including a stunning reflex stop to keep the ball out at point-blank range.

But the big Pole could do nothing to keep out Cole Palmer at the far post, with the 17-year-old putting City 1-0 up on the cusp of half-time in a bitter blow to the hosts.

The balance shifted after the break as City took control, and six minutes into the second half they had doubled their lead, with Savage missing a challenge on the halfway line to allow a three-on-one break which James McAtee slotted home.

An injury to Leighton Clarkson forced the No. 6 off the field temporarily just before the hour mark, and City took advantage of the numbers game as Alex Robertson fired home for 3-0.

To their credit, Liverpool kept plugging away and pushed to reduce the deficit, with the overlapping Norris and Walls providing a dangerous outlet along with clipped balls over the defence from Clarkson and Jake Cain.

Clarkson had a fine opportunity to grab one for the young Reds on 78 minutes as he was found at the back post with the goal gaping, but somehow the captain contrived to fire high and wide from five yards out.

That proved to be their best chance of the game, and after a late goal from a City trialist, Lewtas’ side were left to rue their profligacy at full-time.