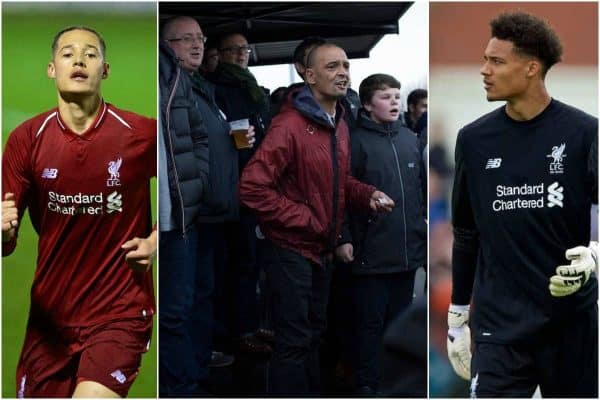 Non-League Day 2019: Rhys Williams, Shamal George and the games to see on Merseyside

Non-League Day 2019 will be held at clubs across the UK on Saturday, and two Liverpool youngsters are currently plying their trade on loan at non-league sides.

An annual event designed to generate interest in grassroots football and support Prostate Cancer UK, Non-League Day is now in its 10th year.

Coinciding with the October international break, supporters of Premier League and Championship sides are encouraged to instead visit their local non-league side.

A host of fixtures will be played across Merseyside on Non-League Day this Saturday, and one should see a Reds loanee start.

Here’s our quick guide to Non-League Day around Liverpool.

Williams embarked on the first loan move of his young career in July as he joined Kidderminster Harriers in the National League North, the sixth tier of English football.

It has been an impressive spell so far for the 18-year-old, who became an instant first-choice starter for Mark Yates’ side, starting in 12 of their 14 games so far and scoring in the 3-0 win at Bradford AFC in August.

The two games he missed came in the September international break, while he was away on duty with the England under-19s, such is his growing reputation.

But another call-up to the Young Lions setup will see both Williams and Kidderminster miss Non-League Day, as their clash with Farsley Celtic has been moved to October 22.

Given the sentiment of Non-League Day as an opportunity for fans of bigger clubs to visit their local sides, it is bitterly ironic that the progress of a Premier League talent has thwarted the Harriers’ involvement.

Williams is currently set to remain at Kidderminster until January, but the lofty centre-back could benefit from an extended stay.

George’s half-season switch to Marine came as a surprise at the start of September, having seen a proposed free transfer to Swindon Town fall through.

Following unsuccessful spells with Carlisle United and Tranmere Rovers in League Two, a drop down to the Northern Premier League Division One North West has given George a chance to find his feet as a 21-year-old goalkeeper.

Making his debut with a clean sheet in the 2-0 win over Stalybridge Celtic in the FA Cup first qualifying round, George has established himself as first choice in Crosby.

He has caught the eye, too, nominated for the club’s Player of the Month award for September, and though England’s eighth tier is a far cry from the European champions, this is a vital loan spell.

Marine head to Marske United on Saturday for a 3pm kickoff, with the Yorkshire side offering £5 entry for season-ticket holders for sides in the Premier League, EFL or National League.

Like Williams, George is slated to stay with Marine until January.