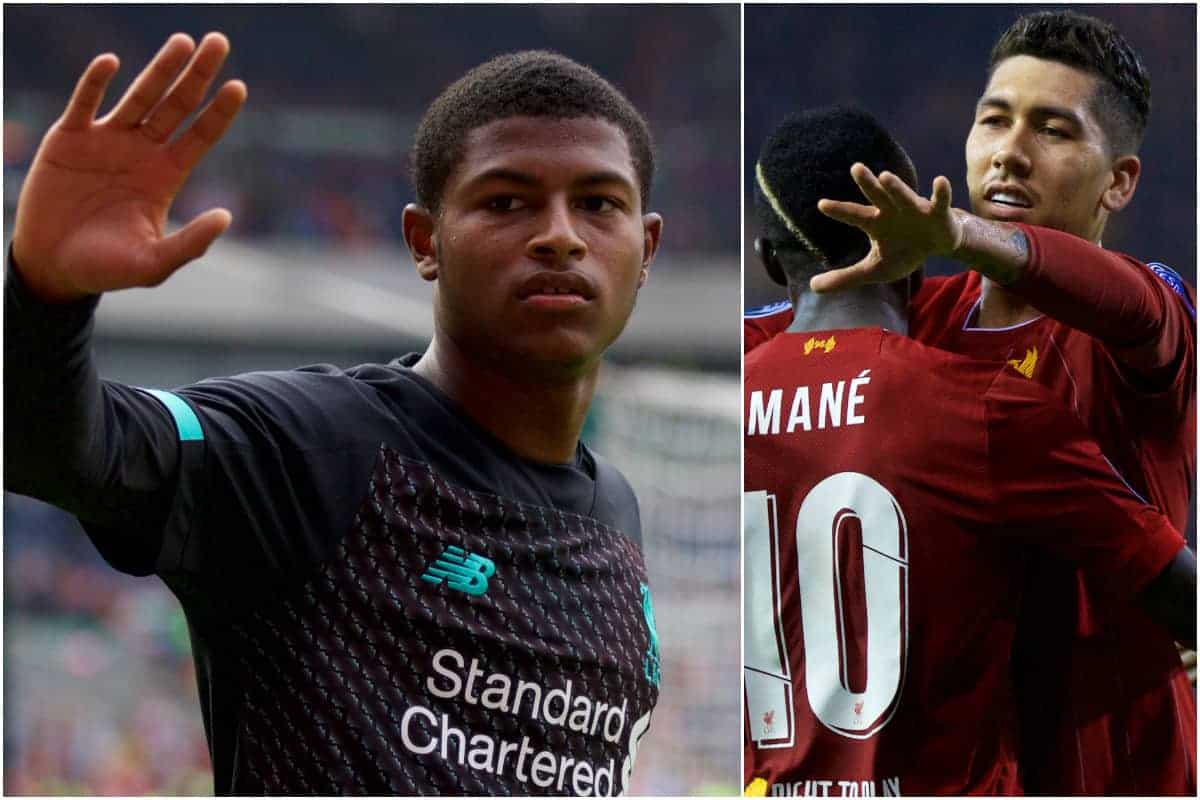 Rhian Brewster has hailed Roberto Firmino as one of the three best strikers in world football, and insists the Liverpool No. 9 is still “so underrated.”

The 19-year-old finds himself directly behind Firmino in the pecking order at Anfield, having been given a major show of faith by Jurgen Klopp in the summer.

But given the form of the Brazilian and his importance to the side it is little surprise Brewster has been given little opportunity so far this season, with his only first-team outing coming in the League Cup.

That is likely to change as the campaign goes on, and he was named on the substitutes’ bench as Liverpool won 4-1 at Genk in midweek, with next week’s clash with Arsenal likely to bring another outing.

He will be under no illusion that Firmino remains deserved first choice, though, as he told Soccer AM that he is “one of the best at what he does.”

“Easily top three [in the world], as a striker he’s up there as one of the best,” Brewster said when asked to rank Firmino.

“I think he’s an amazing player and so underrated in the football industry, and only lately he’s being regarded as one of the best at what he does.

“He comes in, goes high, he’s all over the place and that’s what helps the team a lot.”

Brewster reserved similar praise for Andy Robertson and Trent Alexander-Arnold, who he believes are “the best full-backs in the world.”

“Name me someone better as a two. I don’t think you can get anyone better than them at the moment, as a pair,” he continued.

And the teenager backed Virgil van Dijk to win the Ballon d’Or in December, saying “why not have a centre-half win?”

“What he’s done, obviously winning the Champions League and changing Liverpool in the way he has done, because we keep a lot of clean sheets with him and Alisson,” he argued.

“Our back four has transformed a lot, and I think everybody has confidence now with our back four and our ‘keeper.”

With Liverpool facing a heavy schedule throughout the winter, Brewster could achieve his target for the season in the coming weeks, as he laid out his ambitions with the Reds.

He concluded: “You’ve always got to set yourself targets, and I think my target this year is making my debut in the Prem and having a few appearances for Liverpool Football Club.”