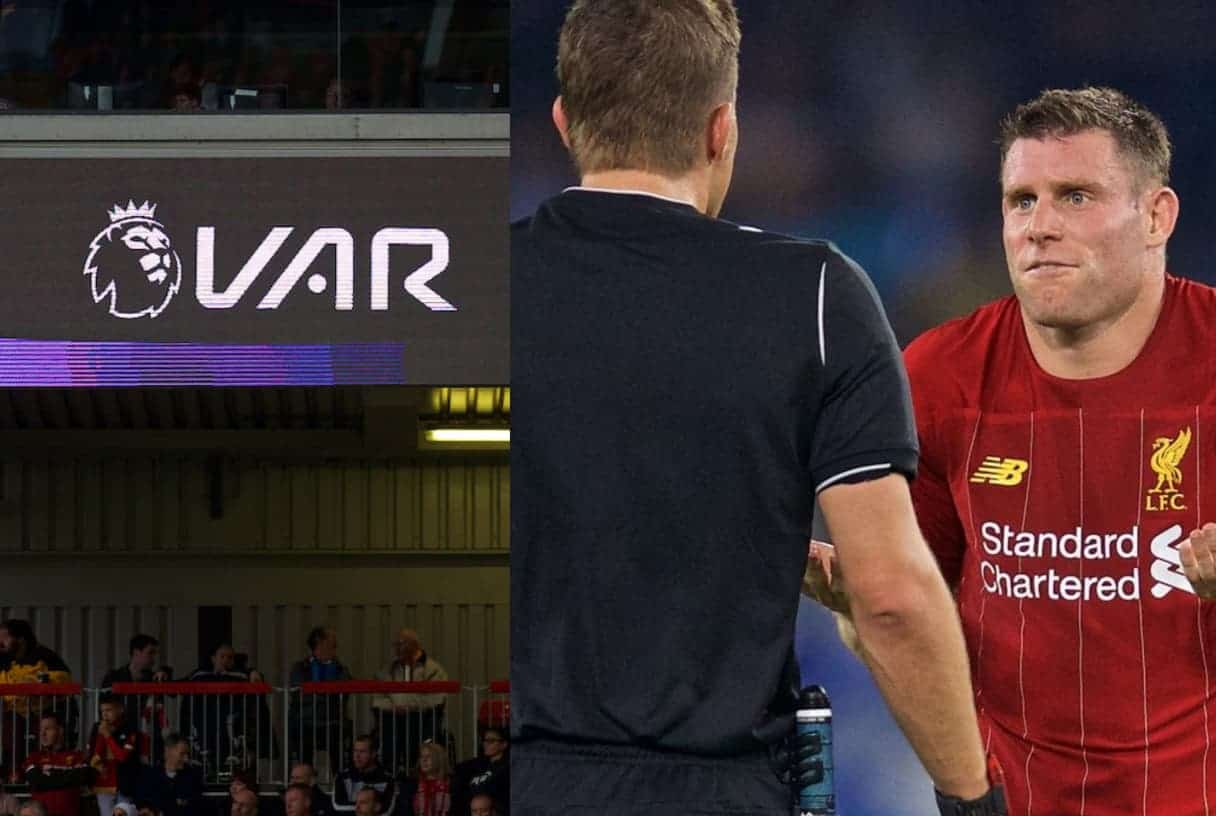 Another change in the implementation of using the Video Assistant Referee in the Premier League could be on the way, with refs potentially using the pitch-side monitors to curb criticism.

While the general consensus appeared to be that using more technology would be a step forward, VAR has been a bit of a shambles in England’s top flight this season.

On-pitch refs’ decisions which appeared plainly wrong have been continually backed after pointless, drawn-out reviews—see Joel Matip being thrown to the ground in the box for one such recent example.

This weekend, a complete about-turn appeared to be on show instead: Man United were awarded two penalties of dubious nature, while Crystal Palace were given one and the ref’s decision to book Wilf Zaha for diving overturned—then Arsenal‘s would-be winning goal was contentiously ruled out in the same game.

The so-called “clear and obvious” bar, which had been so high as to be irrelevant previously, seemed thrown away altogether. 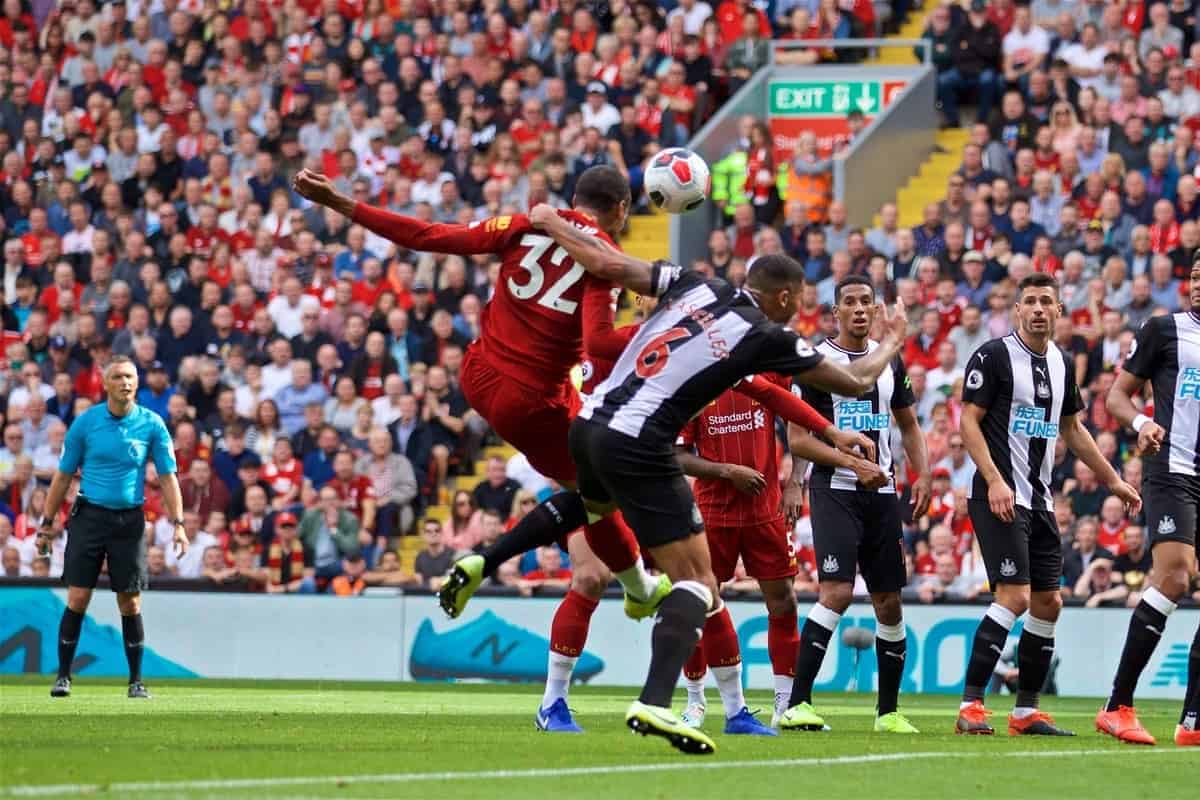 Now the Times report that Premier League club chairmen will convene to discuss whether to recommend that referees utilise the pitch-side monitors themselves, when decisions are reviewed.

There is no confirmation on whether their recommendation must be accepted by PMGOL, the body which oversees officials in England’s top flight, but rather that “there was a growing feeling among the clubs that allowing referees a free rein to consult the monitors would remove some of the sting of the VAR criticism.”

Quite whether removing criticism should be the top priority, rather than actually getting the decisions right, is another matter entirely.

On the same subject, Liverpool midfielder James Milner has revealed that he hates VAR and its implementation, saying it ruins atmospheres and the flow of the game. 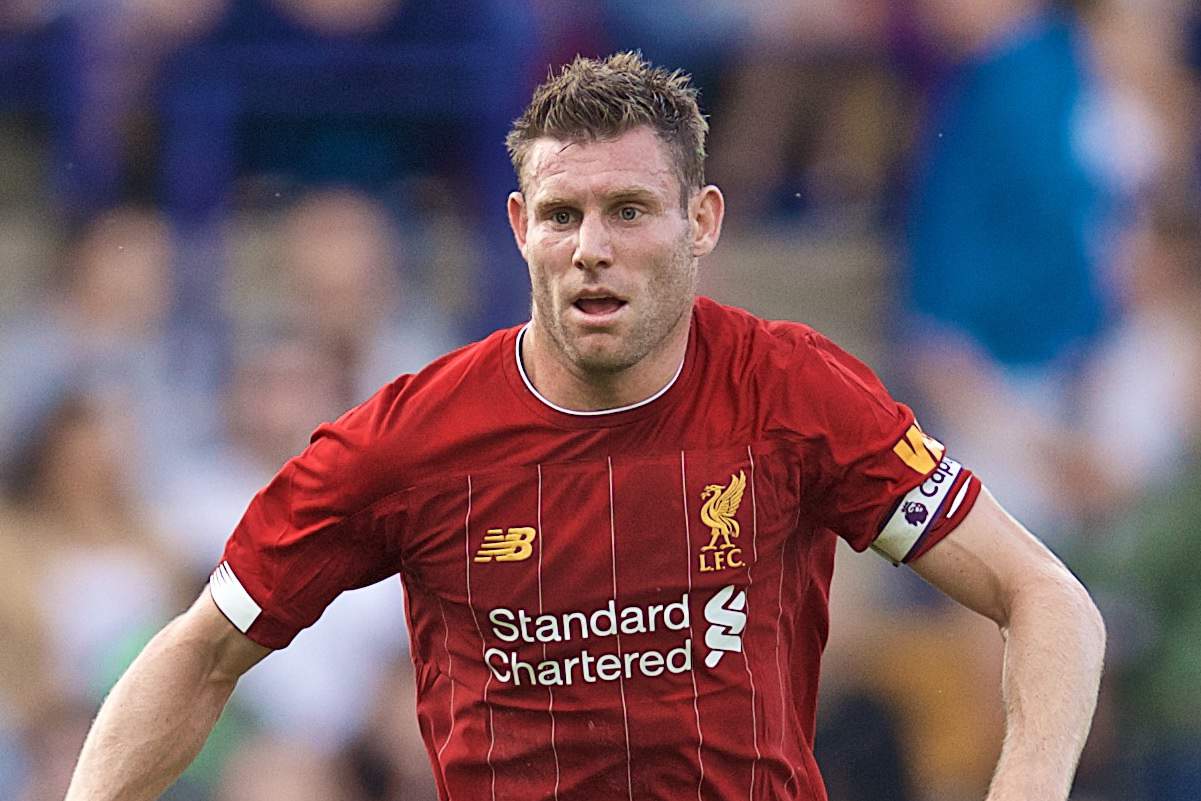 Speaking to the Guardian, the No. 7 feels the lack of literal interpretation means it’s just a different version of the same argument, comparing it to the absolute decision-making process allowed by goal-line technology.

“It might just be the old school part of me but I think there’s still too much debate around VAR.

“Goal-line technology is incredible. Instant decision. Black and white. But it’s very hard to use VAR when you’ve still got opinions on the decisions and the atmosphere is being ruined. You score, there’s an explosion of noise and then it’s VAR. You wait. Is it a goal?”

While the Reds have seen VAR decisions go both for and against them this season, it’s inevitable that as one of the league’s top sides who spend most time on the attack, more crucial elements involving VAR will occur at one end of the pitch rather than the other.

Milner’s recent, stoppage-time penalty to win the game against Leicester provided an example of the flow of the game, at a key moment, was hideously interrupted.

“I had the experience of a penalty the other week. That was a new experience as they’re debating if it’s going to be a penalty. I think there’s use for it – if we can improve it.

“But football is a game of human error on the field and in officiating as well. They have a very tough job and I’m all for making their lives easier – but not at the expense of the flow of the game.

“If the VAR took away controversy I’d back it 100%. But we’re still having discussions about VAR. I don’t think many footballers feel differently.”

The revelation that many players feel the same way is indicative that huge problems remain with the current implementation of VAR, and it will still take time to iron out all the problems.

Having referees get more on-field decisions right might just remain the best course of action, but that’s another discussion for another day.