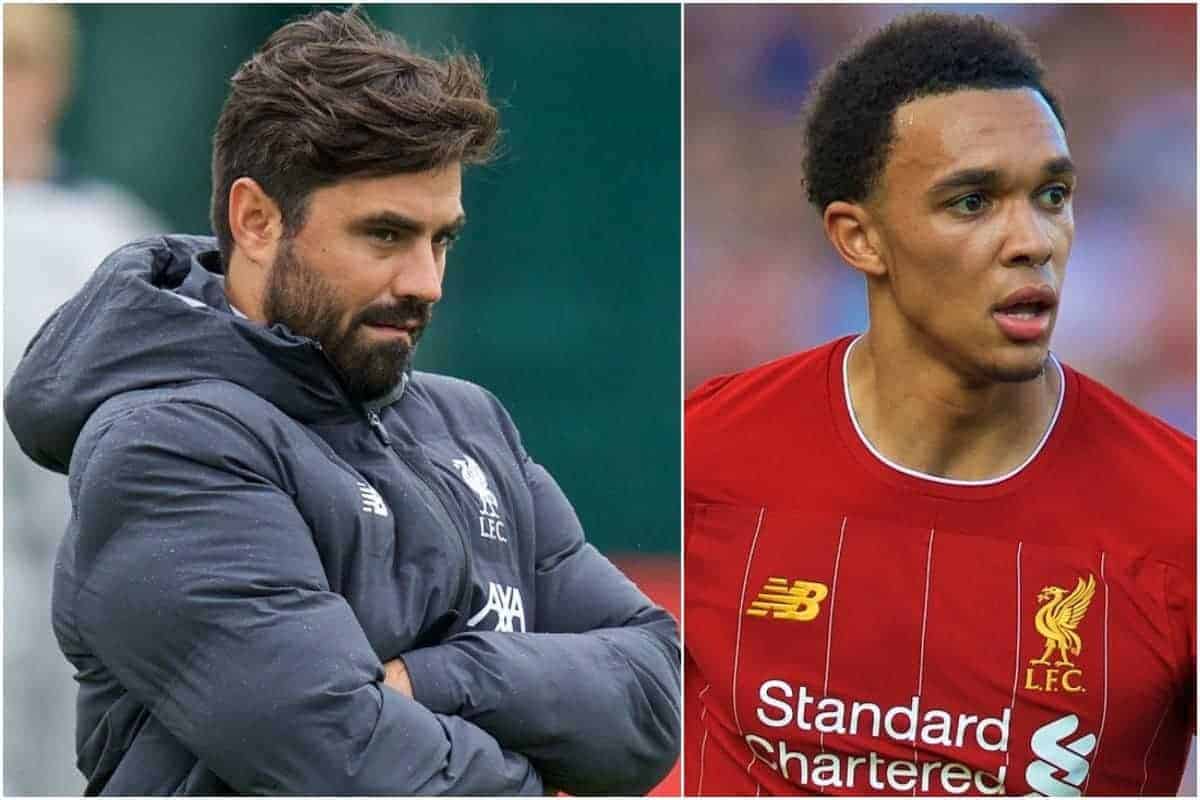 Vitor Matos, Liverpool’s new elite development coach is on the hunt for the next “perfect project” to follow in Trent Alexander-Arnold‘s footsteps.

With a wealth of knowledge and experience in his arsenal, Matos arrived from Porto in October to act as the bridge between the academy and Melwood, stepping into the vacant position left by current assistant manager Pepijn Lijnders.

The 31-year-old will oversee the development of Liverpool’s youngsters in line with the manager’s style of play, but understanding the “human being behind the player” is central to Matos’ work just as it is for Jurgen Klopp.

“My role is to say: ‘OK, we have these Academy players. How can we help them learn the game ideas of the first team, and how can we use those game ideas to continue their individual development?’” Matos told the club’s website.

“My first idea when I arrived was that I needed to know every one of the U18 and U23 players and discuss, ‘What’s the big idea for him?’

“I needed to know which person I need to speak to and work with to achieve this. It’s about knowing the club, knowing what the expectation is for a youth player to come and train here [at Melwood].

“For me, for a player to improve and to learn, we need to touch their heart – especially if he’s a young player and with that, Jurgen is incredible,” he continued.

“For sure it makes my job easier because the environment that he and all the technical staff create here is amazing for the development of players.

“We can see the development of the first team in the last years and with these first-team players we also have all the young players that are coming through, which is brilliant.”

The Reds have a rich history of young players rising through the ranks to ply trade at Anfield and beyond, and so far this season the Liverpool faithful have been handed a multitude of opportunities to lay their eyes on who many hope will go on to make the grade.

The recent success story held up as the perfect example is, of course, Alexander-Arnold who within less than three years of his debut became an established member of the first team and a European champion.

And now Matos is on the hunt for the next “perfect project” within the academy, and while the abovementioned players are currently at the forefront of everyone’s mind there is always scope for others to force their way into contention.

“Everyone is working hard to see one player from the Academy in the first team, like Trent. The process that Trent had was unbelievable because he started here as a young player and finished in the first team, so this is the kind of project that we need to find. A perfect project,” he added.

“This group is not a closed group and others can join too, but it’s the group that we know it will be very important for their development to be here [at Melwood] because it will help them to improve.

“It will be very important to be here because at any opportunity they can perform for the first team – and, at the same time, it’s a way of creating a great relationship between the first team and the Academy.”

With Matos, Klopp, Lijnders and Co. all known for placing their trust and faith into young players, Liverpool’s future is undoubtedly in the safest possible hands.

Their care for the player and the person speaks volumes of the environment they have created through all levels at the club, and the new training facilities in Kirkby next season will only see the development of the youngsters go from strength to strength.