Alisson denied Lionel Messi from the spot but was unable to keep out the rebound as Brazil suffered a narrow 1-0 defeat to Argentina.

The South American rivals met on unfamiliar territory in Saudi Arabia in a game with nothing but bragging points on the line in what was a fierce friendly encounter.

Alisson and Roberto Firmino were both named in Tite’s starting lineup, with the former making his first appearance for his country since the Copa America final having been sidelined for the previous two international breaks with a calf injury.

And Liverpool’s No. 1 did not have to wait long to be called into action as a dramatic opening 15 minutes saw two penalties awarded.

The first came the way of Man City’s Gabriel Jesus at the other end of the field after he was needlessly brought down by Leandro Paredes in the box with less than nine minutes on the clock.

The City man spurned his chance, however, as he steered his effort wide of the upright.

Alisson was then cast into the spotlight merely two minutes later when Alex Sandro tripped Lionel Messi to see the referee point straight to the spot.

Alisson saved Messi’s initial strike but was unable to hold on to the ball, allowing the Barcelona forward to find the net on the rebound in what was his first international outing in three months after he was suspended for accusing CONMEBOL of corruption throughout the summer’s Copa America.

Alisson saves Messi's penalty but can't stop him scoring from the rebound pic.twitter.com/7HTxEJK8vN

Messi would again test Alisson before the break, but the Liverpool stopper was up to the task and it would remain that way for the rest of the game as Argentina continued to pepper the goal.

Brazil, meanwhile, were left to rue their early miss as despite having the lion’s share of possession they struggled to find an equaliser.

Firmino had a quiet evening as he played the full 90 alongside Willian and Jesus in attack, while Fabinho took to the field for the final 35 minutes after he replaced Arthur in the middle of the park.

Liverpool’s contingent could all see action once more against South Korea on Tuesday as the Selecao look to end their run of five games without a win. 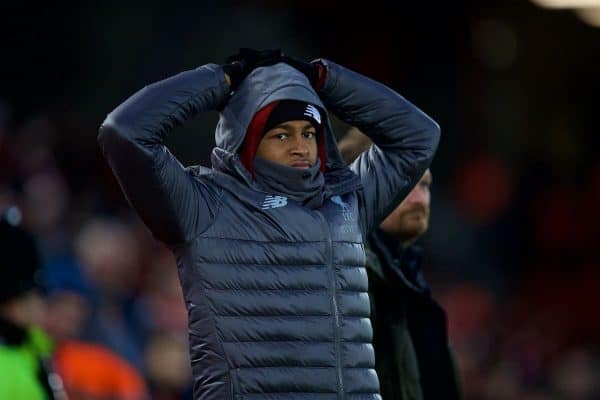 Meanwhile, the opposite fortunes came the way of Rhian Brewster as England’s under-21s secured a convincing 3-0 win in Albania in their 2021 European Championship qualifier.

The 19-year-old, however, was on penalty duty and despite sending the ‘keeper the wrong way he failed to convert as his strike rattled against the upright late in the first half, ensuring Phil Foden’s opener was the sole goal on the board.

But Conor Gallagher and Reiss Nelson would add the finishing touches to the affair, with Brewster featuring for 72 minutes before making way for Ryan Sessegnon.