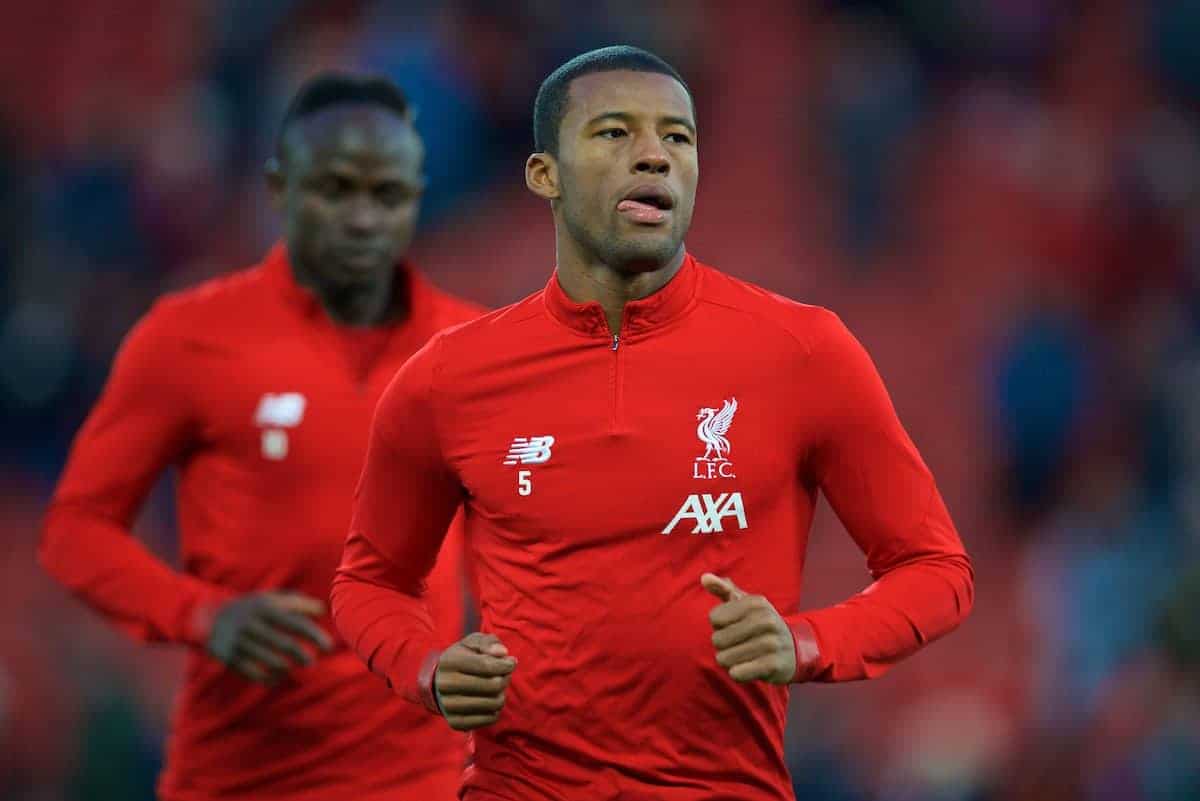 Gini Wijnaldum is set to take up Fabinho‘s role in midfield, as Liverpool start a long run without their No. 3 at home to Brighton this afternoon.

The Reds are looking for their 13th win in 14 games in the Premier League this season, taking on the midtable Seagulls in a bid to maintain their eight-point lead at the top.

Jurgen Klopp was delivered a major setback on Friday as it was confirmed that Fabinho would be absent until at least the end of the year with an ankle injury picked up against Napoli.

And while the Brazilian would have missed today’s game through suspension regardless, this now serves as the start of an extended period without one of Liverpool’s most important players.

Alisson, who was the subject of a similar conundrum earlier in the campaign, starts in goal at Anfield, behind a back four of Trent Alexander-Arnold, Dejan Lovren, Virgil van Dijk and Andy Robertson.

Wijnaldum is poised to take up deep-lying duties in midfield, with Jordan Henderson and Alex Oxlade-Chamberlain deployed ahead of the Dutchman.

And in attack, Mohamed Salah, Sadio Mane and Roberto Firmino are expected to take up their normal roles.

With both Fabinho and Joel Matip on the long-term absentees list, this winter provides an opportunity for a host of Klopp’s fringe figures, and Naby Keita, Adam Lallana and Xherdan Shaqiri are among those on the bench this afternoon.

After a disappointing 1-1 draw in midweek, the visit of Brighton is a chance to return to winning ways, and Anfield will be hoping for a more convincing display this time out. 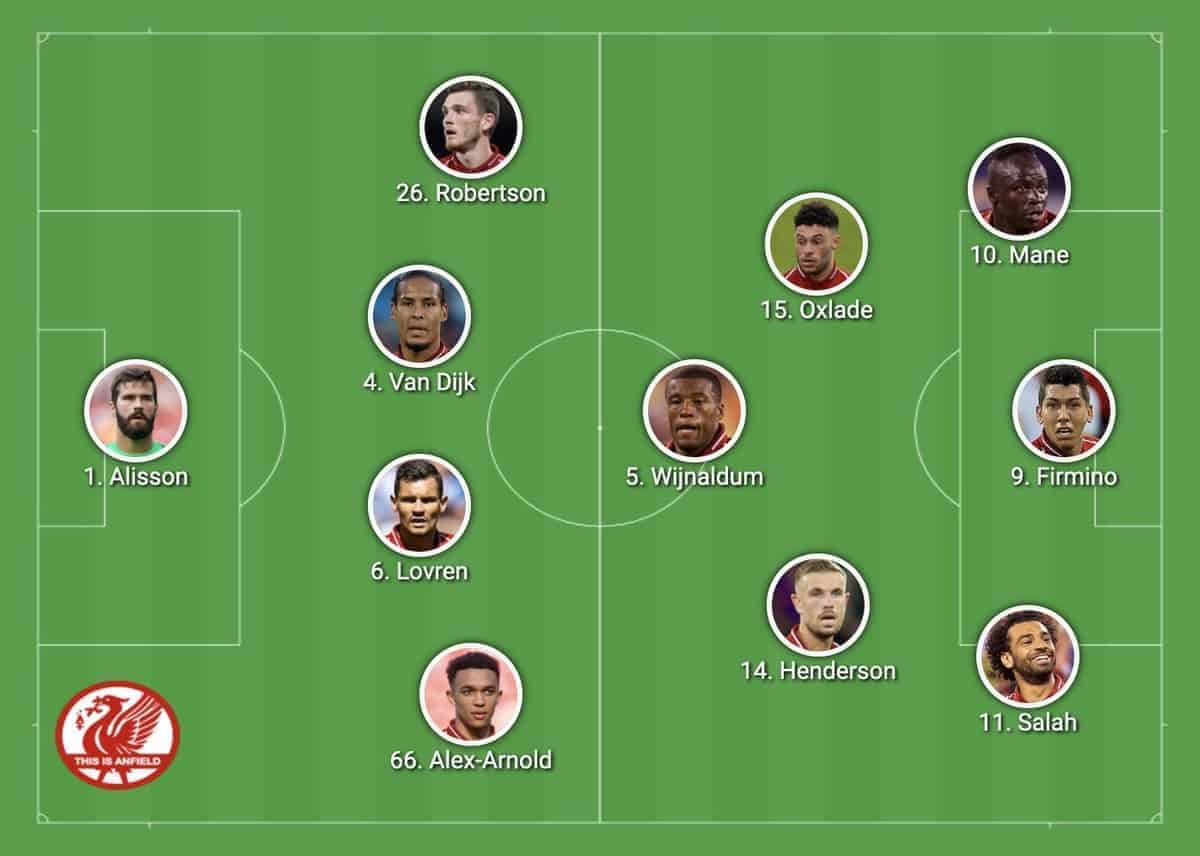