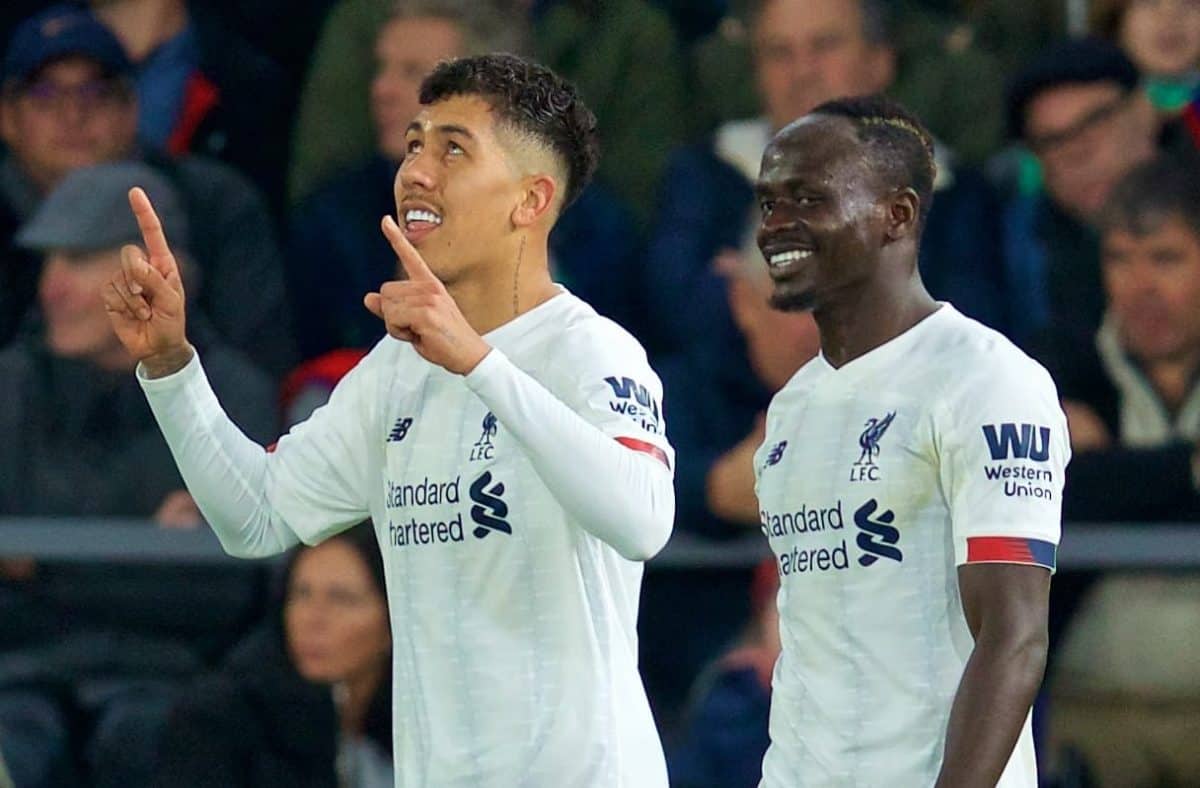 Liverpool once again left it late to earn all three points on Saturday afternoon, with Roberto Firmino‘s winner clinching a 2-1 victory away to Crystal Palace.

As can often be the case, Alisson wasn’t too busy, even though he made some routine saves in the second half.

The Brazilian dealt with everything he should have and his distribution was largely impressive.

Alexander-Arnold has been magnificent in recent weeks, but he wasn’t at his best on Saturday.

The youngster was given a tough examination by Wilfried Zaha and his use of the ball was more erratic than usual, with one wayward pass putting his team in trouble in the first half.

He improved after the break, with a few lovely cross-field passes on show.

Lovren was again preferred to Joe Gomez at centre-back and did well in general.

The 30-year-old passed the ball crisply – an improving aspect of his game – and he performed his defensive duties solidly.

You didn’t notice him, which is a good thing.

This was a typically faultless performance from him, whether it be his physicality, quality in possession or leadership.

He won endless aerial duels, holding the back-line together – without him, Liverpool could easily have dropped points.

The Scot had been a doubt in the lead-up to the game, but he started on Saturday.

Like Alexander-Arnold, this was far from his best day at the office, but he did little wrong and attempted to make things happen in the final third.

Provided an assist for Sadio Mane – no player has more (13) in the Premier League in 2019.

Fabinho was looking to continue his imperious form, but this one was of his less influential displays of the season.

One clever pass almost found the on-rushing Mane in the first half, though, and he was a noticeable presence in the middle of the park.

Picked up a yellow card, meaning he is suspended for next Saturday’s visit of Brighton.

Henderson has enjoyed an improvement in form in recent weeks, and although his endeavour was plain to see, he never got going against the Eagles.

The skipper lacked guile in attacking areas, often opting for the safe pass, and he didn’t manage to get control of the midfield battle.

Produced one lovely pass that Mane fired wide from and doubled up effectively on Zaha in the second half.

The Dutchman was his solid-but-unspectacular self all afternoon, working hard and keeping possession but ultimately not achieving too much.

His positional sense and defensive work could not be questioned, but similar to Henderson, that sprinkling of final-third magic was lacking.

Almost put the icing on the cake in the dying seconds.

Mane was switched to the right-wing in the absence of Mohamed Salah and he was Liverpool’s brightest attacking spark yet again.

He almost got in on goal from Fabinho‘s aforementioned pass, but he opened the scoring after the interval, firing the Reds in front via both posts.

He is indispensable right now, 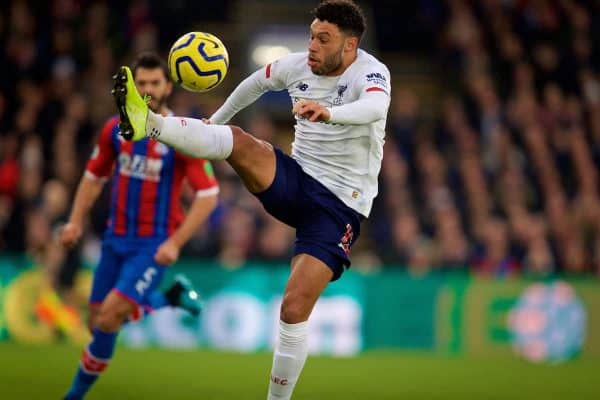 Oxlade-Chamberlain came in for Salah, playing on the left-hand side in a front-three.

The 26-year-old never looked as comfortable as he does in midfield, trying to make something happy but failing on the whole.

He was lively and showed a strong work ethic, though.

Firmino again led the line for Liverpool, but he was frustratingly off-colour throughout the contest, until the dying minutes.

When the South American plays well, so do the Reds, and unfortunately, he was lacking in all aspects of his game.

The again, Firmino went and scored the all-important winner with a good finish – a huge moment in the title race.

The Belgian worked hard but didn’t offer much.

Did a job, but was relatively unnoticed.

The Reds keep rolling on, as the never-say-die spirit Klopp has instilled in his players came through yet again.

In truth, Liverpool didn’t played well, but the manager got an improved showing out of his players in the second half, making substitutions at the right time.

Klopp will enjoy more impressive days at the office, but this continued staggering run of wins is mainly down to him.

The lack of a clean sheet continues to be a concern, though.