Liverpool edged closer to the last 16 of the UEFA Youth League with an exceptional performance at home to Napoli, winning 7-0 at Kirkby.

Due to concerns over the pitch at St Helen’s, the young Reds lined up again at the academy for their European campaign, with Barry Lewtas able to call upon the returning Ki-Jana Hoever, though he was without Rhian Brewster due to illness.

Many of those involved will be part of Neil Critchley‘s squad for the League Cup quarter-final at Aston Villa next month, and the onlooking under-19s assistant will no doubt have been impressed with their performance.

It was a stunning, free-flowing assault on Napoli all over the pitch, with sumptuous one-touch play, relentless off-ball work and inventive, dynamic passing ensuring a five-goal lead before the half-hour mark.

The first came through Jake Cain, stroking into the bottom corner from outside the box after fine work from Neco Williams and Harvey Elliott, before a handball in the box allowed Curtis Jones to double the lead from the penalty spot.

Elijah Dixon-Bonner produced an excellent finish to make it 3-0, before Jones tapped home at the far post for another and then turned provider to allow Luis Longstaff a tap-in for a remarkable lead at half-time. 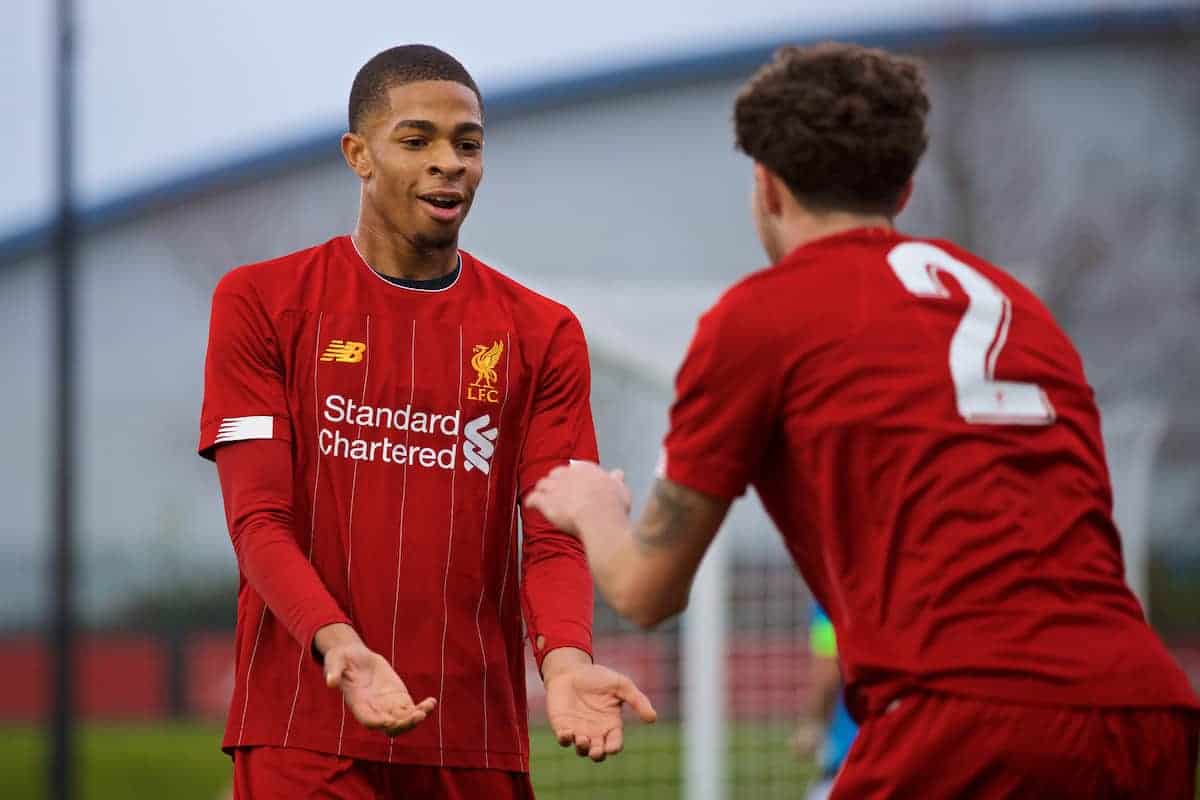 The young Reds seemed to take their foot off the gas to an extent after the break, but they still outplayed Napoli in every area, with Elliott and Jones particularly impressive in possession.

Jones, who scored twice in the under-23s’ 5-3 win at Brighton on Friday night, had his hat-trick before long, firing into the top corner from range, with goalkeeper Antonio Pio Daniele unable to keep it out despite a strong hand.

The captain almost grabbed another as he slid inside the six-yard box, but his effort rebounded off the post to allow Longstaff to fire in for his brace. 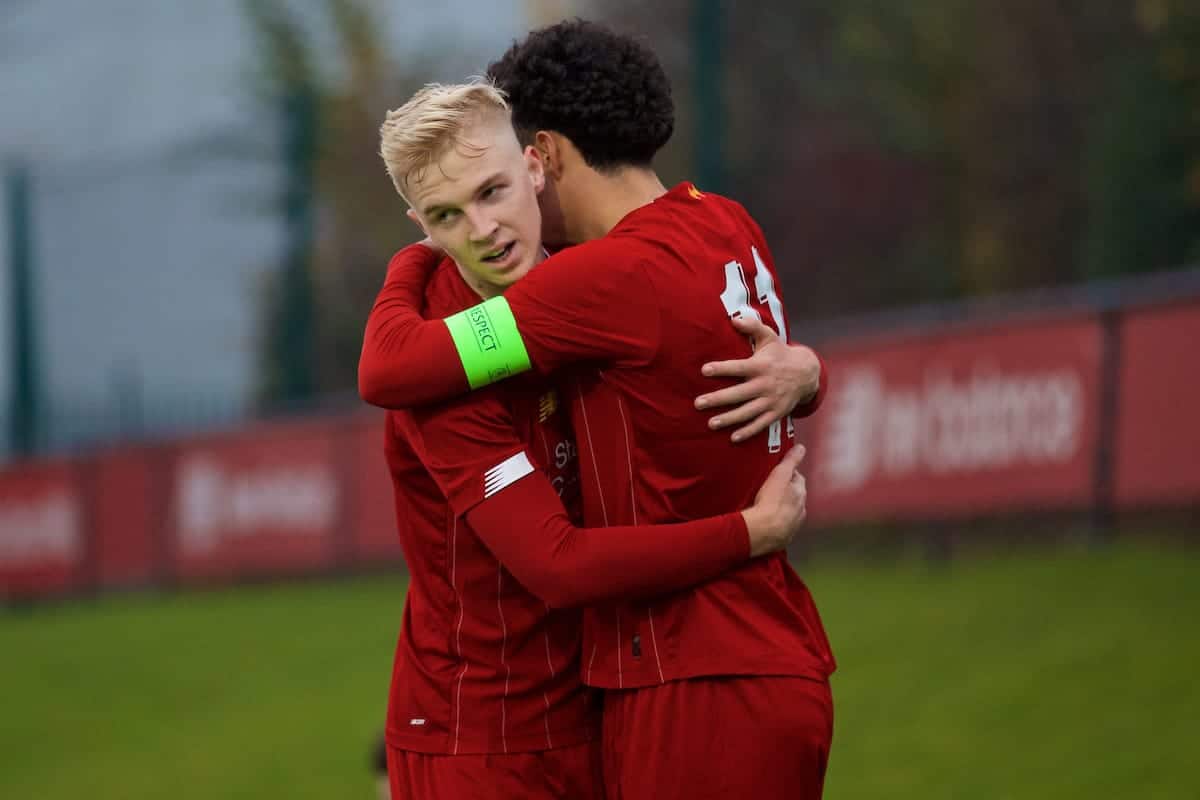 Lewtas was able to make a host of changes in the second half, including the introduction of a young trio of James Norris, Tyler Morton and Tom Hill, who have all been in excellent form this season.

Hill went close as he stabbed an effort just wide of the post, and Norris could have teed him up after driving down the byline, while an error at the back saw Cain thread Hill through for another near-miss soon after.

It could and should have been more by the end, as Hill and Dixon-Bonner both squandered big chances in the closing stages, but Liverpool were left to settle for a stunning 7-0 win which leaves them within touching distance of the last 16.

Next up for the U19s is a trip to Salzburg on December 10, with the Austrian side level in Group E after a 2-0 win over Genk earlier in the day.