Gini Wijnaldum captained the Netherlands for the first time on Tuesday night, and marked it with a hat-trick in a 5-0 victory over Estonia.

The midfielder is among a player-voted leadership group at Liverpool, serving as fourth captain behind Jordan Henderson, James Milner and Virgil van Dijk.

Though he is far from the most vocal on the pitch, there are clear qualities in Wijnaldum that ensure an authority among his team-mates, and this extends to his national team, too.

Without Van Dijk in the Netherlands’ final Euro 2020 qualifier in Amsterdam, Ronald Koeman instead turned to his No. 8 to wear the armband against an Estonia side missing Ragnar Klavan.

Koeman was rewarded with another outstanding performance removed from the duties expected of the 29-year-old at Liverpool, in a more attacking role.

Wijnaldum opened the scoring with a header reminiscent of his equaliser against Barcelona in May, leaping high and stooping to nod into the far corner.

Nathan Ake made it 2-0 with a header of his own in the 19th minute, which is how it remained until the break, with Wijnaldum then netting his second of the game with a clear run on goal after brilliant defensive work from Calvin Stengs.

Stengs laid on his hat-trick goal with 12 minutes remaining, with Liverpool’s No. 5 showing great composure to latch onto his through ball, turn onto his right and fire in for a rare treble.

Myron Boadu wrapped up the result with a late strike of his own, though three points were unable to seal top spot in Group C due to Germany’s 6-1 thrashing of Northern Ireland; but Netherlands reach Euro 2020 regardless.

For Wijnaldum it was a landmark night which saw him walk away with the match ball, and taking to Twitter after the game he expressed his delight:

What a night!! Unbelievably honoured to make my debut as captain today, to combine that with 3 goals is just unforgettable ?? So excited for the summer with this incredible squad! ?? We are one team ???? pic.twitter.com/KtuMKuiIGC

He has now scored seven goals in his last five games for the Netherlands, which brings his tally to nine for club and country this season, highlighting his contrasting roles under Koeman and Jurgen Klopp.

Klopp has seemingly relented in his tactical restriction of Wijnaldum in recent weeks, which heralded a goal in the 2-1 victory over Genk at Anfield, and it could be that this hat-trick inspires him to unleash him further forward.

Elsewhere on Tuesday night, Harry Wilson and Wales booked their place at Euro 2020 with a 2-0 win over Hungary, as the Bournemouth loanee came off the bench for the final two minutes. 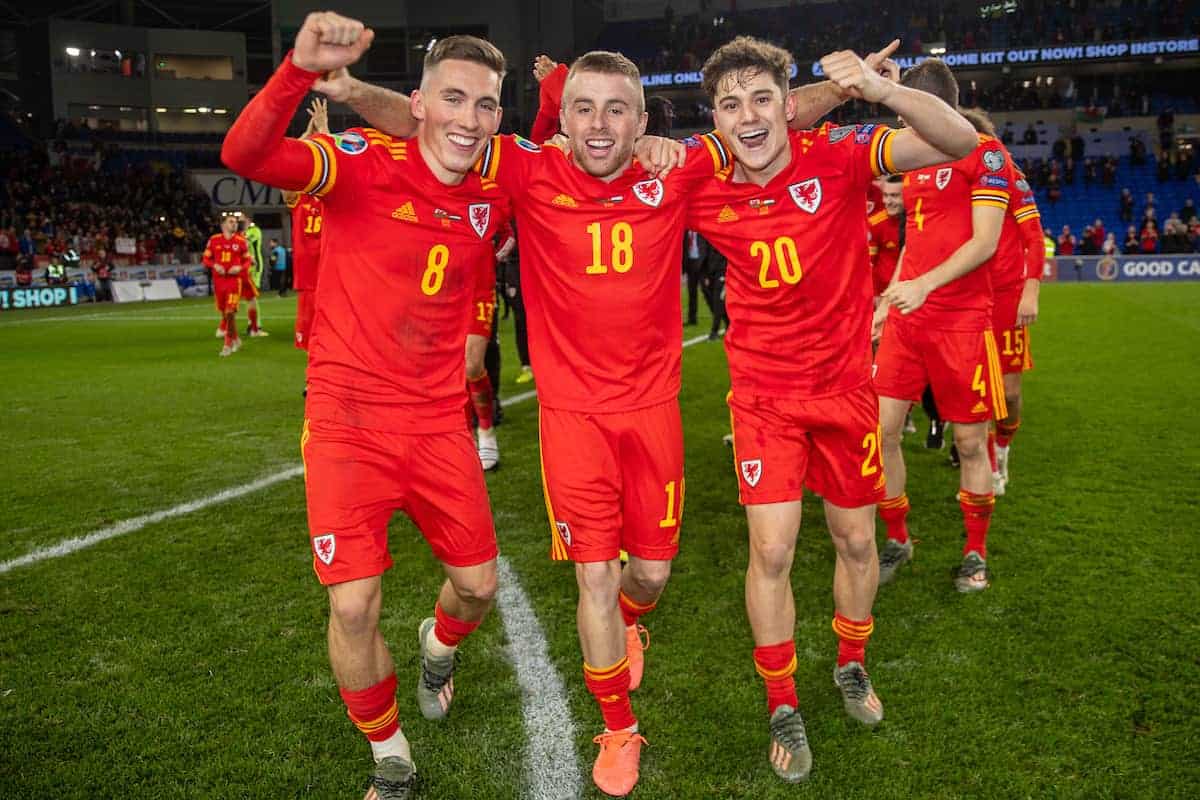 Divock Origi was also a late substitute in Belgium’s 6-1 mauling of Cyprus, replacing Christian Benteke in the 79th minute in Brussels.

Rhian Brewster started but was unable to influence the game as the England under-21s lost 2-1 to the Netherlands, with his second-half replacement Mason Greenwood scoring for the Young Lions.

Sepp van den Berg was unused at the Netherlands under-19s played out their second consecutive 3-3 friendly draw with Mexico, while Neco Williams scored again as the Wales under-19s beat Kosovo 2-0.