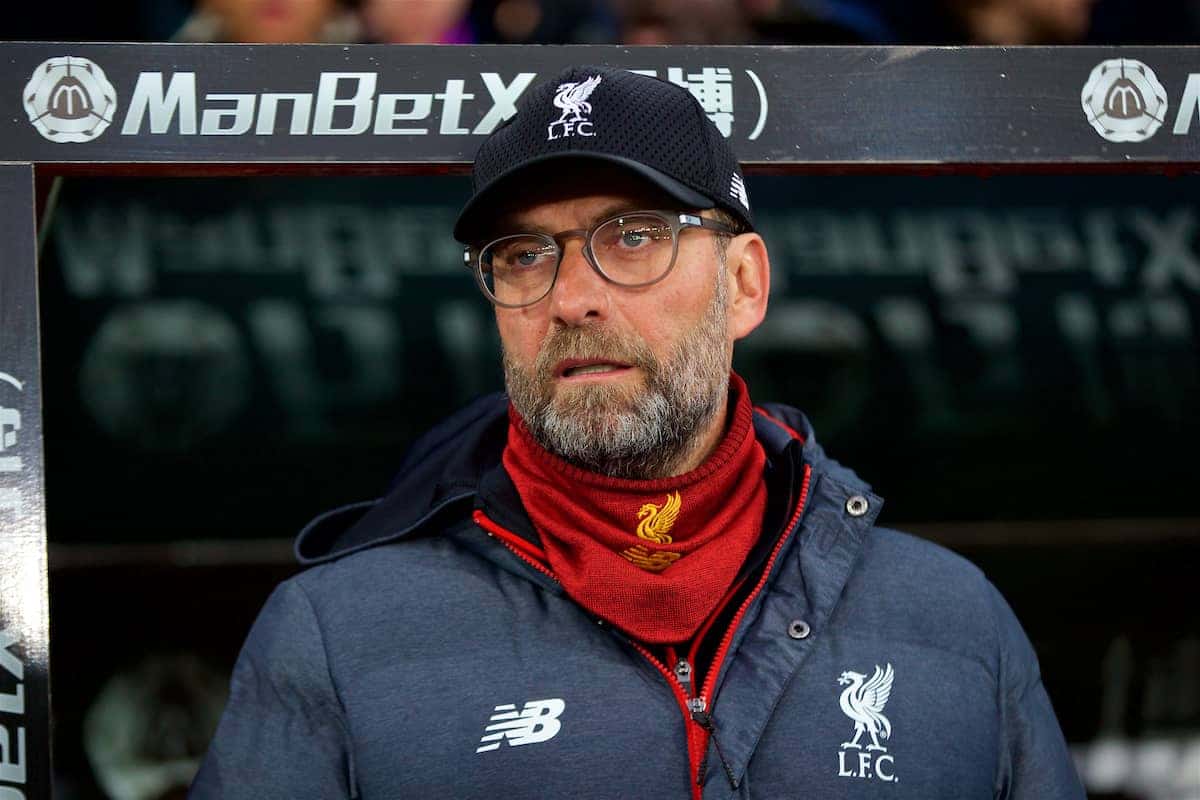 Napoli are the visitors to Anfield on Wednesday for a crucial group fixture in the Champions League before Brighton make the trip to Merseyside.

If Liverpool can avoid defeat against the Seagulls, it will see them extend their unbeaten run in the Premier League to 31 games which would equal the club’s longest-ever run without a loss in the top flight.

But Klopp said: “I have no clue about the record. I don’t know what it means because I should think about it before I answer, but I had no time.

“We are not there to break records, we are really there to get the best results over the full season.

“If we break one or two records – good – and we will take that, but winning the next game is much more important than people saying in 10 or 15 years that was the record set by this team.

“We really have a bigger job to do, but if one depends on the other, we take both.”

The visit of Liverpool ended a horror run of fixtures for Crystal Palace, who faced Manchester City, Arsenal, Leicester, Chelsea and then the Reds in consecutive matches.

Up next for the Eagles are more favourable games on paper against Burnley, Bournemouth, Watford and then rivals Brighton, but manager Roy Hodgson reflected on very different times for the south London club.

A lifelong Palace supporter, the 72-year-old reminisced on the days when the opposition at 3pm on a Saturday were not so attractive.

“From teams like Barrow, Gateshead, Accrington and Bradford Park Avenue, which is what I was brought up on, to be playing year after year against Liverpool, Chelsea, Arsenal, Manchester United. That is in itself something you should appreciate and look forward to.

“For this club to have seven consecutive years in the Premier League is a good achievement but we are desperate to make it eight.

“We are going to need to do that by getting points in the games coming up and not by beating ourselves up too much by not getting a point against Liverpool.”