Liverpool failed to ignite in their 1-1 draw with Napoli on Wednesday evening, with few players impressing at Anfield.

The Reds knew that victory over the Serie A giants would seal a place in the Champions League‘s last 16, as they aim to defend their European crown.

It was a surprisingly flat showing, however, as Liverpool never got going and had to work hard to even earn a point.

Liverpool searched for another goal, but they ultimately never did enough to justify winning the game. 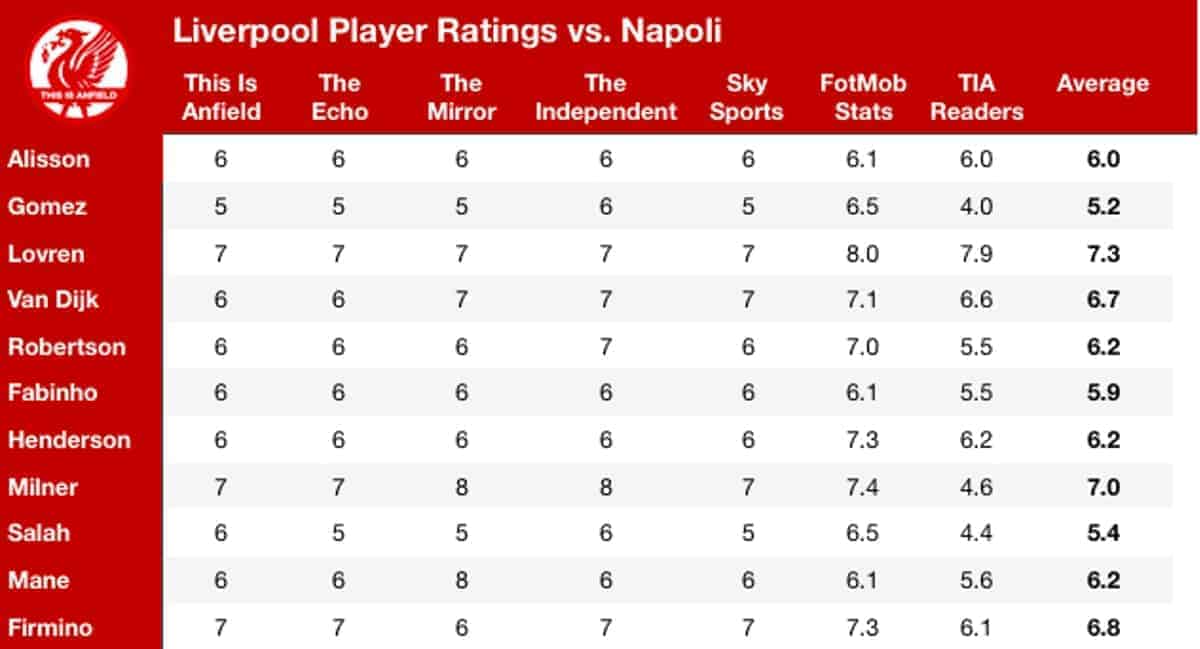 Lovren (7.3) received the highest average rating, which has to be something of a collector’s item.

The Croatian has found a good run of form in recent weeks, and not only did he defend resolutely against Napoli, he also scored the equaliser.

This is Anfield’s James Nalton highlighted an “important block on a Mertens shot early on” as a standout moment for Lovren.

James Milner (7.0) was an effective presence in the middle of the park, with Andy Dunn of the Mirror giving him Man of the Match and saying he “got through an absurd amount of work.”

Meanwhile, Sky Sports’ Nick Wright felt the veteran was “one of Liverpool’s better players,” on an evening when too many Reds failed to hit top gear. 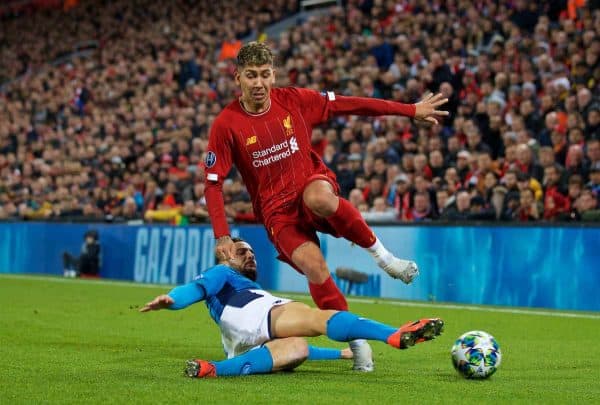 Taking home the bronze was Roberto Firmino (6.8), who was not at his best, but did attempt to make things happen in the final third.

Ian Doyle of the Echo was impressed with the Brazilian’s “hungry pressing and link play” in the first half, also describing him as “more prominent up top” after the break.

It was a torrid night for Joe Gomez (5.2), who took home the wooden spoon with a paltry average.

The 22-year-old was off the pace at right-back, leading Nalton to say that it was “difficult to find positives” and Doyle to call his final-third quality a “glaring issue.”

It is another quick turnover for Liverpool, as Jurgen Klopp‘s men welcome Brighton to Anfield on Saturday afternoon.