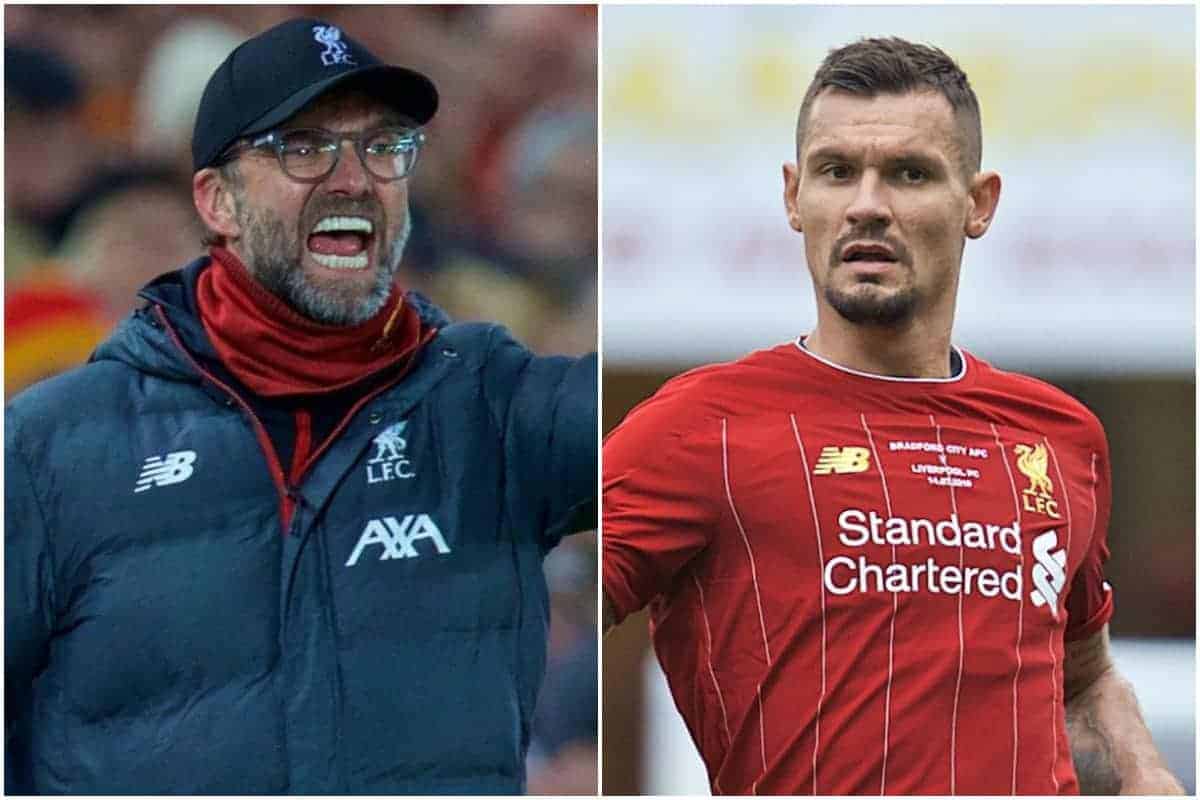 Liverpool players are off on international duty this week—but already the boss is setting out the plan for the next Premier League match.

A two-week break from domestic action means the squad is split, with some around the world in qualifiers or friendlies, and others back at Melwood training.

The impressive 3-1 win over Man City leaves the Reds top, eight points clear and still unbeaten, but the entire squad knows that the most testing run is still ahead with the late November and entirety of December fixture crush.

Jurgen Klopp is naturally delighted with the start the team has made to the 2019/20 season, but is still only looking at the next game rather than the prizes at the end of the campaign.

That has been his mantra since walking through the door, and there’s no changing now—with all the focus on how the squad will return to Merseyside and prepare for the Premier League trip to Crystal Palace.

“It’s just the start, that’s how it is, everybody knows that,” Klopp told the club website.

“If you would have told me that you can have 34 points [at this stage of the season], wow! It’s pretty much impossible but we did it but now the boys go for the last international break of the year. They have to come back healthy. You saw it how intense it was [against City].

“Hopefully they all come back healthy and then we go to Crystal Palace. I think the last games are somewhere on the planet on Tuesday in the week that we play on Saturday against Crystal Palace.

“So they will fly back on the Wednesday, Thursday have a recovery session and Friday, Saturday ‘Hello, Crystal Palace!’ That’s the situation so nothing happens so far but it’s still the best situation we could have asked for so let’s hope we can carry on.”

One of those who has played a big part in recent weeks, after sitting out the early games of the campaign, is Dejan Lovren.

The centre-back went from regular starter to fourth-choice last season, but an injury to Joel Matip has opened up an opportunity for him once more. 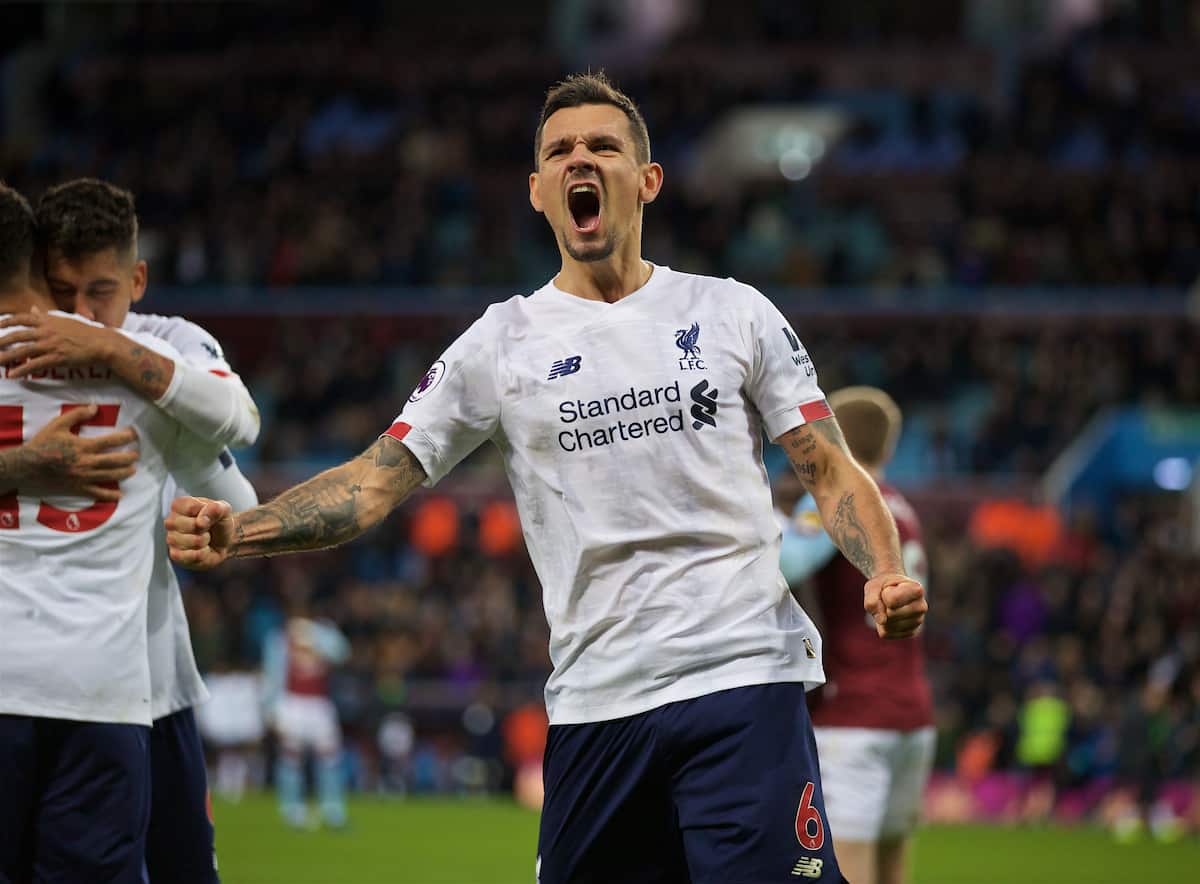 Lovren echoes his manager’s approach by only taking matters one game at a time—something which has probably been reinforced in him with his in-and-out spells in the side.

As the No. 6 notes, fortunes can change suddenly and unexpectedly with injuries, and the entire squad will be needed along the way if the Reds are to lift trophies in May.

“I think one of the big things is not to think too far ahead. It’s a long season with so many games to play. We always just go game-to-game and I think that is important.

“It is unfortunate for Joel to be missing at the moment but injuries are a part of football. I have had many conversations with the manager and I have been working hard behind the scenes.

“I am sure there will be many changes between now and the end of the season. I think there are another 50 games in front of us when we look at all the competitions that we have.

“So there are many games to play and, for sure, we will require all the squad to be ready to come in and compete when needed.”

Lovren is part of the Croatia squad playing Slovakia and Georgia over the next two weeks, while positional rival Joe Gomez is hoping to feature for England against Montenegro and Kosovo.