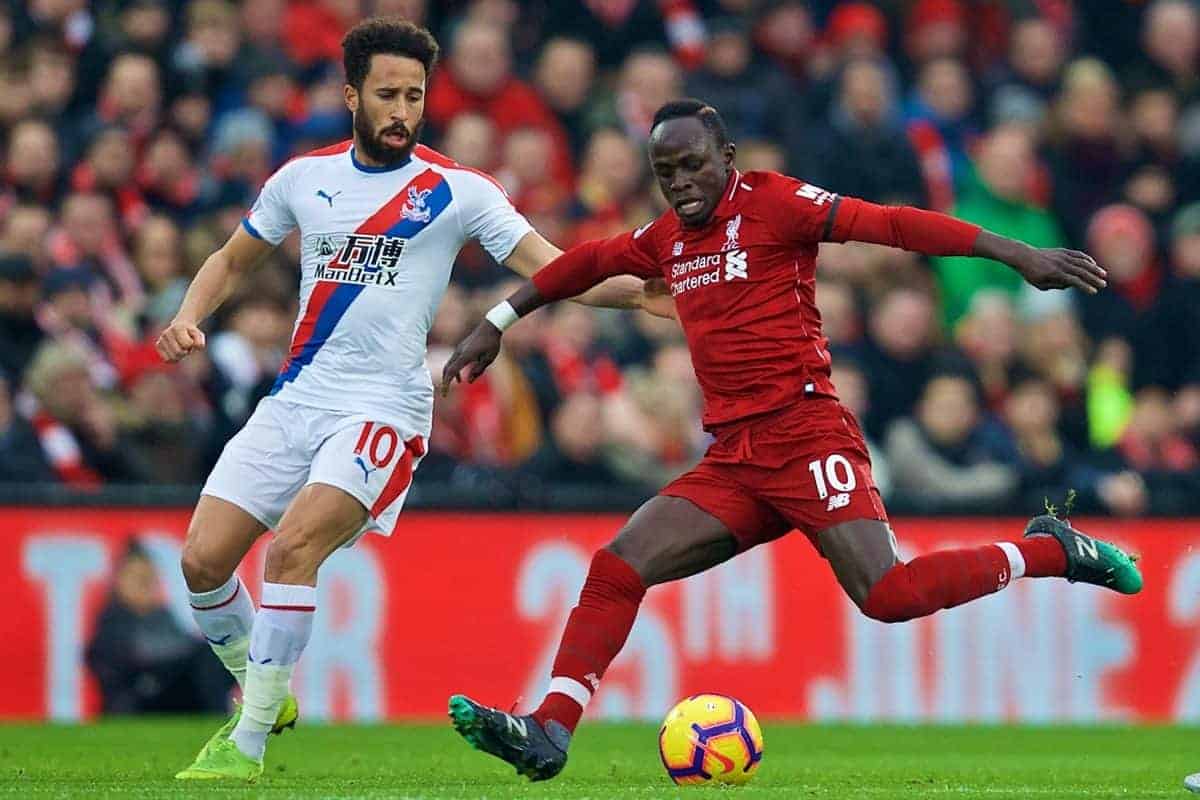 Liverpool return to Premier League action with a trip to Crystal Palace, where the chance to maintain their stranglehold at the summit beckons.

With international breaks now on the back burner until March, Liverpool can move full steam ahead both domestically and in Europe – all of which starts with a trip to Crystal Palace.

The Reds head into the fixture with three Premier League wins on the bounce, the most recent of which saw Jurgen Klopp’s side inflict a 3-1 defeat on Man City to open up a nine point gap over the reigning champions.

Liverpool’s lead at the summit, however, is eight points with Leicester and Chelsea both level on points in third position, with the latter meeting City on Saturday evening.

While the Reds will be rolling into the meeting with the Eagles with high spirits after a number of thrilling victories in recent weeks, Roy Hodgson’s side have experienced reverse fortunes.

With eight games on the board, the Eagles sat in sixth position, but one draw and three defeats from their last four outings has seen them drop to 12th position.

In that time, however, they have encountered four teams currently sat sixth and above, with an aggregate score of 8-2.

It is a welcome sight for Liverpool who will look to inflict further misery as they aim to continue their barnstorming start to the 2019/20 season.

Moreover, in their six games at Selhurst Park to date, Hodgson’s side have picked up just two victories, both of which came against newly-promoted outfits in Norwich and Aston Villa.

A trip to Selhurst Park is rarely straightforward, but the Reds have momentum on their side and the opportunity to continue to assert their dominance over the league, while once again piling the pressure on City who will follow in the late Saturday kickoff. 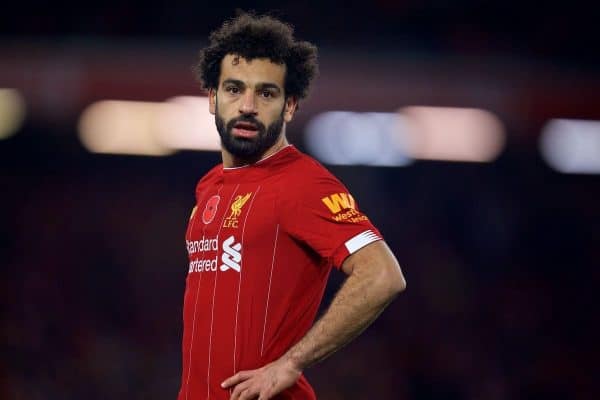 Unlike recent weeks, Klopp has a number of injuries to contend with after a handful of players withdrew from international duty.

Joel Matip remains the only first-team regular to be completely out of consideration for this match as he continues his recovery from a knee injury.

Xherdan Shaqiri, meanwhile, made his long-awaited return to training on Tuesday after missing over two months of action with a calf injury – but he will not be involved against Palace as regaining match fitness is the priority at this stage.

Moreover, Jordan Henderson is expected to return the fold after illness led to his withdrawal from the England camp.

The major concern, however, rests with the availability of Mohamed Salah and Andy Robertson as the pair were both forced to withdraw from international duty due to ankle injuries.

The pair have been mainstays throughout the season to date but have been on restrictive duties in the build-up to games in recent weeks, and on Salah Klopp conceded “we have to be sensible” over his involvement.

It leaves Klopp with a decision to make ahead of a congested festive period, one which he is set to make at the last opportune moment, but the likes of James Milner, Alex Oxlade-Chamberlain and Divock Origi are waiting in the wings should they be needed. 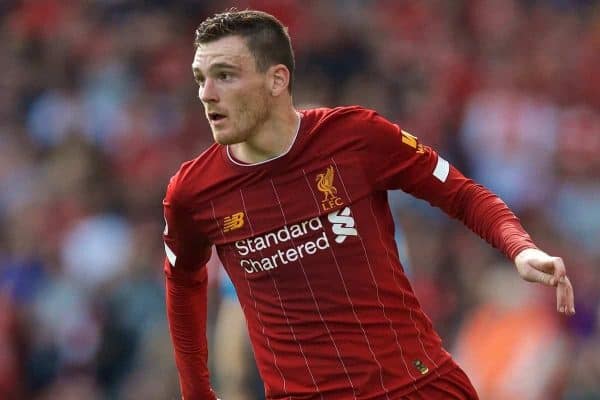 Aside from Robertson, the defence are all available for selection, with Joe Gomez likely to have recovered from the knock to his knee which saw him leave Gareth Southgate’s side early.

Virgil van Dijk is similarly available, as is Dejan Lovren is who is expected to hold on to his place in the heart of the defence for the fourth consecutive Premier League fixture.

Sadio Mane and Roberto Firmino, meanwhile, are both fit for selection, while Naby Keita and Adam Lallana remain as further options at Klopp’s disposal.

But both sides will head into the meeting with injuries to consider, as Palace could be without right-back Joel Ward after he sustained a groin injury against Chelsea last time out, which could result in ex-Red Martin Kelly getting the nod.

Wilfried Zaha is similarly under an injury cloud after suffering a bruised foot, but suggestions are he will be fit to start.

Last 5 Away to Crystal Palace (All Competitions) 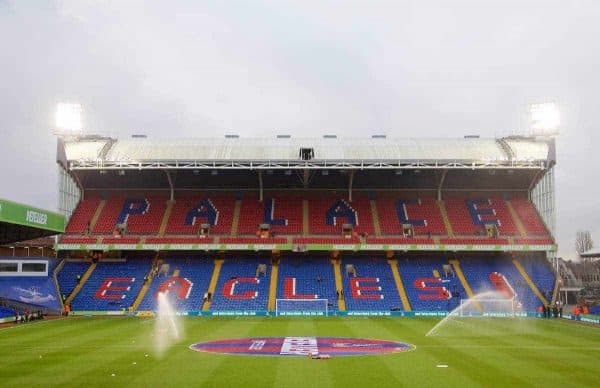 A piece of advice for the visiting fan: If you’re getting the train get off at Selhurst, Thornton Heath or Norwood Junction railway stations as they are each only a 10-15 minute walk to the stadium.

While Crystal Palace have previously proven to be the Reds’ bogey team, Liverpool have won all five of their most recent away games at Selhurst Park since having failed to walk away with a victory in the preceding six.

It means Klopp has never tasted defeat on the road to the Eagles, and Mane has proved a key contributor to the record having scored in the two most recent visits – ensuring he has scored in each of his last four appearances in the fixture.

Moreover, Liverpool have lost just one of their previous 51 league games and could move within two wins of breaking the club’s longest unbeaten run in the topflight, set between May 1987 and March 1988, with a win on Saturday afternoon.

Speaking in his pre-match press conference, the boss spoke of the threat Crystal Palace can pose his side and is expecting an “interesting” game on Saturday afternoon.

“Their home games are pretty special, a really nice atmosphere and they make it difficult. It’s a special place to go.

“They have the quality. They maybe did not have the most spectacular transfer window in the summer but working together longer can improve squads as well, especially with such an experienced manager like Roy.

“Nobody expects from Crystal Palace, even a home game, that they have 70-80 percent possession against us so they enjoy defending compact and know they are a proper threat in the counter-attacks.

“That makes it really tough, especially with the quality they have: Zaha, Townsend and Ayew – it is tough to defend.

“We have to find solutions, but it will be interesting.”

The Reds’ trip to Crystal Palace will not be televised live on UK television due to the traditional Saturday 3pm kickoff time.

But be rest assured as Chris Williams has you covered, providing entertaining minute-by-minute updates and all the information you could ever need on This Is Anfield’s matchday liveblog, starting from 2.15pm.