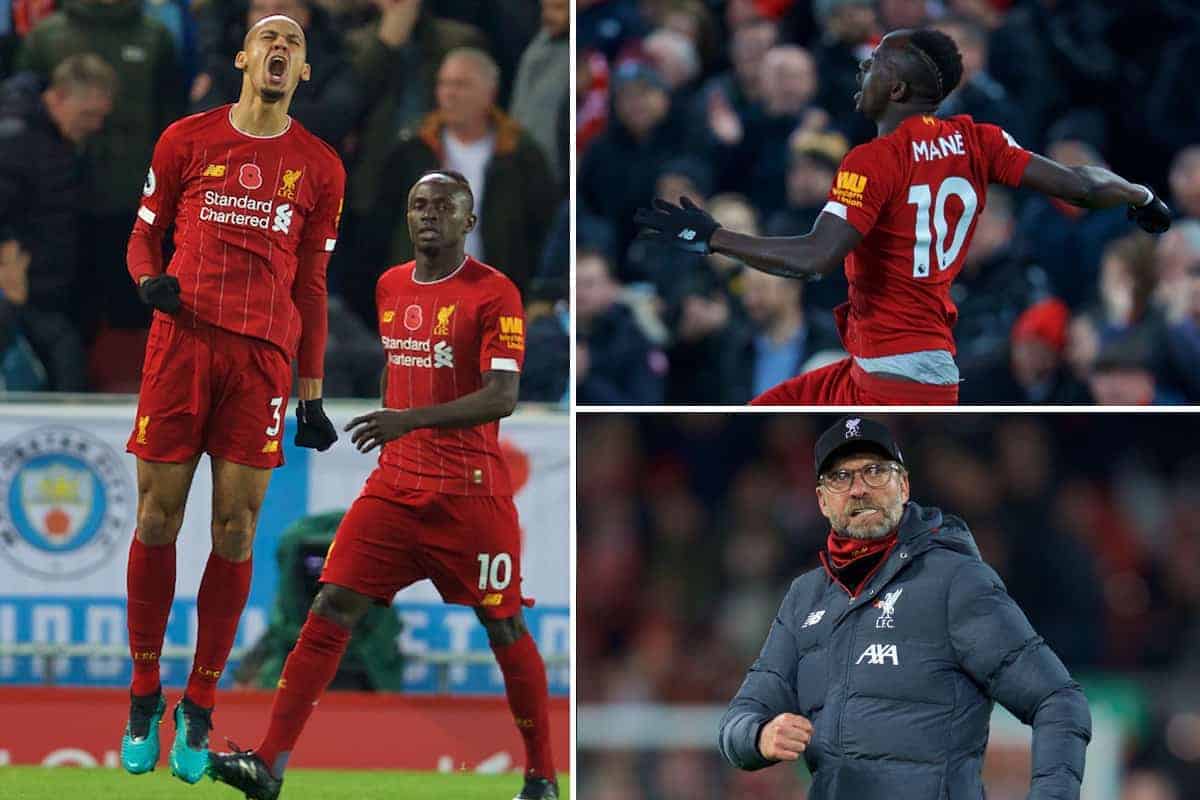 Liverpool struck three times against Man City to go eight points clear at the top of the Premier League, and nine ahead of their biggest title rivals.

Jurgen Klopp spoke pre-match about how everyone needed to be ready, and at the top of their game for this massive clash.

The Liverpool boss wanted the fans to be ready to make a noise, which they did.

Both coaches were greeted, the Liverpool one receiving a rapturous welcome en route to the stadium.

Sean Cox was the special guest, back at Anfield for the first time since his horrific injuries sustained in a Champions League game against Roma.

It was also Remembrance Sunday and Anfield paused to pay respect to the victims of wars gone by.

It was wonderful to see Sean back at Anfield and we all wish him and his family the best as he continues his long and arduous rehabilitation.

On the field, City started the brighter. Liverpool were unable to get a hold of the ball for the opening minutes but it was the Reds who struck first.

While the City players pleaded for a penalty, Liverpool broke and Sadio Mane picked out Roberto Firmino in the box.

The Brazilian couldn’t control the ball and it was stabbed clear by Ilkay Gundogan—Fabinho picked up the loose ball and struck it with power and precision.

One soon became two, another lightning break and Mohamed Salah was on hand to head a second in after just 13 minutes. Liverpool were in dreamland.

City came out for the second half in the way they began the first, but it was the Reds who scored quickly: Sadio Mane making Claudio Bravo look a clown in front of the Kop.

Three up inside the hour and City looked dejected, Raheem Sterling their only player with any sort of fight about him.

City did claw one back, but Liverpool held on—comfortably in the end, to notch a 29th unbeaten game in the Premier League.

A two-week break awaits as the Reds depart for the international break. Crystal Palace await Liverpool next, on November 23 at Selhurst Park.