Liverpool are struggling to fit in all their fixtures and Jurgen Klopp is adamant that bigger squads are not the answer.

The Reds are in discussions over a date for their League Cup quarter-final tie against Aston Villa, which should be played in December.

However, the Reds will be in Qatar at the time, playing in the Club World Cup—a seventh competition for the season after winning last year’s Champions League.

The prospect has been raised of the Reds playing two games on the same day, with different sides competing in each fixture—but if that’s the case, it’s tantamount to forfeiting the League Cup game, as the boss won’t be leaving seniors behind.

In his pre-Villa press conference for the Premier League game this weekend, Klopp told reporters that no decision has been reached yet, but his first team would be travelling to Qatar.

“I don’t know, we have to discuss it because not too much time to make the decision. But no final decision yet. If we would play [another game in England] while we are in Qatar there would be two different teams.

“We can not leave players at home for the Carabao Club. We have two games there in a very busy period, it’s not like we can go with 11 players and say these guys play the two games in Qatar and the other guys play at home against Aston Villa.

Further pressed on the number of games that players must feature in, not just at Liverpool but in the wider elite environment, Klopp put the emphasis for that decision firmly in the hands of the game’s decision-makers—as well as the media, the press the need for change. 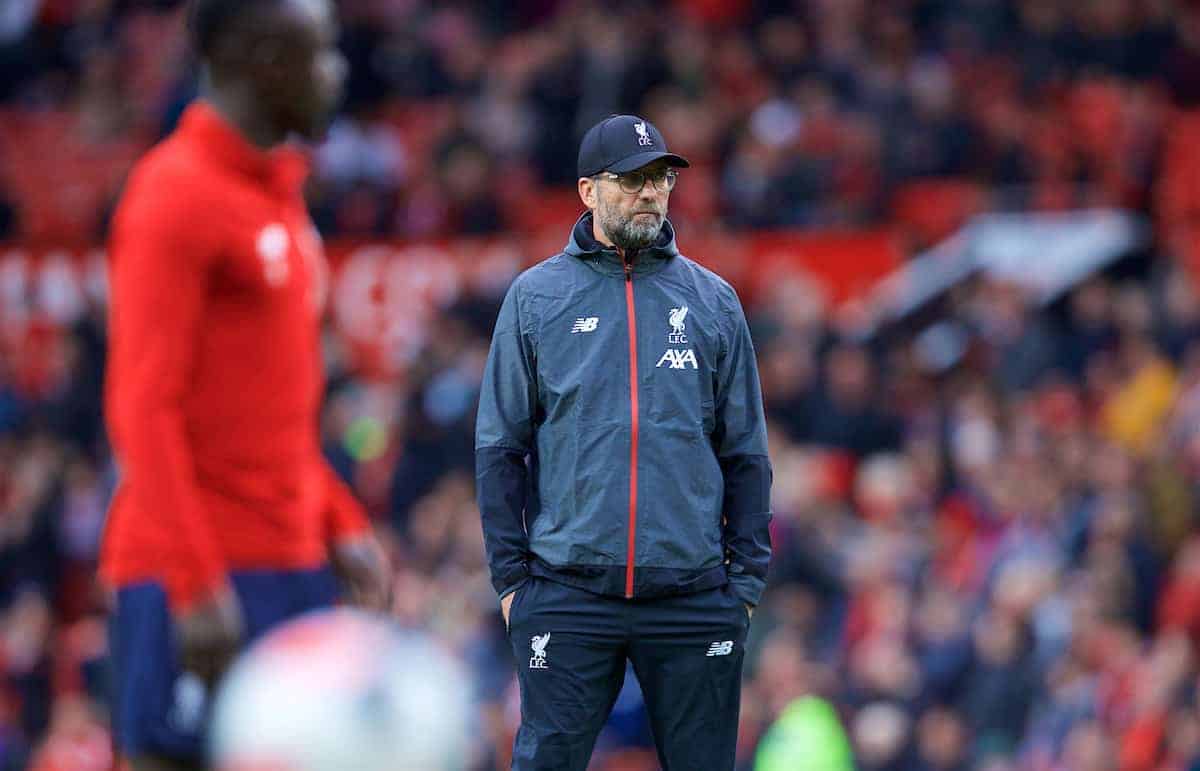 A lengthy response showed the clear feeling that Klopp has on the matter, as he delved into physical and mental fatigue, a lack of communication at the administrative level of the game and the oft-given, ‘easy’ answers which aren’t, in reality, practicable.

“It’s obvious it’s too much. Everybody involved will tell you that and you [the press] know that as well.

“An easy decision to me is why don’t you not have two semi-finals [in the League Cup]?

“Then on top of that, UEFA decides to make the Nations League, to give the players a couple of really intense games.

“It’s not my problem, I have a couple of days off. I only discuss it from the same perspective as you should discuss it, but you don’t. You only report what I say. As long as it’s like this, no pressure on anybody, we have exactly the same situation and we look why the best players in the world cannot perform at the highest level for as long as we wish for.

“Then people say, ‘OK, you need a bigger squad,’ but the game is not made for bigger squads!

“You cannot make a 40-player squad and 20 of them you send on holiday until January and say ‘now you come in,’ but we pay for all of them…that’s not possible. That’s not how it works.

“The situation is clear. The solutions I think would be a few possible. But there was not one day that FIFA, UEFA, the leagues have to sit at a table and really discuss.

“And think about the players and not about their wallet.”

Klopp rotated his entire squad for the midweek League Cup game against Arsenal, but that involved playing one debutant, starting a 16-year-old and having a whole host of teenagers coming into the side.

It could quite possibly be all-change once more this weekend, as the Reds continue a run of a fixture every three or four days throughout November and December, barring the international break—when most of the squad will also be travelling and playing.