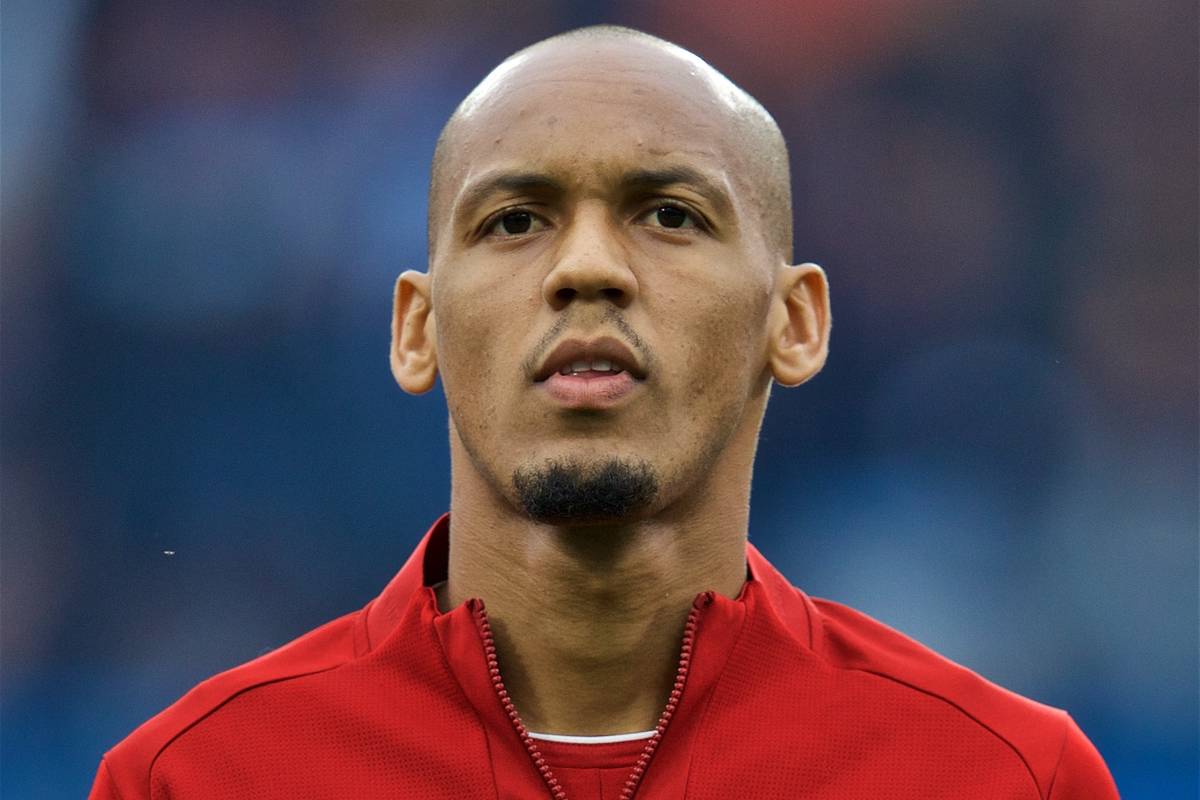 Fabinho will be out of action until the New Year and Liverpool supporters have been left devastated by the news, and searching for solutions.

The Brazilian limped out of Wednesday’s 1-1 draw with Napoli at Anfield, with concern immediately surrounding a potential layoff.

It has now been confirmed that Fabinho has suffered ankle ligament damage, meaning he is out for up to eight weeks.

“It’s important that he gets doing the right things and then will be back as soon as possible,” Jurgen Klopp said, “and until then, yes we have to find solutions.”

The news acts as a crippling blow to Liverpool, considering Fabinho has arguably been the Reds’ best player so far this season.

Here’s how supporters reacted to the Brazilian’s long-term absence on Twitter, Facebook and This Is Anfield’s forums.

Horrendous news about Fabinho. Up to eight weeks out with ankle ligament damage. Such a key part of Klopp’s side and now missing for a crucial stage of the season. #LFC

Fabinho news a blow but we'll be fine. Loads of good players and a good manager and a nice time to be a bit more flexible with the shape.

Gigantic blow for #LFC at the worst possible time as Fabinho faces six to eight weeks out with ankle ligament damage. No surgery required

Fabinho injury update is grim! Huge blow at such a busy period, it’s time for the rest of them to step up

Fabinho injury a massive blow to Liverpool. Their best midfielder, a crucial puzzle piece to Klopp’s style of play and the best DM in the league on current form. Huge test for the team in this title race. #LFC

“Should be OK we’re pretty stocked in the midfield department and on paper the upcoming fixture list is pretty kind.”

Right then midfield, this is when you have to truly prove your worth.

The best midfielder is out for two months, time for every single player to step up consistently.

Massive period for Keita, in particular. Arguably a make-or-break spell in his Liverpool career.

Now the challenge begins. Awful news, hope to see this man back soon. Best in his position in this league. https://t.co/axGbi6YNQG

“Massive blow for us with Matip still being out as well. Got to trust the team. Time for Hendo and Gini to step up over a difficult month.”

Injury to Van Dijk or Fabinho and we struggle as we've no direct replacement.

Time for Gini to sit in 6 role and its high time we started to see Naby and Shaq in the side too. No better time than now for them to start contributing. Just need them to stay fit!!!

“Well time for Ox, Keita and Gini to step up. I think we’ll be okay but we’ll miss him massively.”

It's time for Jurgen Klopp to be bold. It's time to try Divock Origi as a defensive midfielder.

Fabinho's injury is, however, a big chance for the likes of Oxlade-Chamberlain, Keita, Lallana and Shaqiri to nail down a spot as a first team regular. Been hard for them to break through that trio of Fabinho, Henderson, Wijnaldum. Now is their opportunity.

“That’s a blow. Couldn’t have come at a worse time either. Hoping for a speedy recovery Fab.”

Eight weeks out for Fabinho.

Fab might be out but I’m hoping to see more of this soon ? pic.twitter.com/zOQWxsX9u3

In his pre-Brighton press conference on Friday, Klopp highlighted the possible solutions with Fabinho, with Gini Wijnaldum, Jordan Henderson and Adam Lallana his most likely candidates.

The 26-year-old would have missed Saturday’s clash at Anfield regardless due to suspension, but he could now sit out a further 13 fixtures.