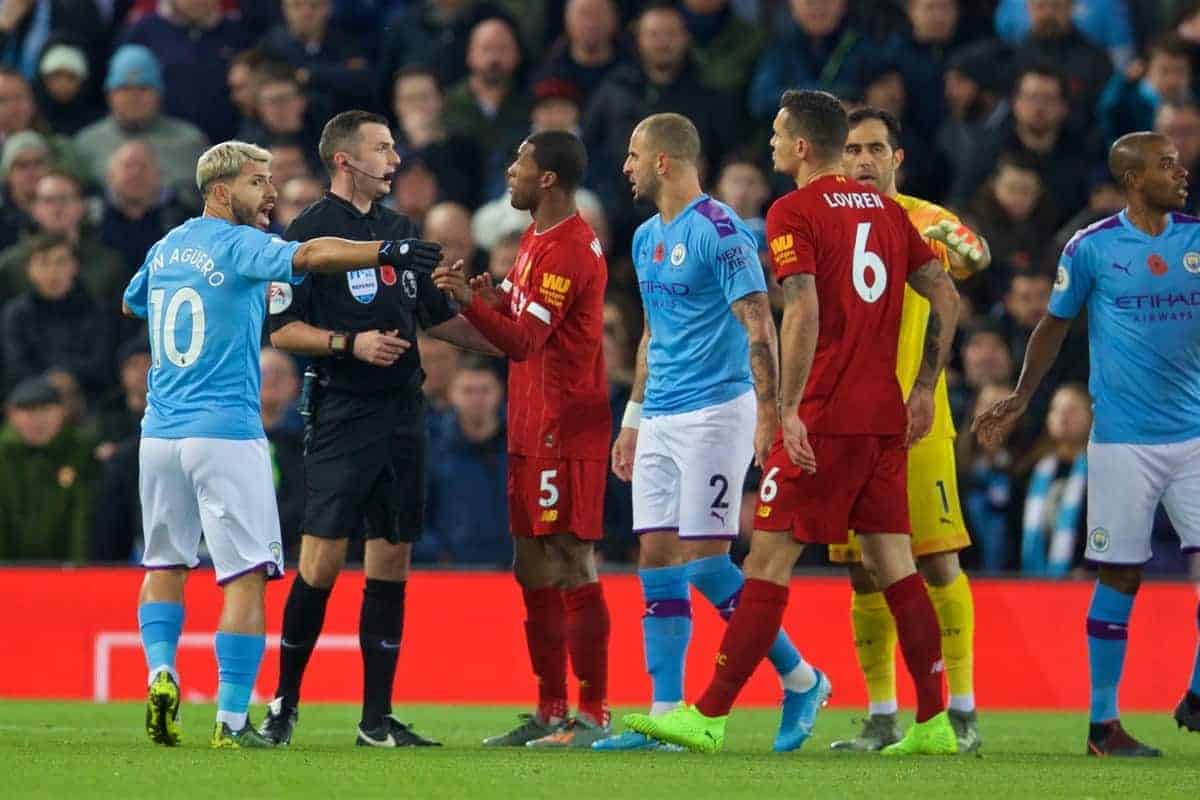 Vincent Kompany insisted VAR should have intervened and studied a Manchester City penalty claim before Liverpool broke away to open the scoring in their 3-1 Anfield victory.

Fabinho’s sixth-minute strike came just 22 seconds after the ball had struck the arm of Liverpool defender Trent Alexander-Arnold in his own penalty area and referee Michael Oliver had waved play on.

Moments before the penalty claim the ball had ricocheted on to the arm of City forward Bernardo Silva.

“One way or another the action should have been stopped there and then in the other box,” former City captain Kompany said on Sky Sports.

“You can argue about Bernardo’s handball before. I don’t think he knows anything about it. It’s a natural position.

“But [Alexander-Arnold] is a handball, that’s not a natural position. Stop the action then and make a decision.

“You go which way you want to go, but my interpretation is that Bernardo’s hand is in a natural position and Alexander-Arnold’s isn’t.

“One way or another it’s had an effect on the game. I can understand why there’s frustration.”

Fellow pundit Roy Keane said: “See that next week and it will be a penalty.

“It was a huge moment, but they still had to travel up the pitch and City have to defend better than that.”

Former Premier League referee Bobby Madley took to social media to point out that City would not have been awarded a penalty upon VAR review as the ball originally struck the arm of Bernardo.

“Point of law…as Silva handled the ball (albeit accidental) before TAA did this would have been penalised even if a penalty had been awarded,” Madley wrote in a tweet, which he later deleted.

“Attacking handball doesn’t have to be deliberate. So, a penalty would never have been possible due to it touching Silva hand in buildup.”