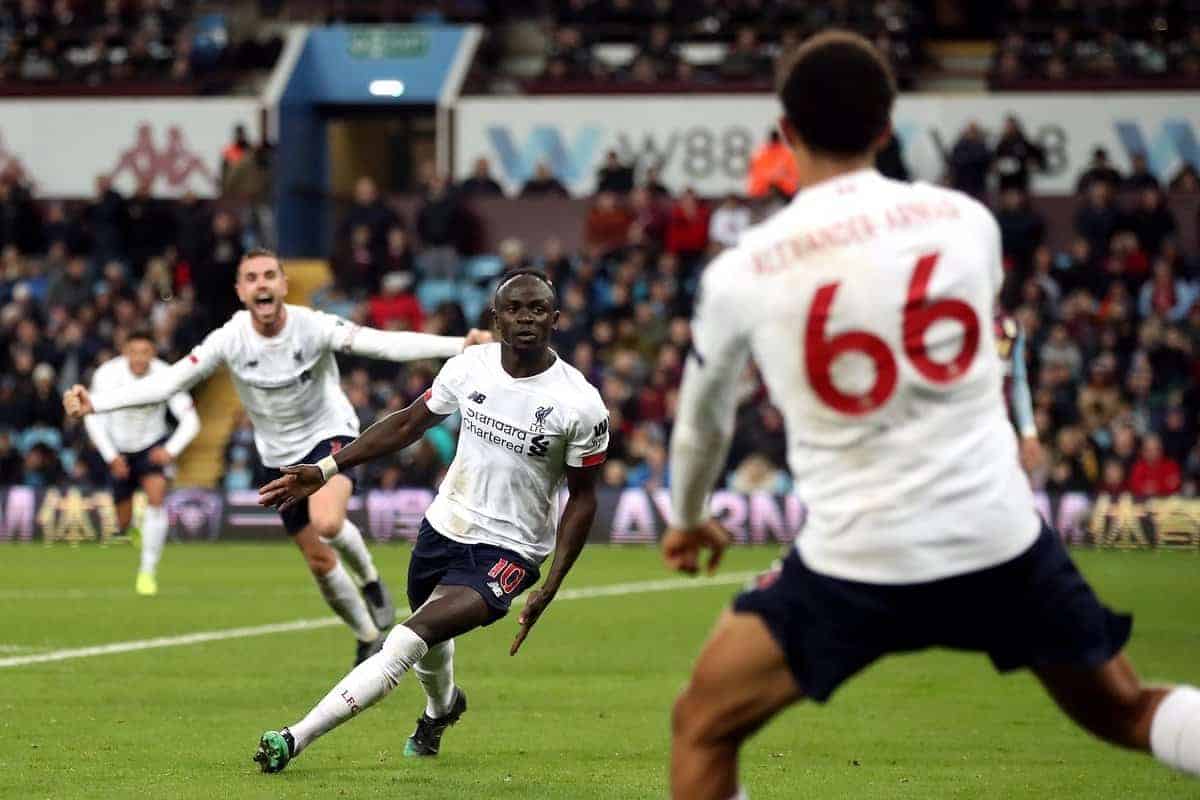 Andy Robertson and Sadio Mane were the heroes as Liverpool secured a vital 2-1 win in the closing stages at Aston Villa.

Jurgen Klopp welcomed back members of his first-choice XI at Villa Park following the Reds’ midweek exploits in the League Cup where a host of youngsters made their maiden Anfield appearance.

But having come into the clash with a suspension looming large and Man City on the horizon, the boss opted to start Adam Lallana in place of Fabinho.

Aston Villa, meanwhile, were without captain Jack Grealish as they looked to bounce back from their 3-0 defeat to City last time out.

And while Liverpool looked to gain the ascendancy in the early stages it was the home side who first etched themselves on the scoreboard having taken advantage of the Reds’ poor defending from a set-piece.

It was again another example of Klopp’s men starting slowly as they failed to make the most of their time in possession, with poor ball disposal and decision making consistently stopping the Reds in their tracks.

Liverpool’s closest sight of goal came through Roberto Firmino who had peeled off at the back post to find the net, only for the linesman to rule him offside – and controversially was not overturned by VAR.

After the break, there was clear intent to even the ledger as the Reds penned Villa into their own half but struggled to find the final piece of the jigsaw.

There were constant crosses into and around the box and when it looked as though Liverpool simply would not find a way through a stubborn Villa outfit, Andy Robertson came up trumps at the back post late in the piece.

It no doubt led to an overwhelming sense of relief for those in Red, but it was not to be the last significant act of the afternoon as in keeping with tradition of a dramatic week, Sadio Mane latched onto a Trent Alexander-Arnold cross to see Liverpool return to Merseyside with all three points.

It was by no means a performance for the ages, but it ensures the Reds head into the clash with City next Sunday with a six-point buffer – but European action under the lights at Anfield now beckons for the Reds with Genk the visitors on Tuesday evening.