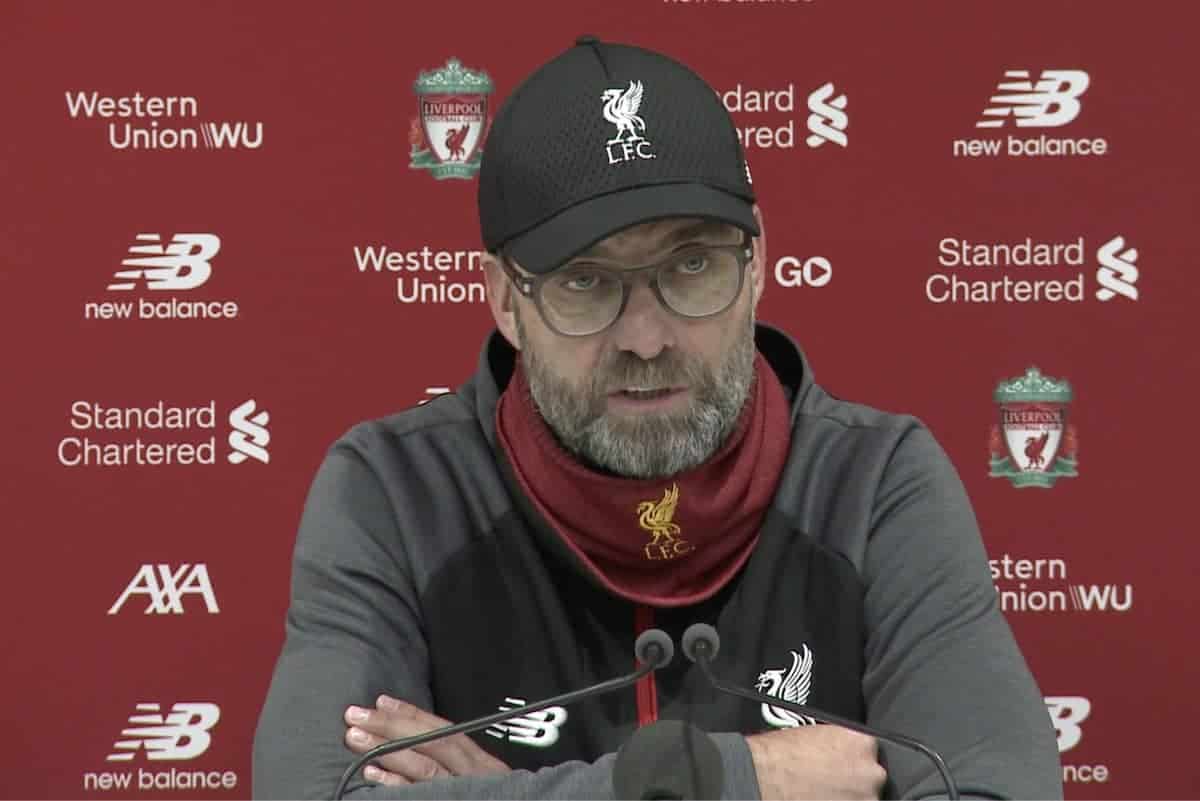 Jurgen Klopp has acknowledged Liverpool still have vast room for improvement after their nervy 2-1 win over Brighton in the Premier League.

The Reds rolled into another Premier League weekend with three points on their mind, and they got off to the perfect start after Virgil van Dijk twice found himself on the end of two deliveries from Trent Alexander-Arnold.

While Liverpool dominated the scoreboard, Brighton remained in the contest and confident that they could find an avenue to goal against a side who had failed to keep a clean sheet in 11 games.

And they did just that after Alisson saw red for handling outside the area late in the second half – which ensures his absence against Everton – to which the visitors scored from the subsequent free-kick as Adrian and his teammates were caught napping.

It set up a nervy finish to the encounter, but Liverpool emerged as 2-1 victors to equal the club record of 31 league games without defeat and move 11 points clear at the Premier League summit.

And, rightly, Klopp conceded the clash was anything but straightforward as he acknowledged Liverpool’s incredible “space for improvement.”

“Second half it was hard work. Life became more complicated with the red card,” he told reporters.

“We brought on a frozen goalkeeper pretty much – everybody sitting here is not warm yet, so imagine coming on in shorts and a thin shirt. Then you face a free-kick like that, it makes you look silly, but we fought until the end.

“None of these 13 games we won have been easy. It has been an incredible period, but we don’t want to think about the last 14 games, only the next one – and we have to be ready to fight again.

“We have so much space for improvement it’s incredible, but we know that.”

The boss also touched on Van Dijk’s “incredible talent,” the Reds’ missed chances and the “big fight” that awaits in the Merseyside derby.

As abovementioned, Liverpool’s next opportunity to clinch three points comes against Everton at Anfield on Wednesday, where the Reds can set a new club record of 32 league games unbeaten.