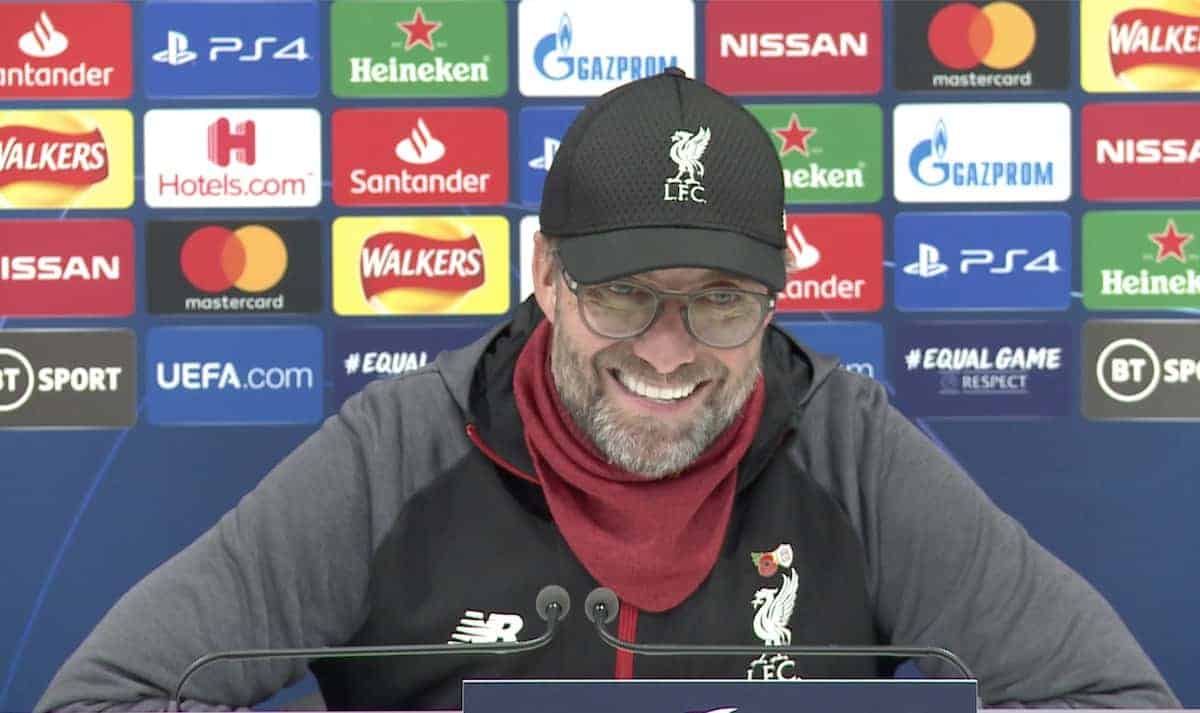 Jurgen Klopp said that “‘job done’ is the headline” after Liverpool’s comfortable 2-1 win over Genk in the Champions League on Tuesday night.

While the scoreline may not seem comfortable, it was a familiar narrative for the Reds as their dominant run continues.

An opening goal from Gini Wijnaldum was cancelled out by Genk striker Mbwana Samatta in the first half, only for Alex Oxlade-Chamberlain to turn and fire home the winner after the break.

Liverpool had 71.5 percent of possession, 28 shots on goal to Genk’s six, and while Alisson made two vital saves the Brazilian was largely untested for much of the night, while Gaeten Coucke conceded twice and produced six stops.

It was another strong, controlling display from the hosts, and speaking after the game Klopp cherished the result as “the most important thing” as he looks to progress from Group E.

“‘Job done’ is the headline for the game, pretty much, and the most important thing, of course,” he told reporters.

“But the group is not decided, we knew from the beginning it’s a tough group.

“We have to play two tough games, two important ones, and in each of them we can decide it with a win.

“But that sounds easier than it is, because both games will be really tricky.”

The Reds are top of their group with nine points from four games, with Napoli in second with eight, Salzburg third with four and Genk bottom with just one point so far.

As Klopp stated, victory against either Napoli next time out or Salzburg in the final game will be enough to secure a place in the last 16.

But for now, the focus turns to the visit of Man City on Sunday—an all-important clash in the Premier League title race—and the manager revealed that there are no new injury concerns after the game.

And with Jordan Henderson missing the midweek win due to illness, Klopp is hopeful he will recover in time to return.