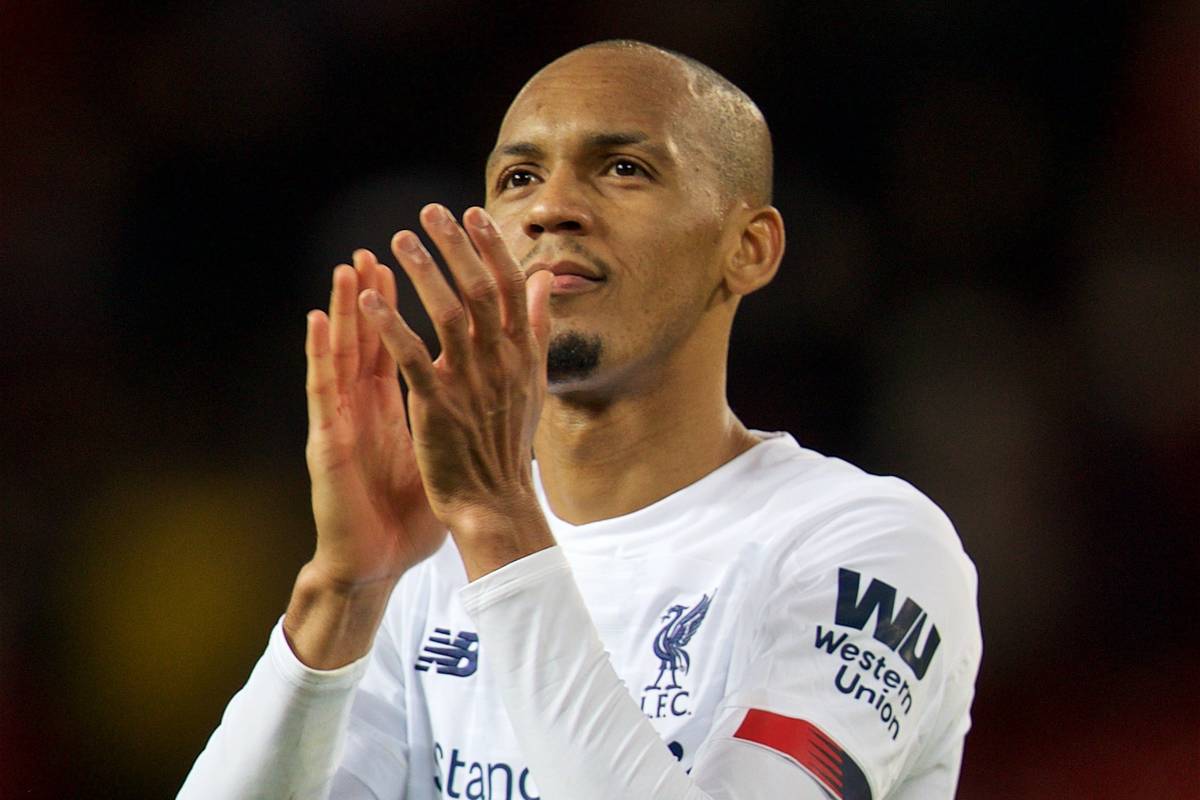 Jurgen Klopp has opted to take a positive approach to Fabinho‘s long-term ankle problem, with the manager focusing on the possible solutions.

Fabinho has been ruled out for up to eight weeks with an ankle ligament injury suffered against Napoli on Wednesday night, with the Brazilian missing the whole of December.

The Reds face a busy month with nine games across four competitions, and will be without one of their most important players throughout, which is a major blow after Fabinho‘s early form.

Only Virgil van Dijk, Andy Robertson, Mohamed Salah and Roberto Firmino have played more minutes than the No. 3 this campaign, but Klopp is now left to plan without him.

Speaking in his pre-Brighton press conference at Melwood on Friday, the manager stressed that work is already underway to find his replacement in the squad.

“Of yes, of course that’s absolutely bad news. Nothing good to say about that,” he told reporters.

“So about the timeframe, or how long it will take, we are not sure 100 percent.

“But it looks pretty sure he will not be involved in the Christmas fixtures, let me say it is like this.

“Obviously it takes a while. The whole night after the game, [the injury] was my main problem.

“But meanwhile we’ve known it for two days, we have solutions for that, for the position.

“For now it’s important that he gets doing the right things and then will be back as soon as possible, and until then, yes we have to find solutions.

“We are not the only team with injured players, so that’s what we have to deal with now, and we will.”

Klopp confirmed that there were no other new injury concerns after the draw with Napoli, with Naby Keita back from illness and training with the squad on Thursday.

The Guinean could come into contention following Fabinho‘s injury, with Gini Wijnaldum, Jordan Henderson and Adam Lallana the most likely candidates to take over as deep-lying midfielder.

Continuing his assessment of the situation, Klopp acknowledged the setback, but suggested Liverpool could even “change system” to accommodate Fabinho‘s absence.

“So like I said, losing a player with the quality of Fabinho is big, massive really, but we are not the only team in the Premier League with injuries. That’s how it is.

“You want to push that moment as far as possible to the end of the year, because in this period if you have two weeks out you miss six games.

“Will it be exactly like Fabinho? Of course not, because nobody is like the other one, but it will be a good one.

“Then we have to play football and win football games again, that’s it.”