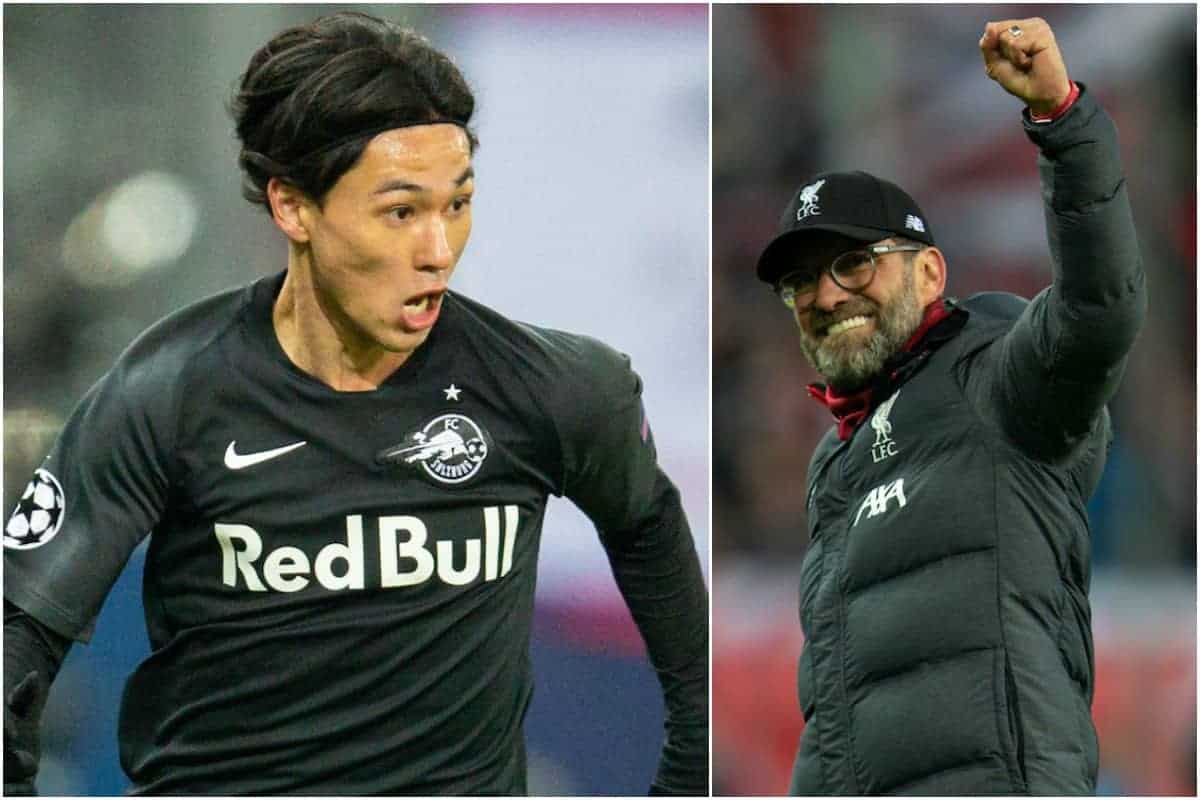 Jurgen Klopp has welcomed the signing of Takumi Minamino, lauding the addition of a selfless and talented player to his ranks.

The 24-year-old officially put pen to paper on a long-term deal at Anfield which will come into effect on January 1 2020, after the Reds triggered his £7.25m release clause at Salzburg.

The Japan international has thrived in Austria and will now ply his trade in the Premier League in a move which has left his new manager excited over the prospect of working with another talented and “proper team” player.

Minamino is now the third player, after Naby Keita and Sadio Mane, to have played for Salzburg and now the Reds, and Klopp is confident his development with the Austrian outfit will assist him in hitting the ground running at Anfield.

“This is fabulous news – a wonderful signing. We are really, really happy about this,” Klopp told the club’s website.

“Our supporters have had the chance to see him close up recently so I don’t need to sing too loudly about his qualities as they are already known.

“Takumi is a very quick, very clever player, he finds space between the lines. He is brave with the ball but also brave without the ball – a proper team player. He makes the best of himself for the benefit of others. 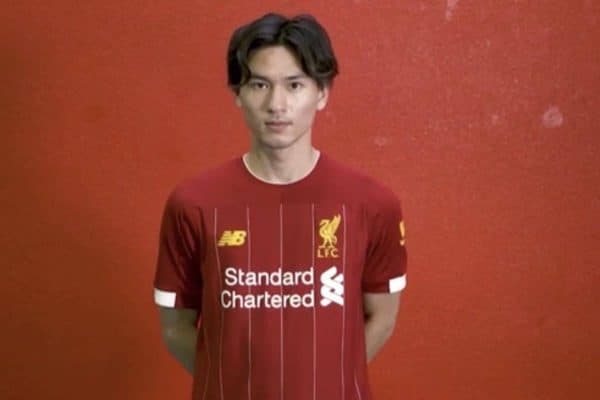 “His Champions League experience is a big bonus and coming from the club and organisation he does, we know he’ll be well-coached, used to an elite environment and had all the right experiences.

“It is fantastic work by our football operations team in how they’ve handled this transfer. Michael Edwards and the team deserve a lot of credit.

“It’s not hard to see why Salzburg is a favoured destination for players with real talent and hunger. From our experiences dealing with, and facing, Salzburg on and off the pitch in recent months, their reputation as a benchmark modern European club will only grow.”

And Klopp also had a special message for fans around the world and specifically Minamino’s native Japan, as he welcomed those who may now follow the Reds more closely after securing “one of the country’s most exciting talents.”

“I’m sure all the Liverpool supporters will go out of their way to make Takumi feel at home in our amazing city and club,” he continued.

“I am also pretty sure as of now we have added to our numbers of the LFC family in Japan specifically. For those who follow us now because we have one of the country’s most exciting talents, I say welcome – it’s a special club to be part of.”

Minamino will wear squad number 18 and has signed a contract to June 2024. He could make his debut in the FA Cup against Everton on January 5.