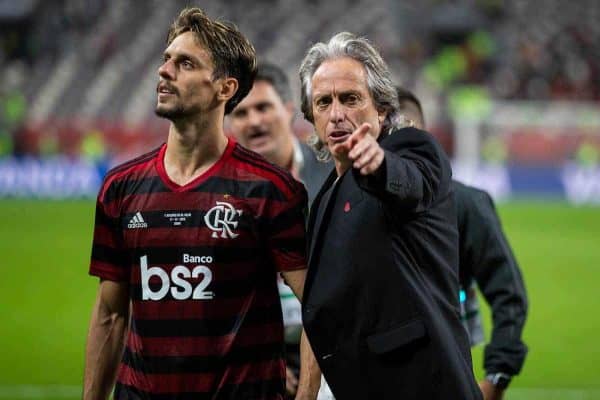 Flamengo midfielder Everton Ribeiro insists the players will dedicate the Club World Cup to the academy players who were killed in a fire earlier this year if they beat Liverpool in Doha.

Ten young footballers died in a blaze at the Rio de Janeiro club’s training ground in February, with president Rodolfo Landim saying it was “without a doubt the worst tragedy” in its 123-year history.

Everton said the plan was to remember those teenagers if they won the title.

“It was a huge tragedy, the death of the young players at the training ground,” he said.

“We will dedicate this title to the players and their spirits. We will do our best to win the title. We will never forget those young players.

“It is a sad story in the history of Flamengo and it is a source of inspiration and motivation to exert all our efforts.

“We hope the families will have strength again and maybe winning the title will bring comfort to those of the deceased.”

Flamengo’s former Benfica and Sporting coach Jorge Jesus is confident his side can bridge the financial gulf between the two clubs on Saturday in the Khalifa International Stadium.

The Sao Paulo club have already won the state championship, the Brazilian league and the Copa Libertadores but operate with a fraction of the finances of their Premier League rivals.

“We cannot compare between two good teams easily. Yes, Liverpool has a distinct history in recent years: they have won many titles and they are one of the best clubs in the world,” Jesus said.

“Jurgen Klopp has been with the team for many years and accomplished a lot with them, not only in the English League but Champions League. Liverpool have left their mark on world football.

“We know Flamengo are enjoying an excellent season, so there are similarities. We can say Liverpool and Flamengo may be at the best levels in their history.

“But we know the top clubs in Europe have the budgets to recruit the top players in Latin America and Europe.

“We don’t have the financial capabilities compared to European clubs so I am happy with the level we have reached despite the financial differences.”