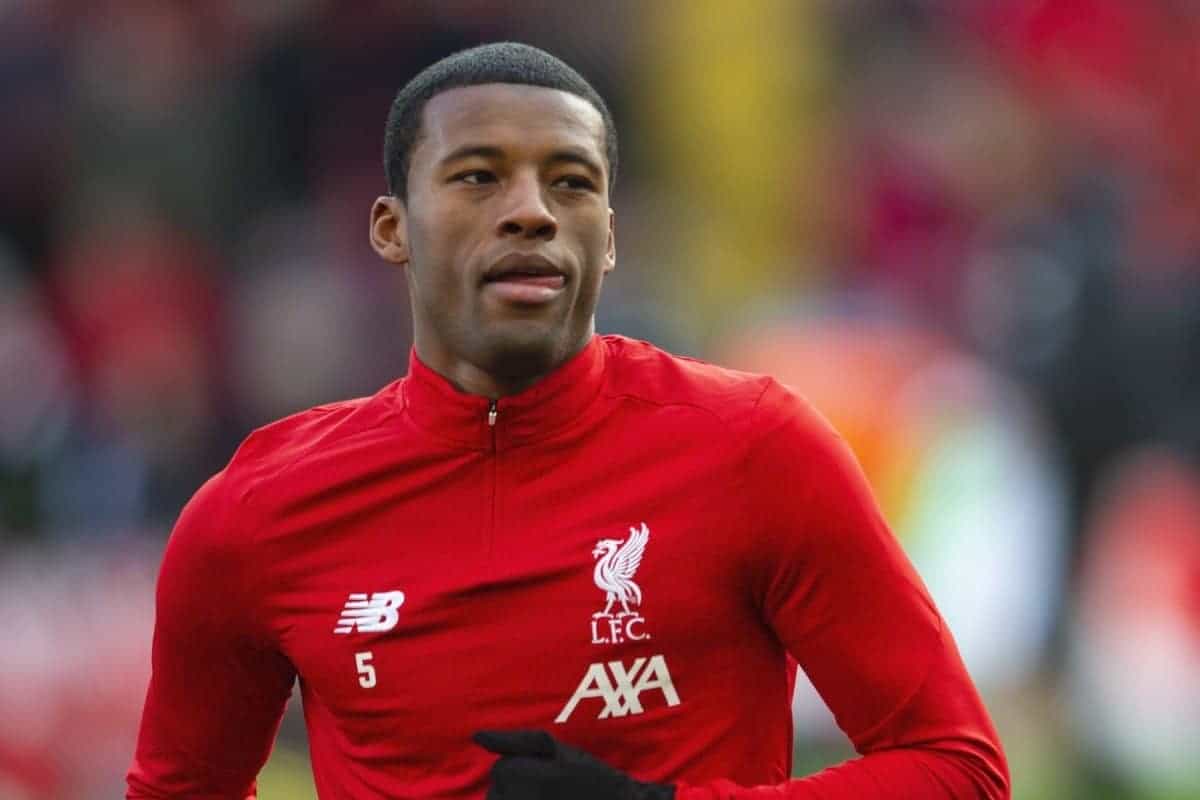 Gini Wijnaldum suffered a suspected hamstring injury at Anfield on Saturday, which could rule the Dutchman out of the Club World Cup this month.

Wijnaldum was forced off just before the hour mark as the Reds won 2-0 at home to Watford, with Andy Robertson taking his place having initially been rested.

It is the latest in an increasing line of injuries to Jurgen Klopp‘s senior ranks during a crucial, busy period in December, with Fabinho, Joel Matip and Dejan Lovren already out for the long term.

And speaking after the game on Saturday, the manager revealed it was a muscle injury, and though the extent is unclear it seems likely Wijnaldum will miss the trip to Qatar as a result.

“[it is a] muscle [injury]. I don’t know anything else,” he told reporters in his post-match press conference.

“[Whether he can travel to Qatar] is actually in the moment one of my smallest concerns—he could probably fly, but my problem is more what exactly the injury is and I don’t know that yet.

“It’s a muscle thing and you never want to have a muscle injury.

“In these moments it always makes it immediately more difficult, but it’s not only us, all other teams have the same problems. We have to deal with these situations, that’s clear.

“We will see—tomorrow we know more.”

Klopp had previously told BT Sport: “That’s of course our main problem, the fixtures are like they are but losing those players in these types of situation is not cool.”

Wijnaldum has been one of Liverpool’s most dependable outfielders since his arrival from Newcastle in 2016, finding himself in the top five for minutes played in every season so far.

This is a testament to his excellent fitness, but if he is sidelined for a lengthy period, Klopp will be required to find alternatives.

Naby Keita has found form of late, which is a huge boost, while there is the option of shifting to a 4-2-3-1 on a more regular basis, with Xherdan Shaqiri, Alex Oxlade-Chamberlain, James Milner and Divock Origi other candidates to step in.

The expected arrival of Takumi Minamino from Salzburg next month bolsters the ranks further, and it could be much-needed given the depleted numbers at Anfield.